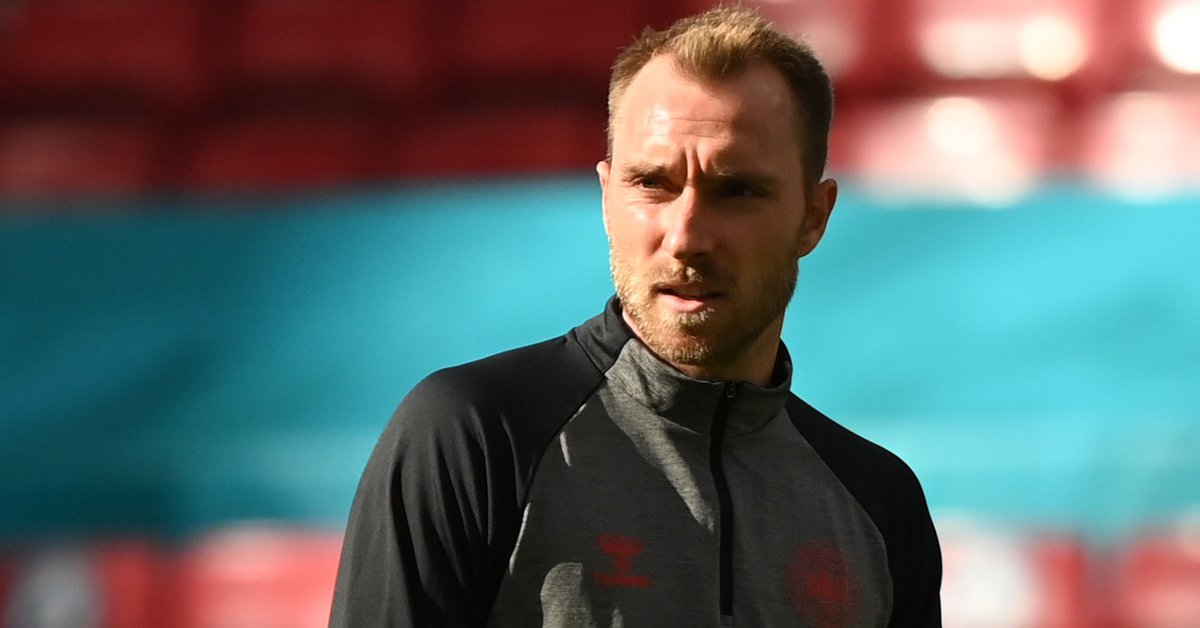 The UEFA German doctor who took care of the Danish forward Christian eriksen During his heart ailment that occurred in the game against Finland in the Eurocup, he recalled in an interview the emotional moment in which the player came back to life.

The 29-year-old Inter Milan footballer was given an electric shock after several minutes of heart massageDr. Jens Kleinefeld told the German media group Funke. “About thirty seconds later, the player opened his eyes and I was able to speak to him directly,” he said. “It was a very emotional moment since in these types of emergencies, in everyday life, the chances of success are much smaller.”

The specialist also revealed that he looked at the Dane and asked him: “Are you back among us?” To which Eriksen replied, “Yes, I’m back,” and then said, “By God, I’m only 29 years old.”

“At that moment I knew that his brain had not suffered damage and that it had returned completely,” continued the doctor. The midfielder answered all questions correctly and was fully conscious at the stadium, but it took time to install the necessary medical operation for his transfer to the hospital, Kleinefeld reported.

Also, in his opinion, electric shock treatment generally has a high success rate among professional athletes in good health relative to the average patient: “I was 99% sure at the stadium that he would reach the hospital and that his condition would remain stable.”

In a scene that left all the witnesses with their hearts in a fist, Christian Eriksen suddenly collapsed unconscious on the pitch in the 43rd minute of the game against Finland., last Saturday in Copenhagen for the first date of the Eurocup. It was later confirmed that the player had been the victim of cardiac arrest.

In a message posted on Tuesday, the player said he was fine despite the circumstances: “Hello everybody. Thank you so much for your sweet and amazing greetings and messages from around the world. It means a lot to me and my family. I’m fine, under the circumstances. I still have some tests to go through in the hospital, but I feel fine. Now, I will cheer on the boys of the Denmark national team in the next matches “wrote the Danish next to a photo taken from the bed of the Rigshospitalet hospital, one of the best care centers in the country.

This Thursday Denmark will have its second presentation at the European Championship, it will be nothing less than against Belgium, one of the candidates, and it is expected that there will be a tribute for the footballer who will be following the actions from the medical center.

At the moment, speculation revolves around whether may or may not play football againl, although it is still too early to answer that question. In this sense, who was his doctor at Tottenham and currently chairs the group of cardiac experts of the English Federation (FA), Dr. Sanjay Sharma, explained that same Saturday: “I don’t know if he will play football again. Frankly, he died today, even if it was for a few minutes, but he died. Would a medical professional allow him to die again? The answer is no. The good news is that he will live, the bad news is that he is nearing the end of his career. If he is going to play another professional soccer game, I cannot say; in the UK I wouldn’t play anymore, we would be very strict about it. “