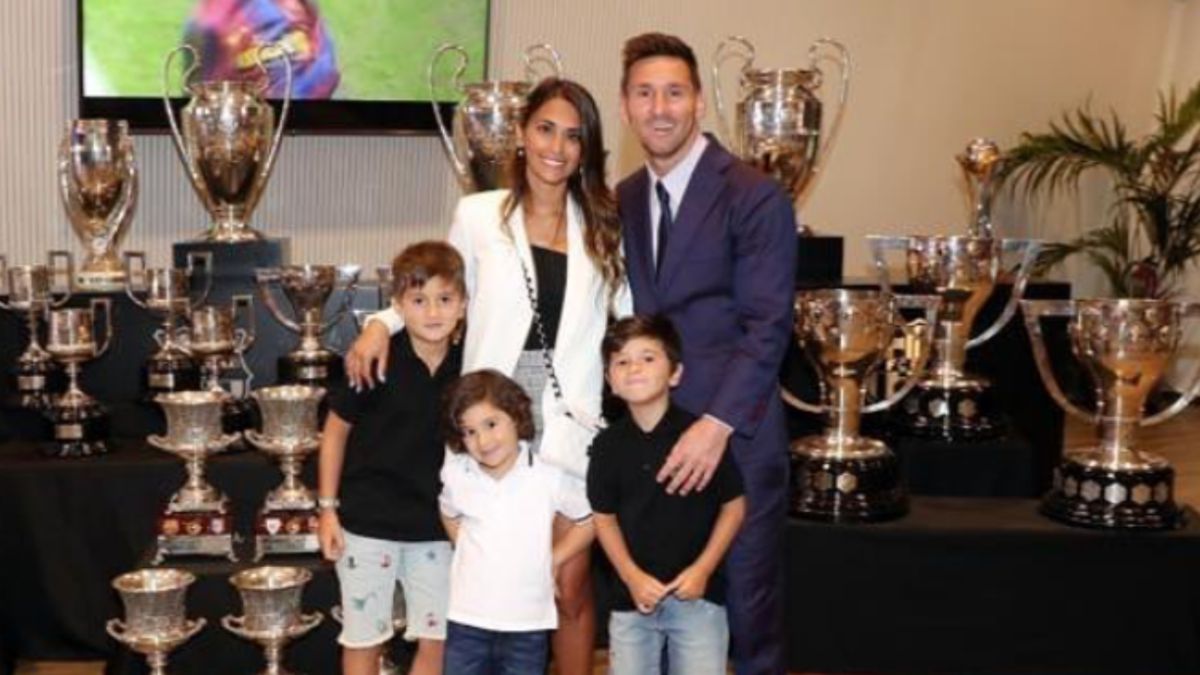 Leo Messi has said goodbye this morning to the most successful stage and that has marked his life in Barcelona and has done so through an emotional press conference surrounded by his teammates and in which the Argentine was seen very excited. How could it be otherwise, the forward has been wrapped up in his family at all times, the same that he has built since he arrived in Barcelona and that will accompany him on his next adventure of which the destination is not yet known.

Precisely his partner and mother of his children, Antonella Roccuzzo, He has also lived very closely a day of the most exciting and that they will never forget, and taking advantage of the occasion he has dedicated a few words to the love of his life on his social networks. “How difficult to summarize in a few lines all these years lived!“, the Argentine began writing about the farewell to the city that welcomed the beginning of their relationship and in which they have become parents of a large family.

“So many emotions that they left their mark forever in our lives. But as the saying goes, what does not kill us, strengthens us! And with the family as a base we will go out to the field again, stronger than ever … We go together wherever it is, but always forward !!!!! I love you my love !! “, declared Antonela Roccuzzo in this difficult and emotional publication, also sharing an image to remember.

Very smiling, with all the trophies that Leo Messi has achieved with the Blaugrana shirt, and also accompanied by his sons Thiago, Mateo and Ciro, Antonela Roccuzzo decided to choose the most special photo of the most special day to publicly clothe the Argentine forward after making the possibly most complicated decision of his life to leave not only the club of his life but also the city in which he has built his life.