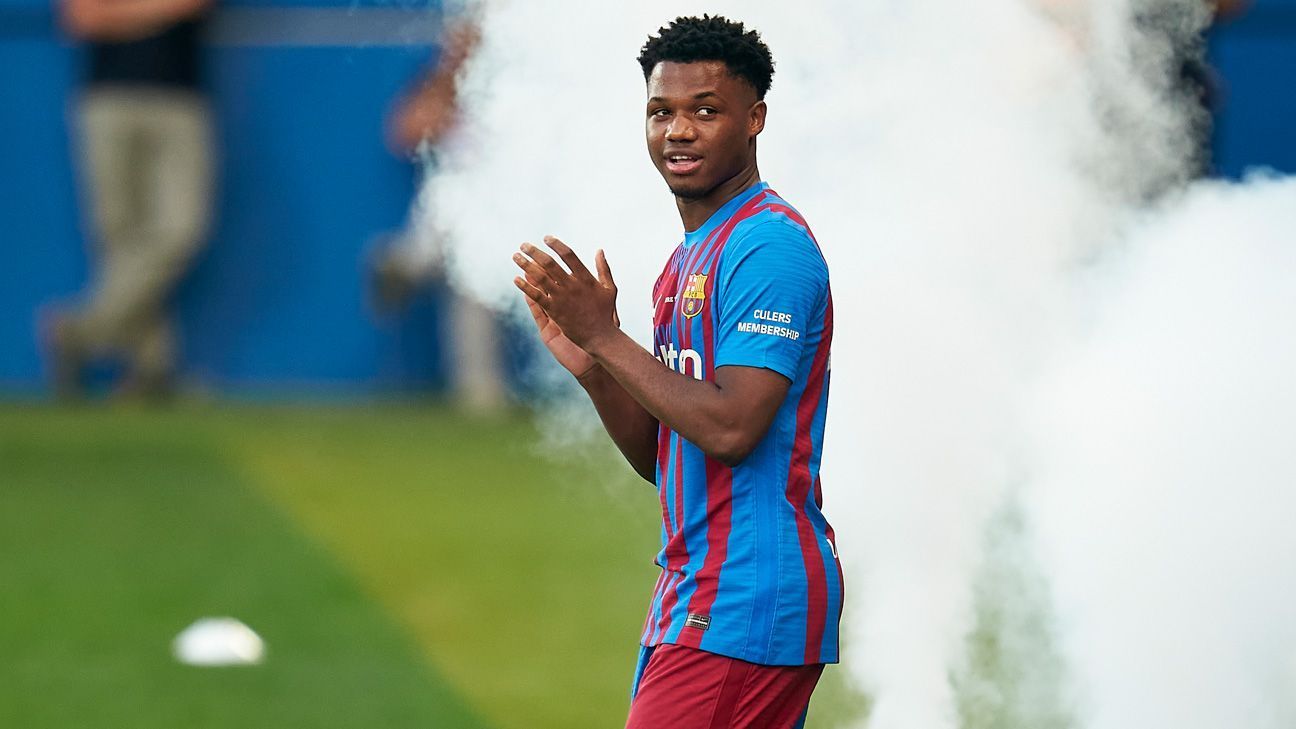 BARCELONA – Ansu Fati he will continue at Barcelona in the long term. The Barça forward, accompanied by his father, met on Wednesday night with Jorge Mendes in a restaurant in the city and in that meeting, ESPN Deportes was able to confirm after the information provided by Cadena Ser, he conveyed his intention to his agent indisputable to renew the contract that ends in June 2022.

As a continuation of said meeting this Thursday, Ansu’s father, Bori Fati, maintained, a source from the entity confirmed, a meeting at the Camp Nou offices with Mateu Alemany, director of football for the Barça club and who was also present at the meeting informal of the previous night, to begin to outline the details of that new contract, which both parties intend to separate from the current one according to which Barça has the power to extend it for two more seasons.

While the young footballer remains focused on the final stretch of his recovery, confident that he will reappear within two weeks after being injured since November 2020, the club has absolute confidence that the case of Ilaix Moriba, even more so after verifying that both Ansu and his father made their intentions clear, even knowing both the delicate economic situation that Barcelona is going through and the existence of the interest of other clubs to offer them a contract, without a doubt, more lucrative than what they can. sign at the Camp Nou.

Barça, whose executives are also awaiting talks with the representatives of Pedri González and Ousmane Dembélé, have already begun to deal with those of Ronald Araújo to extend the Uruguayan central defender’s contract for five seasons, convinced as the club is that all of them must form the backbone of the future project of the club … And understanding that, above all, the figure of Ansu is the main one.

Thus it is understood that Barcelona resolved to offer its young promise the ’10’ that Leo Messi wore at the club for the last thirteen years and that considering him the new franchise player of the entity, he relies on his figure in order to regenerate the image media in order to negotiate with new sponsors.

The intention of Barça, also according to Ansu, is to sign a new five-season contract adjusting a salary, today in the lower part of the squad, rising from the third year.

The club, which does not intend to conflict with Jorge Mendes on account of the current automatic renewal clause, which the representative understands could be invalidated by being signed when the player was a minor, will do everything on its part to reach an agreement In the coming weeks, which is held close in view of the good will of both parties.