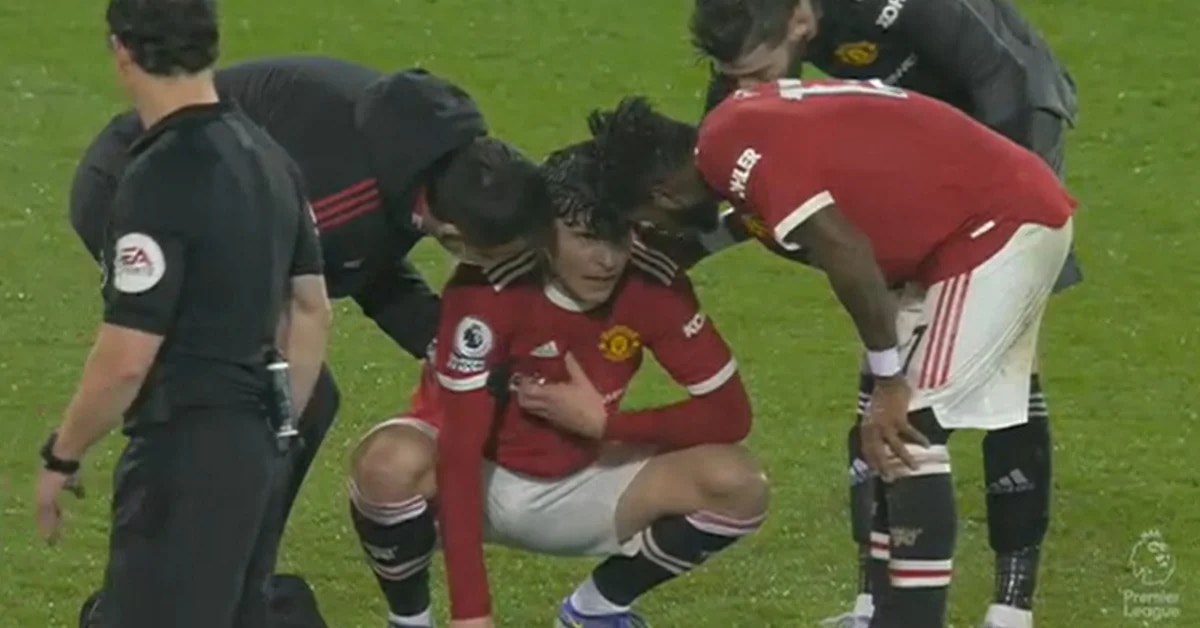 * The situation with Víctor Lindelof that worried everyone

The case forces the world of football to turn on the alarm lights. The different recent events in different teams in Europe put the magnifying glass on what happened with Victor lindelof at Carrow Road during the duel they had Norwich Y Manchester United for the 16th date of the Premier League: accused sudden chest problems and had to leave the game.

The event occurred when the clock ticked 70 minutes and the score was scoreless. In the middle of a variant on the rival, Lindelof showed his first discomfort, placed his hands on his knee and received a quick consultation from a colleague Fred. The request for admission of the doctors was immediate. The 27-year-old footballer, who has been in the Manchester cast for five seasons, squatted down and waited for the stuntmen to appear.

With some symptoms of fatigue, It was difficult for him to leave the court walking and they decided to take him to the locker room without giving further details up to the moment of his health picture.

The expressions of the Swedish footballer – with a past at Vasteras in his country and Benfica in Portugal – positioned the worst ghosts on the English pitch in the face of the repetition of similar cases in recent times. Although it is not possible to draw an exact parallel between all the events, the concern in the environment grows before these images remembering what was experienced by Christian eriksen during June of this year when he played a game for the Danish team for the European Championship.

Another iconic event related to these Lindelof annoyances occurred with the Argentine scorer Sergio Agüero, that for a Barcelona match against Alavés She requested the change for a chest pain that was later confirmed to be related to an arrhythmia. Currently, the Kun remains under medical treatment and without the chance to play professionally until the professionals dictate your medical chart.

After this, similar events took place and some of them were more serious. For example, Charlie wyke, a 28-year-old English footballer currently playing for Wigan Athletic, collapsed during training on the eve of the League One game against Cambridge. John fleckThe 30-year-old also fell suddenly to the ground in the Championship match between Sheffield United and Reading.

Adama Traoré, figure of FC Sheriff Tiraspol, fell lying on the ground during the closing of the match against Real Madrid on the fifth matchday of Group D of the UEFA Champions League. The 26-year-old Malian striker took his chest and called for medical help in the 78th minute of the game.

THE SUMMARY OF THE 1-0 OF MANCHESTER UNITED

Concern after the health problems of two players in the middle of the game: the cases of Eriksen and Agüero that scare
Scare in the Champions League: a player fell to the pitch with chest pain and had to be assisted
Concern for Kun Agüero in Barcelona: he requested the change after a strange gesture of pain and was transferred to the hospital
What is a cardiac arrhythmia and how does it affect an athlete’s career

Another warning light: a Manchester United footballer left the pitch with chest pain