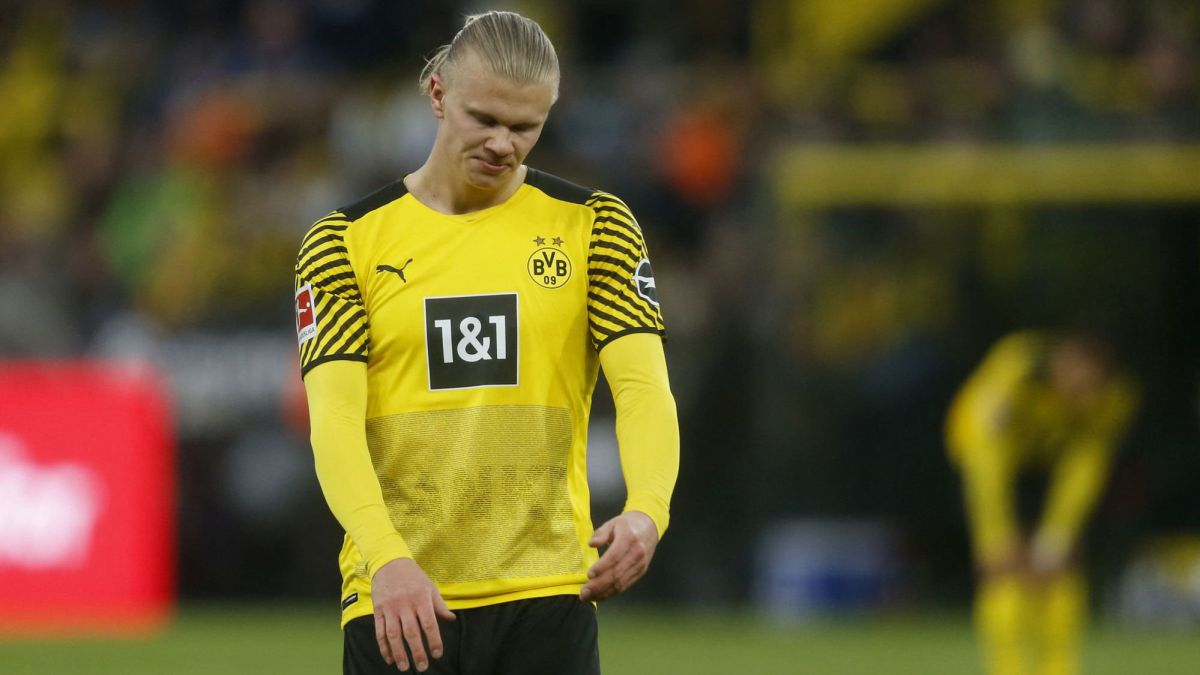 Even though the Red Devils They are still immersed in the fight for Champions League positions and the future of their bench is already beginning to be clarified, Manchester United’s sports project continues to generate doubts. Looking ahead to next season, with Erik ten Hag presumably acting as coach and Ralf Rangnick taking charge of the sports management and the transfer area, the mancunian team intends to execute several renowned incorporations to renew a squad that allows them to fight again for all the titles. Yes ok names like Harry Kane and Declan Rice are still on the table in the Old Trafford officesthe Erling Haaland option, as pointed out ESPNwould have been discarded. But not by Manchester United, but by the Norwegian footballer himself.

This medium claims that “Erling Haaland has ruled out interest from Manchester United when considering his next signing for fear they may not be able to match his ambitions on the pitch.”. A clear demonstration of the uncertainty that, despite the important names with which the Old Trafford team is linked, continues to be generated by Red Devils. And it is that for the Norwegian, in order to make a decision about his future, the economic aspect would not be the most important requirement. “The forward would base his decision only on the “sports project” of a club and not on where he could earn more money”Add ESPN. 8 games before the end of the league competition in England (taking into account that some teams still have pending games to play), the Red Devils They are in 7th place in the table, with 3 points less than Tottenham (51 vs. 54), who are currently in fourth place. Namely, Manchester United are not guaranteed their participation in the Champions League, an essential condition for the Norwegian.

On the one hand, Erling Haaland’s ‘no’ to Manchester United, which according to this medium “came before the club took a step forward in its search for a new coach”, means that the Mancunians have to continue looking for a striker, whether or not Cristiano Ronaldo continues at Old Trafford next season. What is certain is that Ralf Rangnick’s team will lose Edison Cavani next summer and, perhaps, other players on the attacking flank, such as Marcus Rashford and Jesse Lingard, so scoring a goal is vitally important . And on the other hand, that the still Borussia Dortmund striker has ruled out the option ‘Net‘ of Manchester favors, even more, the interests of the eternal rival of Manchester United.

“Manchester City and Real Madrid lead the race to sign the Norwegian if he decides to leave Borussia Dortmund in the summer,” he says. ESPN. However, the citizens They start with an advantage against the Madrid team. The current champion of the Premier League, as well as the current leader of the English league, has been looking for an offensive reference with which to finish perfecting the team for some time. Despite the superiority shown during much of the season, as well as the numerous goals scored this season, there are games in which Pep Guardiola has missed a ‘9’, a killer from the area, who converted the many chances they generate the Kevin De Bruyne, Bernardo Silva and company. And this fact that would lead the Norwegian to the ‘Skyblue’ side of the city of Manchester: “Sources explained to ESPN what Haaland also wants to ensure that he continues his development as a player at his next club and one of the reasons behind his interest in moving to the Etihad is the opportunity to work with Pep Guardiola.”.

Another ‘no’ from Haaland