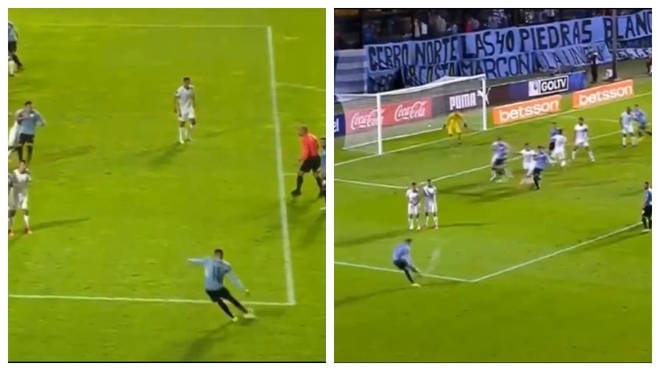 Fede Valverde played last night against Ecuador in Montevideo -He was headline-. The game ended around 02:30, Spanish time. From the Campen del Siglo stadium, Fede picked up his family and paid for a private flight Montevideo-Madrid to be in Spain early this afternoon. And all, for Real Madrid, for their madridismo, effectively proven on several occasions.

Valverde did not want to lose a minute of his rest and of his preparation for Sunday’s game against Celta (21.00). He wants to be at the orders of Ancelotti and hence his gesture: come by private plane, without waiting for the commercial connections he might have after playing in Montevideo, which would have meant arriving in Madrid around 7:00 p.m., with no time at all.

Valverde hired that plane when the game was still ready for Saturday. Then it was changed for Sunday and that favors his presence at the Bernabu against Celta.

‘El Pajarito’ was an essential element of La Celeste in last night’s game in which Uruguay won (1-0) on the hour (Gastn Pereiro’s goal) that places him as third place in the Conmebol Group, taking a giant step to be in Qatar.

Fede He could even get to training this afternoon (5:00 p.m.), put at that time by Carlo Ancelotti with the intention that the South American internationals who played their matches last night arrive. The Brazilians (Militao, Casemiro, Vinicius …) will have it more difficult, since their match against Peru at home ended around 04:00 in the morning, Spanish time. They will arrive in Madrid today not before late at night.

In October, Real Madrid will have this same problem with the South Americans, since, in principle, if there are no changes, There is also a triple Conmebol date.