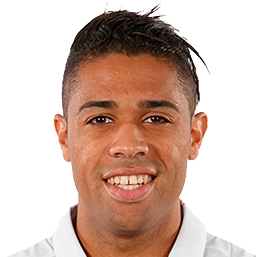 The final stretch of the transfer market is turning into an exit door for Real Madrid. Casemiro will not be the last player to leave the club. The next could be Mariano Díaz. Contrary to what had happened in recent seasons, the Hispanic-Dominican striker is open to a change of scenery this summer. In view of the little prominence he has had in preseason and that Ancelotti does not seem very willing to give him opportunities this season, Mariano has decided that he wants to seek his luck away from the Santiago Bernabéu, but on one condition: play in LaLiga. The Real Madrid striker still wants to continue playing in Spain and prioritizes it over going abroad.

Mariano has gotten tired of not having a leading role at Real Madrid and that’s why coincides with the desire of the club to separate their paths. The Hispanic-Dominican has been practically unprecedented in the last three seasons (1,161 minutes) and believes that the time has come to land in a new destination where he will feel useful again. Throughout the summer, there have been several clubs with which he has been related, but finally those rumors have not come to fruition. Celta, Getafe, Sevilla, Rayo, Espanyol… are some of the teams that were supposedly interested in him, but none of them came up with a firm proposal.

Marian returned to Real Madrid in August 2018 after having scored 18 goals in Ligue 1 with Olympique de Lyon. He signed for five seasons and cost the white club 21.45 million euros. His return to the white club was used to cover Cristiano’s departure for Juventus. Nevertheless, the Hispanic-Dominican has not finished having the confidence of any of the technicians who have passed through Madrid in these four years. This lack of opportunities adds difficulty to the movements aimed at finding him a destination, but there is still time for the market to close and there are several Laliga teams that are still looking for a striker.

And now Mariano can leave