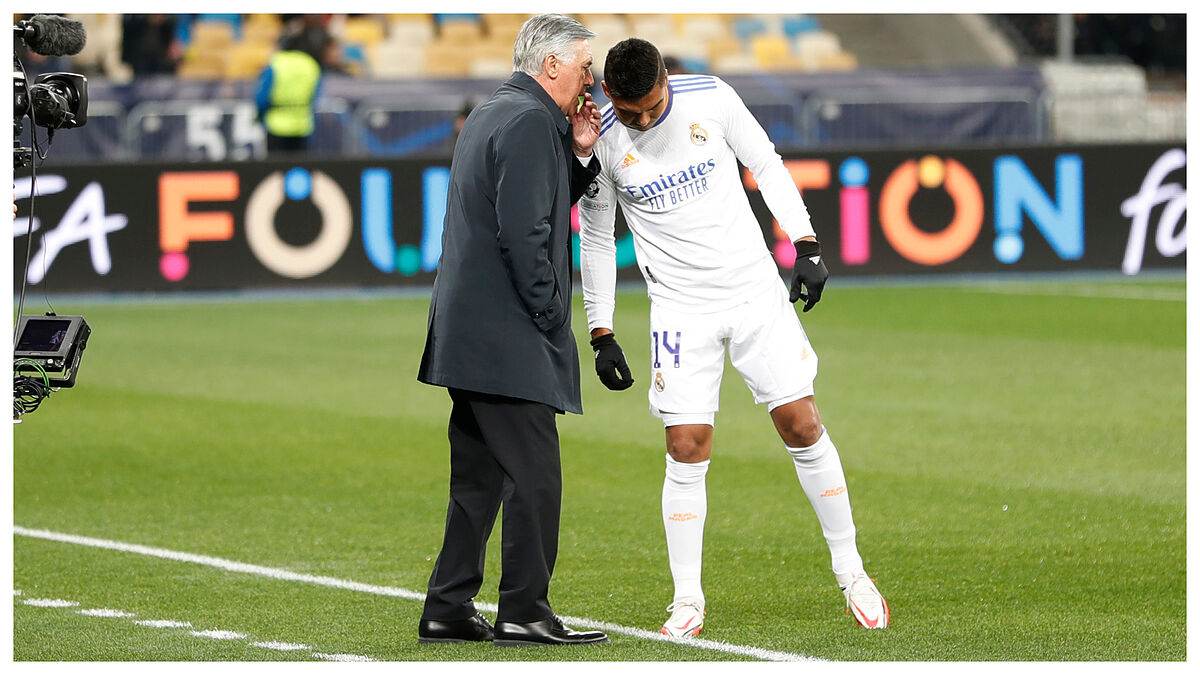 Carlo Ancelotti has just reviewed the news of Real Madrid before the decisive game against Inter.

So far the press conferences of Ancelotti and Casemiro.

“He is one of Inter’s key players, but not only him. It is a team that moves well with and without the ball. We must have good control in both phases. Naples? I left the team in the second round of the Champions League. I did my job “.

“He’s smart. He’s adapted very well. He wanted to play for this team.”

“The priority is Inter, not Atltico. That will be on Sunday.”

“Inter’s is a prestigious game, against an opponent who is playing very well. We play first place and in our stadium. They are three important points.”

“It is difficult to compare. We did not win, but we stayed close. Modric’s injury was important then. Each year has its history, it cannot be compared.”

“He has improved a lot tactically. Individually he has enormous qualities, but what has improved is how he plays with the rest of the defense.”

“I don’t have to prove anything to anyone. I have a young coaching staff, combining their enthusiasm with my experience.”

Europe and the level

“You can compete with everyone for quality, experience … Nothing else. If you want to win you have to meet the best, it doesn’t matter in the eighth or fourth. I don’t know if we’re going to win; I know we’re going to compete.”

“The requirement is the history of this club, the one that has won the most in Europe. It is because of that requirement. If you are here, you have to know it. we celebrated, but we knew that the road continued. “

“The idea is to prepare well for each game, not that. Tomorrow we want to beat a strong team. The aim is to reach the end of this competition, which is very difficult.”

“We are showing quality and commitment. Sometimes one is imposed and in others, the other.”

Ancelotti: “The demand is the history of this club”