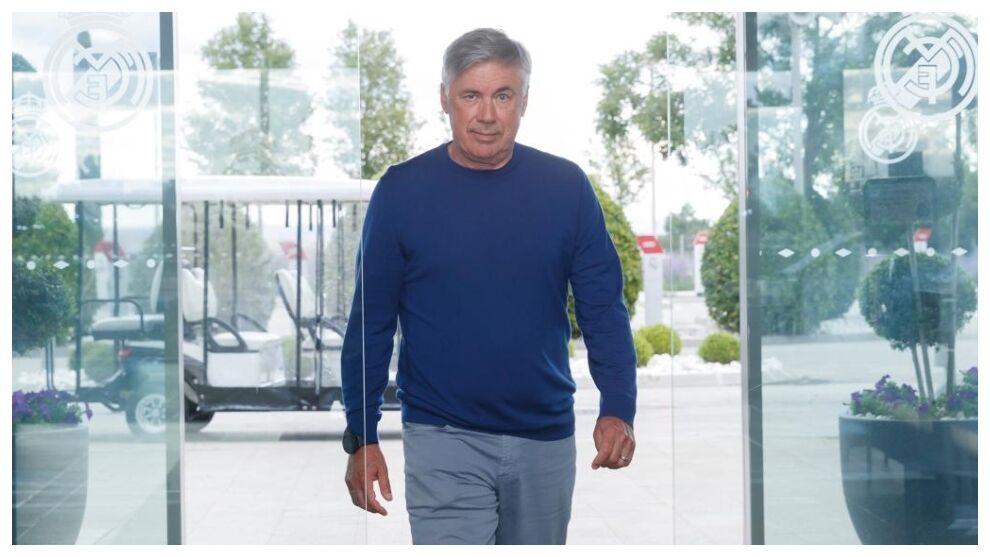 Real Madrid start preseason training tomorrow. The team returns to work at the Valdebebas Sports City 44 days after closing the season passed on May 22. In the morning the template will pass the pertinent medical examinations and in the afternoon, at 6:00 p.m., they will do the first training.

Ancelotti starts his second stage in front of the Whites with only 13 first team players (Lunin, Carvajal, Nacho, Marcelo, Odriozola, Mendy, Isco, Odegaard, Lucas, Mariano, Rodrygo, Brahim and Jovic), 16 absences (Alaba, Bale, Modric, Varane, Benzema, Kroos, Hazard, Courtois, Fede, Militao, Casemiro, Vinicius, Asensio, Ceballos, Vallejo and Kubo) and 10 youth players (a selection of Castilla and youth A and B). A preseason in which not be Ramos and in which Marcelo will release his status as first team captain.

Ancelotti leads the great revolution that Real Madrid has done in the technical structure of the first team. Together with the Italian technician and his assistants, the other great prominent figure is that of Antonio PIntus, new maximum responsible for the physical plot that he was already with Zidane and which the club has recovered after the departure of the French. Finally, another who returns is Luis Llopis, as the new person in charge of the work with the goalkeepers.

Pintus is the great bet of Real Madrid to give a twist to physical preparation, much questioned by the club throughout last season, mainly due to the plague of casualties that punished the team throughout the year and that brought him close to the 60-injury bar.

“To return to Real Madrid is to return to my house, and I am going to put all the energy to have the team as high as possible”, aim Ancelotti facing a second stage in which he has the main objective of returning to the path of the titles after a blank year.

The week of the ‘transfers’

Ancelotti start the preseason under minimums because of the national team commitments. Right now he has nine players on vacation after playing the Eurocup (no longer representing Madridistas) and the America Cup, where they are still in competition Casemiro, Militao Y Vinicius. In addition, Asensio, Vallejo, Ceballos and Kubo They are concentrated with their teams to play the Games. Total, 16 absences that leave the first weeks with only 13 players from the first team.

“To return to Real Madrid is to return to my house, and I am going to put all the energy to have the team as high as possible”

In this sense, the week of July 19 to 25 will be key to recovering troops after the holidays. In that week they should be incorporated Alaba, Bale, Modric, Varane (with his continuity in the air), Karim andKroos. At the end of it they will be able to do it Hazard, Courtois and Valverde. Therefore, before the end of the month Ancelotti will already be able to have almost 80 percent of the workforce.

Regarding the friendly match schedule, the agenda has not been closed but the club is working to complete at least three preparation matches against European opponents. The location of these commitments is still undecided due to the pandemic and the changing health laws in the countries.