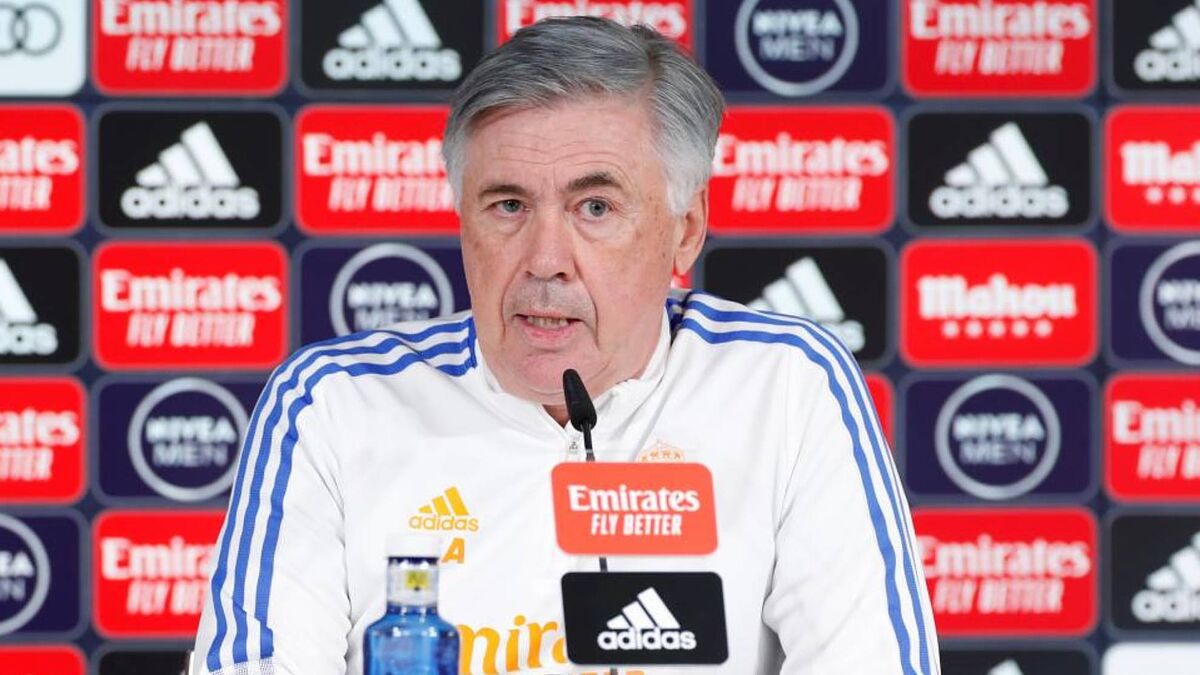 Carlo Ancelotti has offered a press conference in Valdebebas to analyze tomorrow’s game starting at 6:30 p.m. against Vallecano Ray. The coach has announced that they are low David Alaba and Gareth Bale. The coach admits that they are still working on pressing higher up again, he has acknowledged that they have suffered more than expected in recent games and has supported Lunin in the conflict between Russia and Ukraine.

Tomorrow’s rival: “It’s a complicated game because Rayo is doing very well, I think it’s going to be a game that demands a lot from us but we’ve trained well”.

How does Ancelotti feel: “I am optimistic, it is true that we have to evaluate what is happening. We have suffered a little for many reasons and we can say that we are better now, I think that in the match against Alavs we have reacted well. We have time to improve and hopefully we will show it tomorrow.”

Ball: “Tomorrow Bale is not going to play because he will not be available for the match and he will return next week with Alaba who is also out”.

The conflict Ukraine and Russia and Lunin: “I have spoken with him, also the president, to show him our affection. War is a horror, the only thing we can be close to him.”

Asensio: “He’s doing well, he’s motivated and there are many games in which he makes the difference. He has sentenced the game at times. He doesn’t just score goals, they’re also important”.

The conflict in this century: “I agree with Nadal that it is very rare for this to happen in the 21st century. We have to think and hopefully it will be solved soon. It is true that this is very rare in 2022. My grandfather told me many things about the war.”

Barcelona in the league: “It is not easy to win in Naples and they are doing well. You can always fight for the League”.

The day to day for Lunin: “It is clear that he does not have the spirit of before. He has people close to him in Kiev, his mother and friends and it is normal for him to worry. The coach helps him and he is very serious.”

Casemiro’s loss against PSG: “What can I tell you? It’s an idea to use a replacement if there are friendly matches, but we have two finals and I’m going to play the best team against Rayo and against Real. A replacement could be Kross and he doesn’t need to try because he has already played oh many times.”

League or Champions: “The two are important, we have started with four and we have won one. It will be important”

The first times of Madrid: “It’s not physical, because you go down in the second if that’s it and we do better in the second half. We’ve talked about this and it’s good for us to play against Rayo because they’re one of the best teams in the first half hour. Tomorrow we’re going to start well “.

Bet a dinner that they win La Liga: “I don’t bet, it doesn’t make sense. We are doing well in the league.”

If you already know the spare parts for Casemiro and Mendy: “I have players with a lot of experience and I don’t need to try. I haven’t thought about replacements because we have two finals before in the league”.

How the idea of ​​changing was conceived: “The story of this season was that we started with a very clear idea, defending with 4-4-2, but with the loss against Espanyol we tried to defend with a low block and it went well, winning ten games in a row, but later we had more problems and we have thought about pressing higher now”.

Ancelotti: “It is true that we have suffered for many reasons”