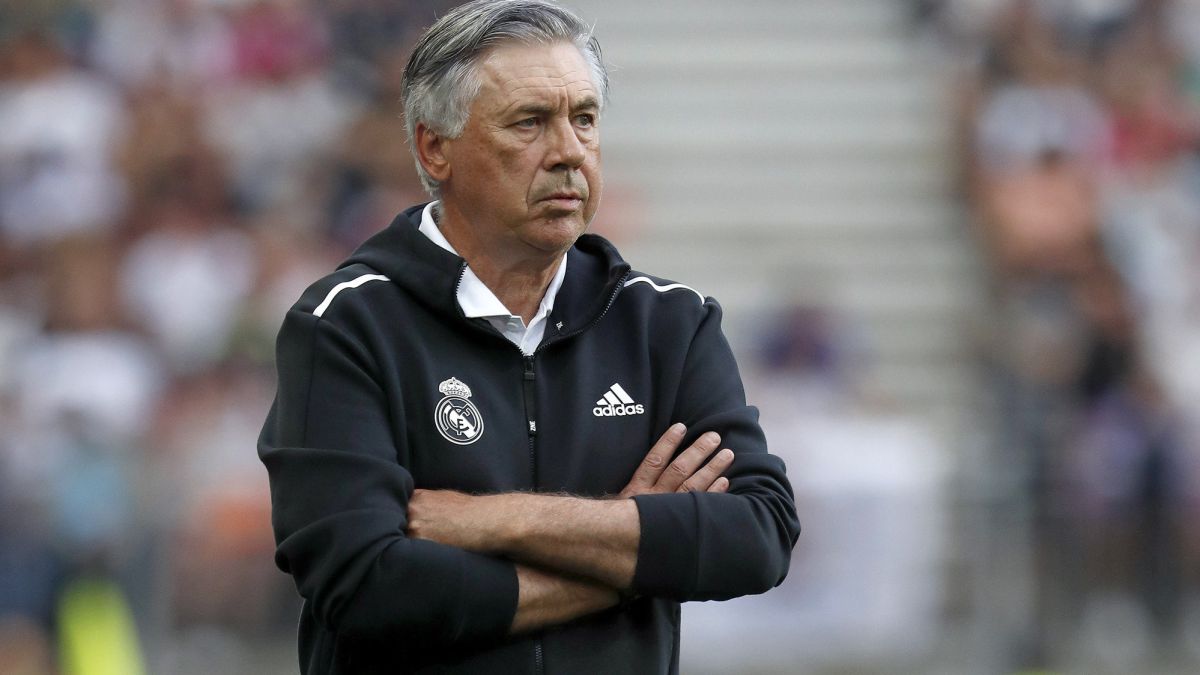 The second preseason pandemic Real Madrid has lowered the curtain under a predictable scheme. Carlo Ancelotti has inherited a team with chronic problems (the goal, in capital letters) and the one who has barely been able to shoot for the Eurocup and headline injuries that he also found when signing his contract. Four games to prepare with a single victory that leave Madrid on the verge of starting the League (on Saturday, in Vitoria) with the house half-swept, moving boxes still in the living room and the new tenant still evaluating how the partitions are . Apparently and almost more so not seen in this preseason, this Madrid is still half done …

The goal is still elusive

Zidane’s Real Madrid finished 2020-21 with just 88 goals, the lowest figure in the last decade, and although Carletto He asked for a redoubled effort from his new players during his presentation, the targets still do not arrive. The Italian knows that if he wakes up with the long-awaited signing of Mbappé it will be a gift from heaven and that he has to work what there is. Without Benzema, Madrid does not spit fire. Leaving aside the 3-1 to Fuenlabrada in the first test, as soon as the game mode increased in difficulty, the problems came. Between Rayo Vallecano, Rangers and Milan, just two goals, one of them from a penalty (to the franjirrojos). Only Rodrygo, with his goal in Glasgow and showing the world that his place is on the left wing, seems to want to join the party where Karim plays the music. Insufficient.

No one offers to help Karim

Mariano and Jovic are not once again an alternative to the starting nine. Mariano scored a goal at Fuenla on 3-1 of the first trial and faded. Jovic, who came with a suspicious profile, has left some detail such as the pass to Bale that ended in a penalty for the Welshman against Milan. His back game is still consistent, but goals, not one. Two forwards who have not been able to redeem themselves, for the moment, not even with the change of cycle on the Madrid bench.

He knows all eyes are flying over him, but David Alaba seems immune to the pressure. He debuted very smoothly at home in Austria, against Milan. He was seen to be empathetic with Nacho and with an attitude of wanting to be a boss behind. He even dared with a long left foot that forced Mike Maignan to do the afternoon stretch in Klagenfurt. It does not weigh or wear the iconic 4 of Ramos. “My adaptation is not being difficult,” he assured after the 0-0 against Milan. The final test will start from Saturday when he faces a real threat, but Alaba transmits good feelings in a year in which he has to go no more, make it not noticeable that Ramos and Varane are not there. Ancelotti, around here, breathe easy.

Bale and Odegaard, heads and tails

Two returns that have turned out contrary to expectations. Gareth was a mystery and more knowing that he is in the last year of his contract. He was not seen in Glasgow but he was seen a lot in Austria. Incisor (four shots) and fast, participatory and eager. It was requested the penalty from the Calabria rossonero, but then the launch was pretty poor and Maignan stopped it pretty easy. It comes from missing another maximum penalty, with Wales in the Euro, but it is not a drama for Ancelotti, the usual pitcher seems defined: Benzema. Good attitude and presence in the game. With Odegaard, it’s another story. The Norwegian returned from his assignment at the Emirates thinking that it was going to be important and although he scored a goal, against Fuenlabrada in the first friendly, he sounds the alarms. Uncomfortable in the tactical drawing against Rangers, Ancelotti relies more on Isco, as seen against Milan. Its continuity is far from assured and Ceballos is still missing.

Headlines with no return date

Evidence without the pieces that you are going to use later. This is what good old Ancelotti has got. Between injuries, Euro vacations and Euro injuries, he hasn’t had the ability to experiment yet with Benzema (the positive for Covid disrupted the terms of his return), Carvajal and Mendy (injuries carried over from last season), Valverde (touched), Hazard (He leaves tactfully after his umpteenth injury with Belgium) and Kroos, who suffered a pubalgia at the beginning of the preseason. Many carats without glistening on the team. Karim and the Belgian can reach Mendizorroza, but without any competitive pace …

The quarry does not fail

At least, if there is something for Ancelotti, as Zizou could see, it is that the Castilla boys are not big on shoes. Miguel Gutiérrez has been, at least, at the same level as Marcelo and Antonio Blanco has handled himself with enormous ease in midfield. They were the best in Ibrox Park. Chust, Gila, Arribas and Marvin are an extra for the transalpine coach. Factory it is for what they throw at it, which is not little.