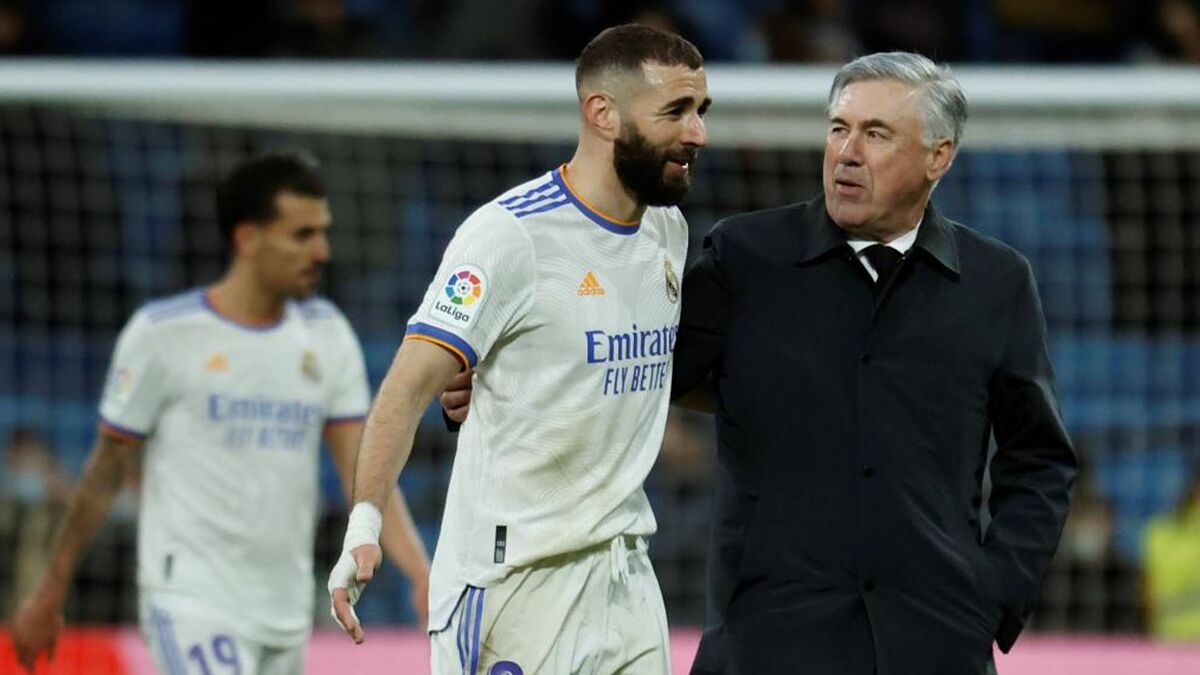 Lto defeat against PSG in the Champions League he opened a period of reflection in the dressing room of the Real Madridwith the coach Carlo Ancelotti and the heavyweights of the squad at the head. More because of the sad game played than because of the result, everyone agreed that the time had come to change things. The day after the defeat in Paris was a day of analysis and meetings. Several of the captains spoke with Carletto of the situation of the team before the whole group got together to make a diagnosis and find solutions to a trend that was no longer ideal (a week before the Cup had been lost in Saint Mams) and that had its most critical point in the duel at the Parque de los Principes.

Some players suggested Ancelotti raise the pressure line, something that the coach was already pondering after analyzing the game with his coaching staff. Real Madrid took off this season when they decided to lower the block, bet more on wrapping up the defense and go on the counterattack with the fastest players. The formula worked thanks to the good timing of the three midfielders and the physical fullness of Benzema and Vini in attack. However, as the games went by, the feeling that the field was getting longer and longer for the players began to affect the squad. Some players like Modric also missed having more prominence with the ball. So they passed it on to Carletto.

Ancelotti, thinking about the second leg with PSG, admitted that the change of plan is on the table. I let it glimpse last week, in the run-up to the duel against Alavs, and he confirmed it 24 hours after meeting the Vallecano Ray. “The story of this season was that we started with a very clear idea, to defend with 4-4-2. But with the loss against Espanyol we tried to defend with a low block and it worked out well, winning ten games in a row, but after We have had more problems and we have thought about pressing higher now”.

steal closer to the area

The idea of ​​​​Madrid is to steal closer to the rival area so that Benzema and Vinicius, mainly, are more lethal and so that Modric can be even more of a protagonist with the ball. The new plan, yes, requires more energy, so players like Faith Valverde and Camavinga. There are players in the squad who do not understand how little prominence Carlo is giving to the Uruguayan and the French, no matter how much they Casemiro, Kroos and Modric they are indisputable if they are one hundred percent. In the opinion of many of the players in the squad, Madrid needs more strength in the team and that is provided, above all, by the two youngest midfielders in the squad.

For the duel against PSG, Valverde seems fixed in the eleven due to Casemiro’s suspension. Ser Kroos the pivot, with Valverde and modric ahead, the Uruguayan being in charge of launching the pressure. A risky plan considering that in front they will be mbpp and Neymarbut the best to try to turn the tie around and hook Bernabu, key to the comeback.

Ancelotti he renounced the high pressure plan in his day due to the physical qualities of his starting midfielders, but he understands that the team is prepared to give a physical plus on the pitch. In Vallecas, this afternoon, a new test to polish the plan for 9-M, the key date.