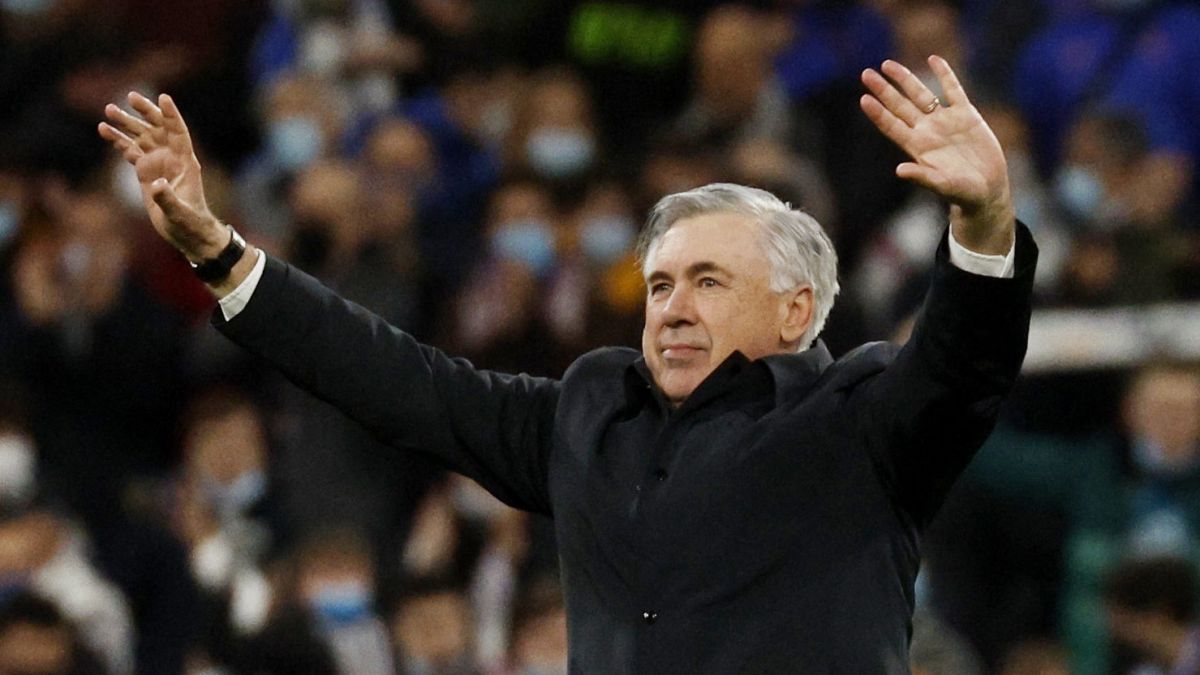 “Good afternoon”, look at the microphone and everything is ready. Carlo Ancelotti spoke on the eve of the Clasico and he exuded temperance again, moving away from alirones and checkmates to the eternal rival in case of victory. About Benzema and his withdrawal, already confirmedwas forceful: “In Paris he played because he could, but this time he has not trained for a day with the group and still have some discomfort. He will not go to France either. He stays in Madrid“.

Happiness in the stands and seriousness on the pitch… Is that the formula?

“If happiness is at the end of the game, yes. Seriousness is key, of course. A Clásico demands a lot, it’s a special game that will force us to get the best out of it. We go with confidence”.

“We will play the match that the fans want,” he said before PSG. What match will Real Madrid play tomorrow?

“An equal one. Or even better. It will be one with many facets, counterattacks, low blocks… We played against a very strong team and we will have to play a complete game. If we think that with only one thing we will win, we are wrong.”

“Both he and Mendy can’t play and they won’t go to France either. They stay in Madrid.”

Would Benzema have risked if it was a final?

“Not risking, we have never risked. In Paris he didn’t risk, he played because he could. But not tomorrow, because he hasn’t trained with the group. He still has some discomfort”.

Who will be the replacement?

“It’s already decided, but I’m not going to tell you.”

Can you win a Clasico without Benzema?

“I think so. Karim is a very important part, because he finishes all the work, but without him you just have to keep up the work and look for different solutions.”

Are you worried about all the injuries you are suffering from? Do you think a signing like Haaland would come in handy to oxygenate him?

“I’m not worried. He’s 34 years old and it’s something that can happen, but every time he’s come back he’s made a difference. And what he’s suffered are minor inconveniences. In these two weeks he’ll recover and come back to be important”.

How concerned are you about the extra load of minutes you are having, for example, with your return to the national team?

Evaluating his future is a task that we will have to do, but this season he has played fair. His absence has not affected, because he is still top scorer in Primera. When he has been injured, he has taken advantage of it to come back better and make a difference. I think he has had injuries in just the right amount of time; now, for example, he is not going to go to France and when he returns he will be fresher.

If Barcelona doesn’t win, is it out of the fight for LaLiga?

“If we win we have three more points; if we tie, one; and if we lose, none. I wouldn’t rule out Barcelona in any case. Because they’re going to fight until the last game”.

What opinion do you have of Xavi and what party do you expect him to propose?

“Barcelona’s identity hasn’t changed. It’s a team with a very clear style and Xavi embodies it perfectly. Barcelona have improved a lot, they’re in a good dynamic. My opinion is that they’re doing very well.”

Why doesn’t Bale play at the Bernabéu? Is it an option for the tip?

“Yes, like Mariano, Jovic, Asensio, Isco… There are many, but I have chosen the one that I think is best for this match.”

Are you happy with Hazard and Bale?

Yes. Obviously players of that level want more prominence. If they have not had it, it is because I have chosen others based on a professional issue. But they have never missed a training session.”

How is your relationship with the players?

“I’m still on my honeymoon. I’m happy, happy; I feel respected by everyone. Inevitably, those who don’t play suffer, but my job is to make decisions that affect. All my players are very professional.”

Nacho will be captain. What is your opinion of this?

“He is a player with a lot of balance in his character. He knows perfectly what his role is in the squad. It doesn’t affect him whether he plays or not, he maintains that balance and allows him to have a very high level of professionalism”.

What style should Madrid have in these games?

One that embodies the characteristics of the players. That’s what all teams have to think about. If you have players capable of making a good possession, you can play that; if you have good defenses with your feet, you come from behind; but if not, for example, the long ball is a great option. I never rule anything out. From my experience, I have always tried to apply a team in which the players are comfortable, never force them to play in a way that they feel uncomfortable. For me, football is not just a style, you have to be able to play in various ways. And this template has such quality that it can do it.

Two years without a Clásico at the Bernabéu…

The last time was unforgettable. We all have in our hearts what happened. Our fans and we will want to repeat it. It can”.

Ancelotti: “Benzema is 34 years old and this could happen”