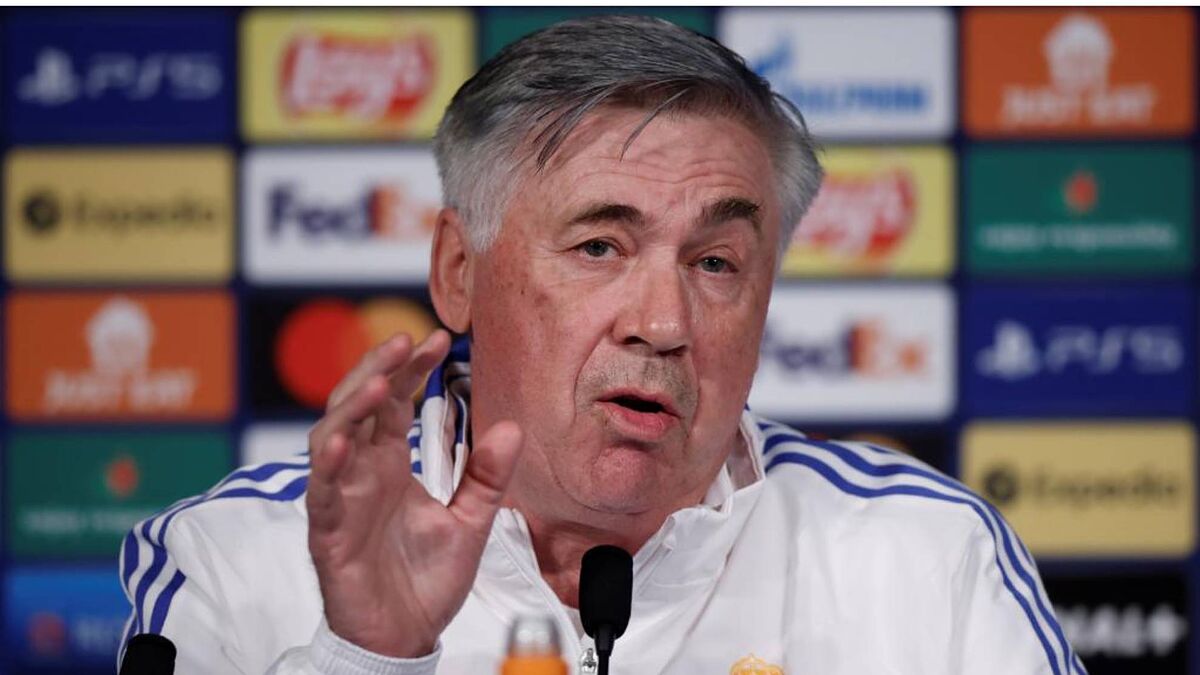 Carlo Ancelotti appeared from the press room of the Parque de los Prncipes in the preview of the match against PSG. The Italian coach hopes to be able to count on Benzema, although he made it clear that he would not force it in the slightest. Carletto foresees a tough battle between two teams that he describes as very recognizable.

“The feelings are good, we have all the confidence in the world. A difficult game, against a difficult opponent, against a team that has the aspiration to win the Champions League, like us. It could be a final. We want to eliminate a rival that can compete in the Champions”.

Where is it more difficult to train, in Paris or in Madrid?

“Training isn’t difficult for me. The bigger the club, the more I enjoy it. It’s a pleasure to train in Madrid and to train in Paris”

“Bale has not disrespected his teammates, he trains well, he is professional… He wants to finish here as he deserves. Because he has helped win Champions, he has done important things… And I think that finishing here well would be good for his career.

Will he play with a fourth midfielder?

“Good question… We played 4-3-3, but a midfielder could fit in that position.”

What do you think Mbapp thinks before this match?

How to prepare the match

“PSG is going to have possession and danger in the transition. And Madrid is the same. We have touch and vertical play. We are two similar teams in this sense. I think the two teams play similar football. We have to win the game by doing a Full match”.

13-0 from Madrid to PSG in Champions. More pressure for PSG?

“The pressure that both teams have is to play against a great rival. We don’t have to think too far ahead. We have to prepare well for this game, manage the pressure… It’s not an obsession, it’s a motivation. We play against a team big, in a spectacular stadium… I always think we’re going to get him out. It’s not a difficult game to prepare for, because the head, which is the most important thing, is one hundred percent. The coach has to make a plan, but we’re two recognizable teams and neither for PSG nor for us is it very difficult to prepare for the match”

His memory of PSG

“I have excellent memories of the time I spent here. The fans were very fond of me. Mauricio is doing a great job, it’s not easy to coach a club like this, because there’s a lot of pressure. The most important thing is to win, of course. It’s more than that, it’s a top match”.

“I have to listen and make the decision. The medical discharge already has it. He has trained by running and sprinting, but you have to see the feeling. But the coach has to wait to see what he says. The player hasn’t played for a month , but it’s Karim. If he’s okay, he has to play”:

Ancelotti: “Bale wants to finish at Real Madrid as he deserves”