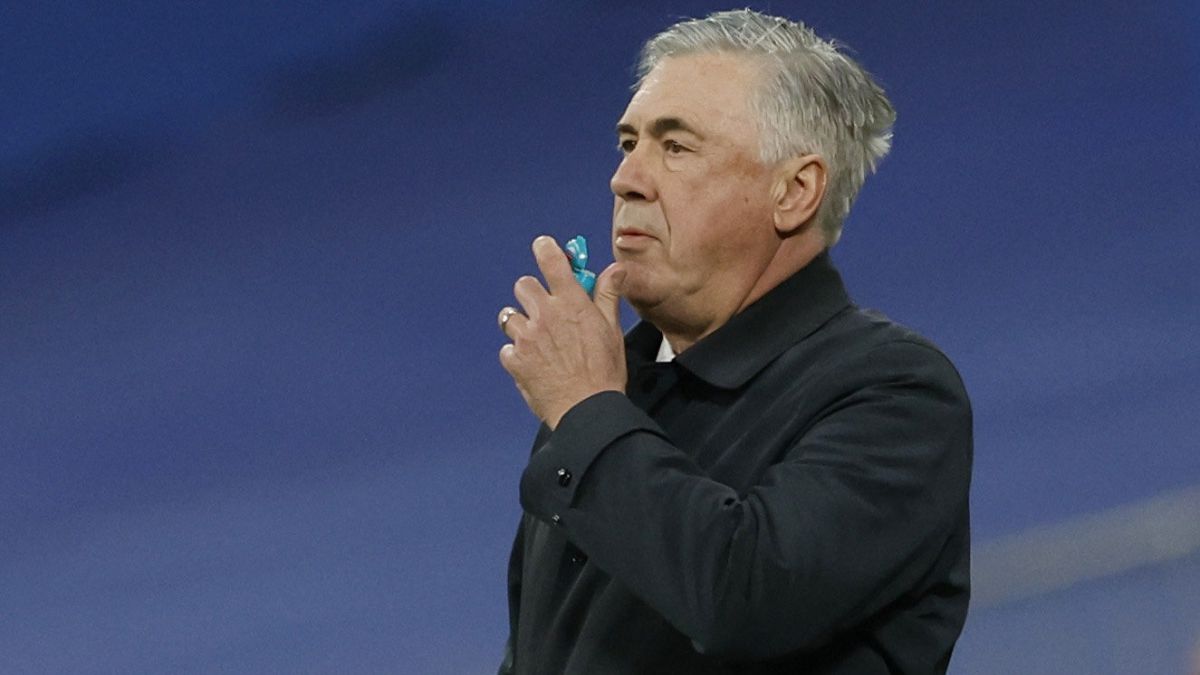 Ancelotti appeared at the end of the match at the Bernabéu. in the flash interview of Movistar LaLiga, to give his first impressions of the victory against Granada.

has cost: “Yes. We reacted. The goal was to win the game. We had a very good second half, well deserved… It’s not our best moment, but I expected this from the team, a good reaction and three points.”

Asensio’s goal: “He’s doing very well. He’s scored a lot of goals. He has commitment and quality. We’ve had casualties, but the others have played a good game, also those who have entered. Hazard and Jovic were there to fight and try to win”.

Do you think that Asensio has taken the step forward that was expected of him?: “I have no doubts. He has been doing well since the beginning of the season.”

Hazard and Jovic, substitutes: “Jovic has had COVID and it has cost him a bit to get back in physical condition. Now he is better. He is an important piece for when Karim is not around. I have not put him in because he is not yet 100% physically”.

Valverde: “He has entered with a lot of energy and has helped us a lot”.

Six point difference in the lead: “It’s good that we have a week to work and prepare for the next games, which are going to be interesting. Villarreal is a good team. A good time to have a week off. We also have to think that we arrive on Thursday at three o’clock morning and the physical aspect has cost us a bit”.

How do you rate this long-suffering victory: “There is very good news for the three points, because we have taken it out with a very good second half, the team and the players have complied… It is not our best moment, we all know that. But we have a week to recover the important casualties that we have had and prepare well for the next few games. The reaction of the team was good. What they entered gave the team a boost”.

Isco as ‘9’. What did you intend? “The center forward is Karim, Jovic and Mariano. Jovic has come out of the virus and is still not in optimal condition. Hit him from the start… Isco handles the ball better between the lines and has less depth than Jovic. Jovic has delivered. He has been dangerous and has put more energy in front”.

Great goal from Asensio. Has he earned the right to be a regular?: “I don’t know. What I can say is that it’s very important for what he’s doing this season. He’s scored a lot of goals. He’s committed, he works well, he’s serious… It’s very important for us. Today we won a game thanks to his best quality that is the shot”.

Are Benzema and the others going to arrive at 100% for the PSG game?: “The week is very important for us. It has been a very complicated period with many trips. We have not reached this game at 100%. This week is going to be very important to recover the six casualties we had”.

Do you want to claim that you have won the match?: “No, I don’t want to vindicate myself. I know how this works. We coaches are protagonists, but the first page has to be for the players. We played an important game and I thank the players for their commitment. The fans have also helped us a lot in the second part”.

What did you talk to Mateu Lahoz at the end of the game?: “He explained to me the situation with Valverde, which didn’t seem very clear to me. I think Mateu Lahoz is the best referee we have in Europe”.

Have you encouraged Asensio to be more vertical?: “He has returned this season after a difficult period with injuries. He has returned with confidence. I don’t need to tell him that he has to shoot, he knows it very well, that he has a stone at his feet. It is very important and dangerous for us. He has scored a lot of goals and given a lot of assists, but he has also had a defensive commitment, which is very important for us”.

Ancelotti, after the victory: “It’s not our best moment…”