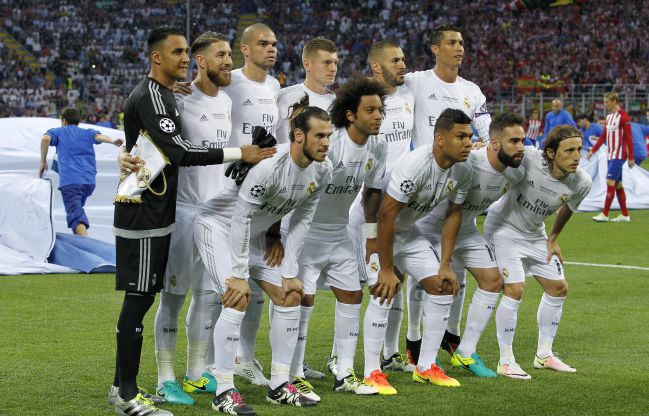 For more than half of the squad that Carlo Ancelotti has led to the Champions League, the one in Paris will not be the first time they have fought to bring a new European Cup to the Bernabéu museum. The Italian coach has seasoned players in the white shirt in these games. Nine of the footballers who already won the Tenth with Carletto in 2014 remain in the team. And another five have lived through one of the three subsequent finals. More than half of the squad has experienced the most special moment a Real Madrid player can experience.

Carvajal, Modric, Benzema, Bale, Marcelo, Isco, Nacho, Casemiro and Lucas Vázquez are the nine survivors of the Lisbon final. The top three have started in the previous four finals and, if there are no setbacks between now and May 28, they will repeat in Paris. The Croatian is the only one to have played all four finals. He also participated in the four Bale (the first two as a starter and the last two as a substitute), who could not even sit on the Saint-Denis bench.

Marcelo and Isco jumped onto the Da Luz lawn as substitutes. The Brazilian played the entire three following finals and Isco also participated in all of them, the last two as a starter. CasemiroNacho and Lucas Vázquez were not even summoned, but later they came back. The Brazilian was a starter in the other three under the orders of Zidane. The defender played the one in kyiv and the Galician the one in Milan.

The other five champions

Kroos, signed in the summer of 2014, has been a participant in the other three and Asensio in the last two. Mariano was part of the Duodécima squad and Vallejo and Ceballos of the Decimotercera squad, although none of the three was in the squad for either of the two finals.

Eleven players will play their first Champions League final with Real Madrid. Veterans like Courtois (who defended Atlético’s goal in the Lisbon final), Alaba (who played in the last two finals that Bayern won and lost two others that he didn’t play in) or Hazard; and ‘newcomers’ like Mendy, Jovic, Militao, Valverde, Lunin, Vinicius, Rodrygo and Camavinga. The Frenchman can become the sixth youngest player to win the top continental competition.

All of them willing to continue increasing the European legend of Real Madrid. “When you reach a final, each one has a huge desire to win another Champions League. Many who have won four if they win five are even more of a legend. I hope the first one arrives”, Courtois wished. “The youngsters are going to fight to give them another Champions League and I’m going to fight to get my first,” Valverde ventured. Paris is looking for new heroes in the unparalleled triumphant history of Madrid.