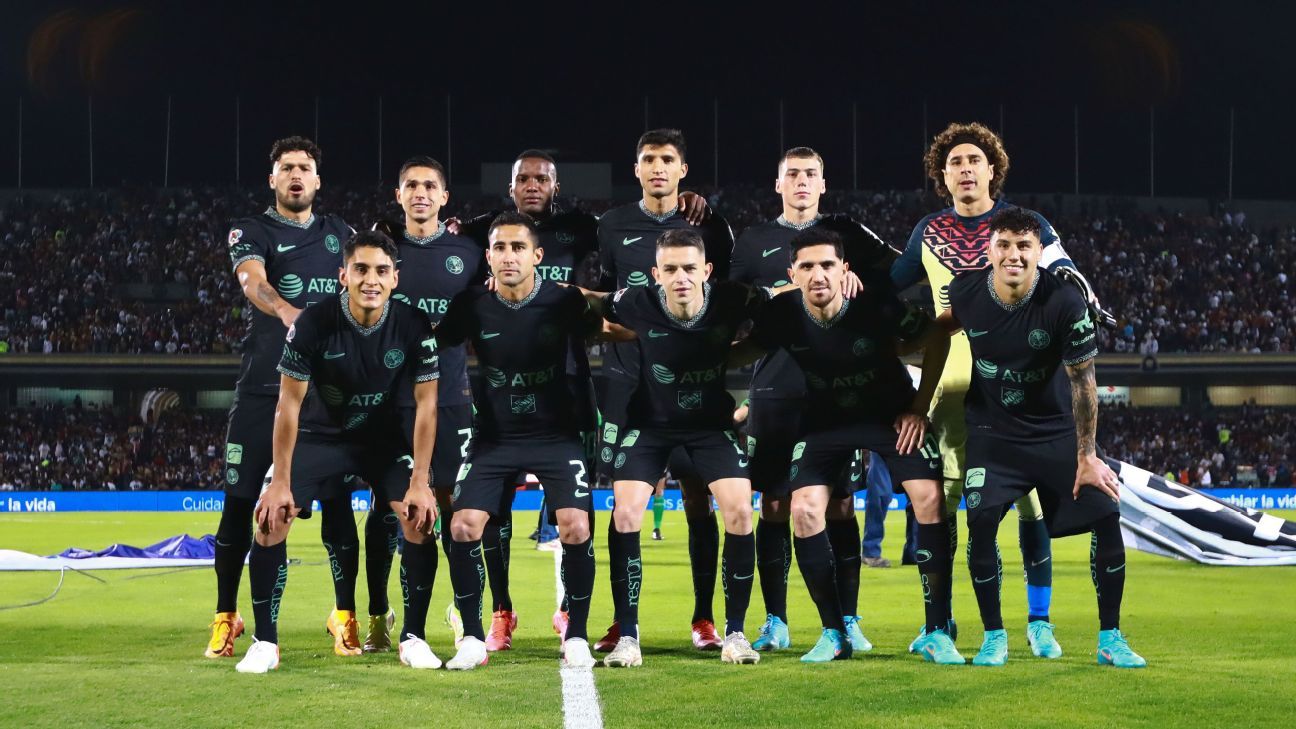 America goalless draw against Cougars on the Ciudad Universitaria field, in a duel that they suffered due to the lack of ideas in offense, as well as the rival’s vocation in defense, which anticipated most of their movements and was slightly better at home.

The goalkeeper of América donned the team’s first uniform to protect his frame against the offensive of Cougars and kept zero throughout the duel, thanks to punctual interventions by an inspired Jordan Silva and a ‘disappeared’ Bruno Valdéz.

The work of the right back was not enough to prevent Favio Álvarez and Sebastián Saucedo from using their flank with ease to generate dangerous plays during the game, with insistent crosses looking for a finisher.

The central defender was suspicious in the blue-cream first line and arrived late on several plays. He repeatedly lost duels against Juan Dinenno, who breached the frame with a couple of shots, unsuccessfully into the net.

Given the ‘absence’ of Bruno Valdez, the center-back took the baton as a reference in defense, with specific interventions that prevented the ball from passing to the last instance facing the net.

The azulcrema left-back fought side by side to prevent Alan Mozo from reaching the byline with the ball at his feet to team up with his teammates, although he was not entirely successful and allowed some spaces.

With containment tasks on the agenda, the midfielder prevented the ball from passing over his sector of the pitch and the pressure he generated translated into ball recoveries or forced Cougars to look for other options to advance with the ball. He came out at 90 ‘for Alejandro Zendejas.

In his fifth appearance in Liga MX with the Águilas, the attacking midfielder was participative in chasing the ball and stripping the rival of it, although in attack he was conspicuous by his absence to weigh on the scoreboard.

The Colombian reinforcement of América went unnoticed for much of the duel and repeatedly lost the battle against veteran left back Efraín Velarde. He came out of exchange at 84 ‘for Roger Martínez.

As America’s offensive engine, the Spanish midfielder had an unprecedented time during his minutes on the pitch and failed to supply Federico Viñas with balls or distribute the ball to endanger the maro defended by Alfredo Talavera.

As a left winger, the young Mexican stood out for the precision of his passes, although few of them worked to generate offensive play, as América lacked a player who went off script to unlock the result throughout the match.

In the complement, at 75′, he made the first shot on goal in the second period, but was stopped by Alfredo Talavera when he tried to cross a ball from inside the area on the left.

The lack of balls coming from the midfield meant that the Uruguayan did not have clear scoring opportunities and he was not willing to leave his zone to look for the ball and take it to the risk zone.

-With information from Sergio Domínguez.