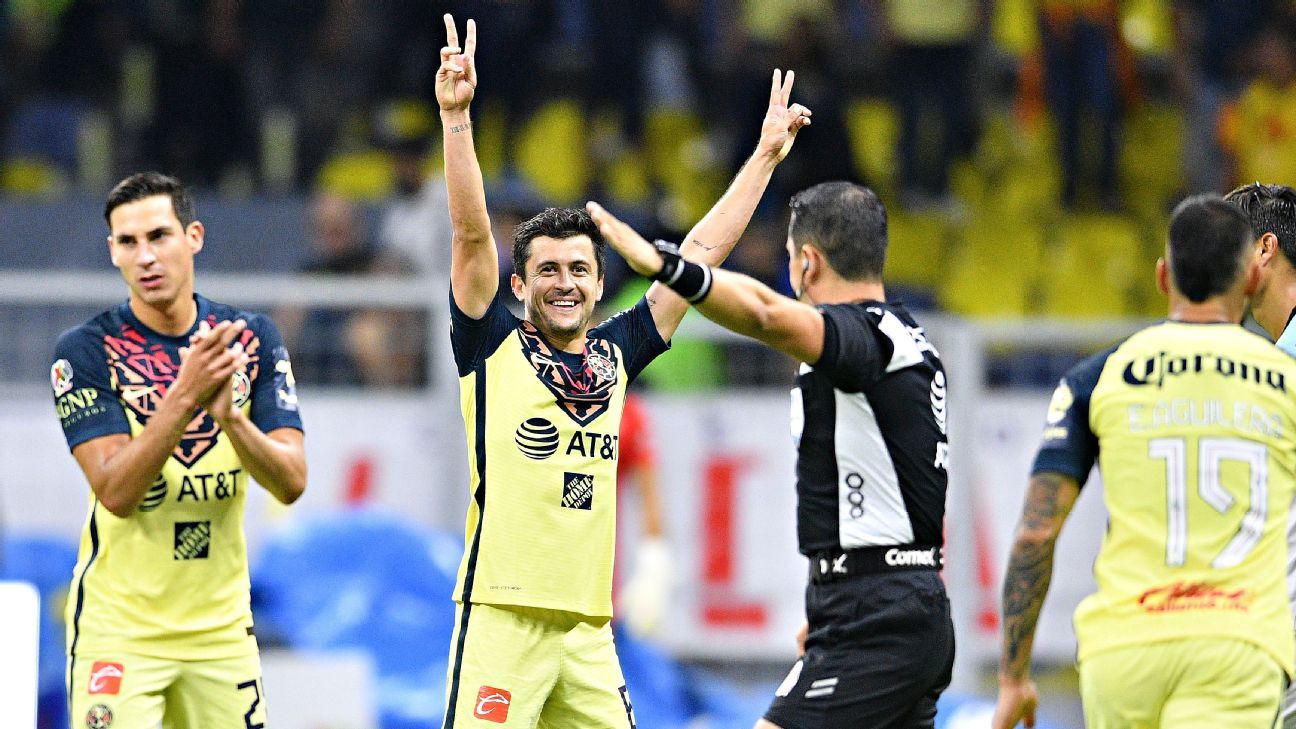 America remains the leader of the Apertura 2021 and is the only undefeated in the tournament, while Cruz Azul, Chivas and Pumas are not going through their best moment

America culminated Day 8 of Apertura 2021 as the leader of the competition with 20 points, five away from its closest pursuer, León, and remains the only undefeated team in Liga MX, with a notable difference from Blue Cross, America and Chivas, the other ‘greats’ who have not remained in accordance with the expectations generated in their hobby semester after semester.

In the case of the champion, Cruz Azul has been diminished since the start of the tournament with up to nine sensitive casualties in the squad, due to injuries and calls for national teams, which have been reflected in an irregular march, with unexpected setbacks, which place him in the eighth step with ten points and a record of two wins, four draws and two losses.

In his most recent duel, the ‘Machine’, with an alternate eleven, was traced back on the scoreboard by FC Juárez (2 to 1), who rethought the game from the bench after receiving a goal during the first minutes of the game and came out ahead of a duel that on paper looked complicated, because he did not know the victory under the baton of Ricardo Ferretti after seven dates.

For its part, Chivas is going through a silent debacle that keeps the presence of Víctor Manuel Vuctich on the rojiblanco bench in suspense, as tenth place overall with ten points and a balance of two wins, four draws and two losses.

El Rebaño has only scored a goal in four games out of eight available and, against Pumas, they went blank after equaling zero in a duel devoid of emotions and offensive forcefulness.

The least favorable present of all the ‘big’ teams belongs to Pumas, as it has a short squad that has prevented you from fighting for you against the other teams in the league and is in the penultimate position with six units and a record of one win, three draws and four setbacks.

Another notable case in the Apertura 2021 is Monterrey, the highest valued squad in Liga MX with 88.3 million dollars, as it goes through a four-game run without victory that it has cost them to fall to the seventh row with eleven points and record two victories, five draws and one defeat in the standings.

Rayados’ most recent result was a stumble against Atlas, in which the gang saw how the Rojinegros traced a goal and took the victory over the hour.

On the next day of the Mexican tournament, America will visit the Toluca field, Cruz Azul will receive Querétaro, Chivas will face Pachuca at the Akron Stadium, Pumas will travel to Mazatlán and Monterrey will experience another edition of the Classic Regio against Tigres.