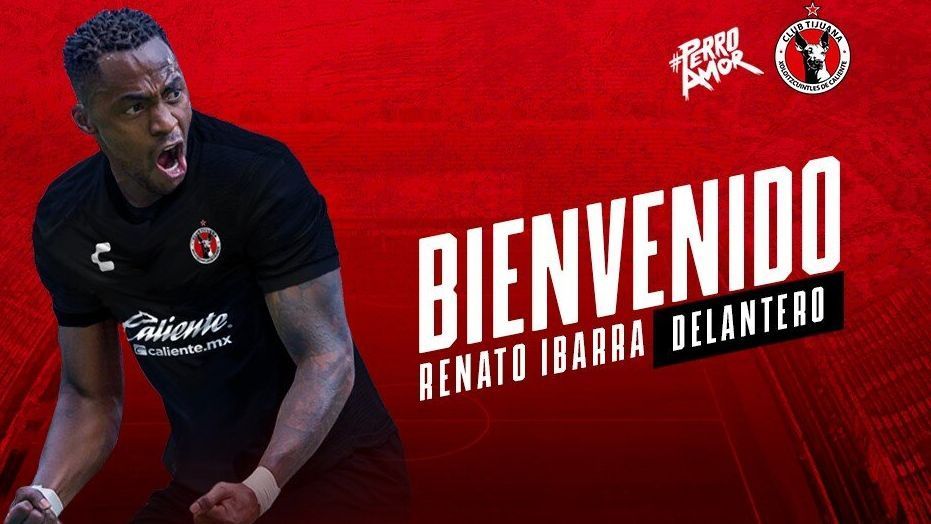 The Tijuana team announces the hiring of the Ecuadorian midfielder, an element that the Eagles wanted to give way out

MEXICO — America a third element was detached towards Closing 2022, since this Wednesday the incorporation of Renato Ibarra to Xolos from Tijuana.

The Ecuadorian did not count any more for Santiago Solari for the tournament that will begin next January and they immediately set to work to find him a team and thus get rid of the salary, which will now be borne by the border team.

Renato Ibarra joins players like Sebastián Córdova and Nicolás Benedetti who have left the America for the Clausura 2022 since the Mexican was officially presented this Tuesday by Tigers, where he will meet with Miguel Herrera, and the Colombian, after many injuries and poor performance with the Coapa club, will try new airs with Mazatlan FC.

Renato Ibarra He arrived in Mexican soccer in 2016 and, after shining in his first years with the capital’s team, he was losing regularity due to injuries, but the lowest point was when an extra-court problem, for which he even stepped on jail, led him to leave of America to play for a semester with him Atlas before being forgiven by the board of directors to wear the azulcrema shirt again, but a new injury threw out the idea of ​​gaining the trust of Santiago Solari and the board, who gave priority to his departure, as well as that of the aforementioned players.

Thus, America They continue their preparation for the Clausura 2022 in which they will finally seek to overcome the quarterfinal phase, which has become the headache of Solari and his team since they were first eliminated by Pachuca and later by Pumas.

The only player they have incorporated so far is Diego Valdés, from Santos Laguna, and another of the names that has sounded strongly in the Eagles is Jonathan Dos Santos.