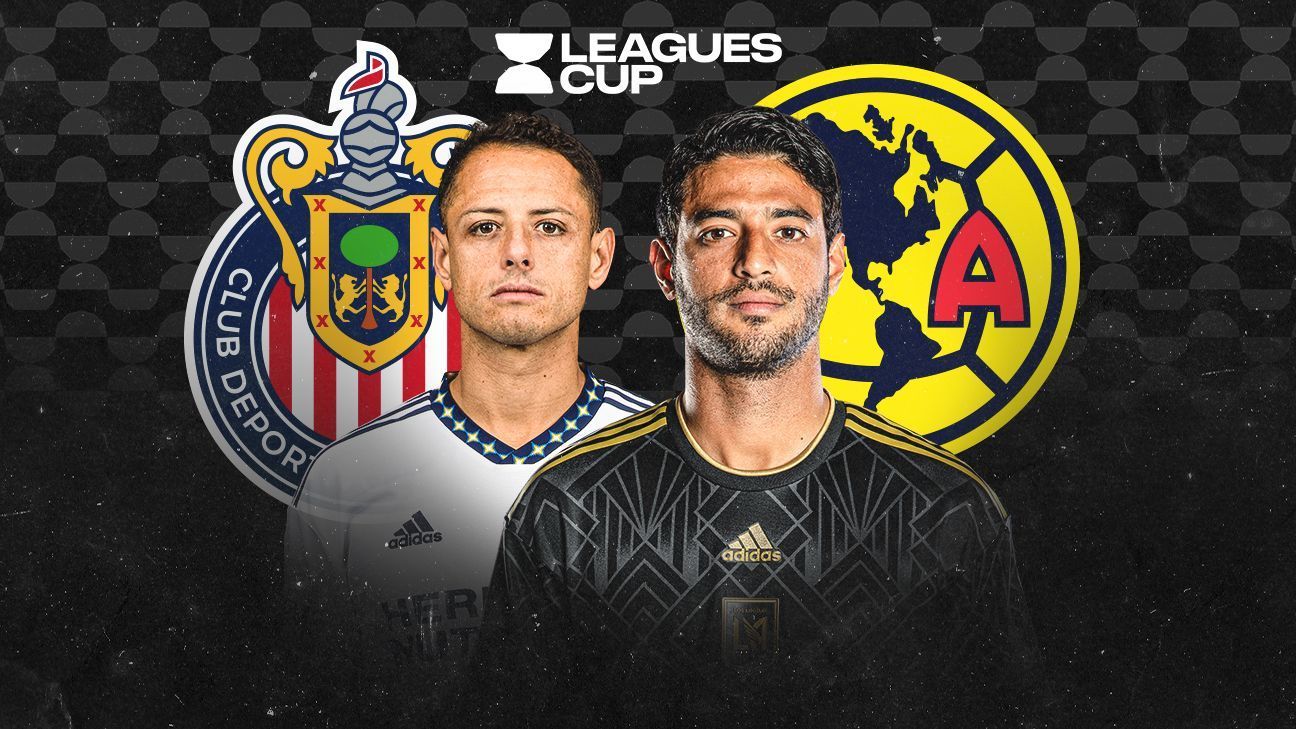 The Leagues Cup announced through a statement that the Eagles, Rebaño Sagrado, LA Galaxy and LAFC will star in a “historic event” at SoFi Stadium on August 3

América and Chivas will represent Liga MX in the Leagues Cup Showcasean event that will serve as a prelude to the new League Cup to be played in 2023 between clubs from Mexico and the United States.

The League Cup announced through a statement that the Eagles, Rebaño Sagrado, LA Galaxy and LAFC will host a “historic event” at SoFi Stadium on August 3. America will face the LAFC of the Mexican Carlos Vela while Guadalajara will be measured at Galaxy from Javier Hernandezformer player of the red and white squad.

Amauri Vergara, President of the Omnilife-Chivas Groupsaid he was excited that the Flock could play in one of the most important stadiums in the United States, but mainly because of the opportunity to spend time with the Atletico fans who reside in North American territory.

“Very glad that Chivas play in that wonderful stadium. In Los Angeles we feel at home; is a red and white city, and that the team can meet its fans at the home of the Champions of the NFL, is great news. So it’s a great stadium, with a great rival and the best fans… What more can we ask for? I’m sure it will be a party,” he stated.

For its part, Santiago Baths, Sports President of Americashared Amaury’s excitement at being able to spend time with the azulcrema fans of Los Angeles and assured that the team will give its best to offer a show to the fans.

“We are very excited to have the opportunity to connect again with our wonderful fans in California. This game against LAFC represents the first time in recent years that we have faced a local team in Los Angeles, so we are very confident that it will be a vibrant game, which will be played in a magnificent stadium and that all Americanists will truly enjoy,” he said.

The confrontation of Chivas Y LA Galaxy It will be the first meeting between the two squads in 15 years while America and LAFC faced each other in the 2020 edition of the Concacaf Champions League with the Los Angeles team eliminating the Eagles from the competition.

Meanwhile, the tickets for Leagues Cup Showcase They will be available starting Thursday, April 21.

America and Chivas protagonists of the Leagues Cup Showcase