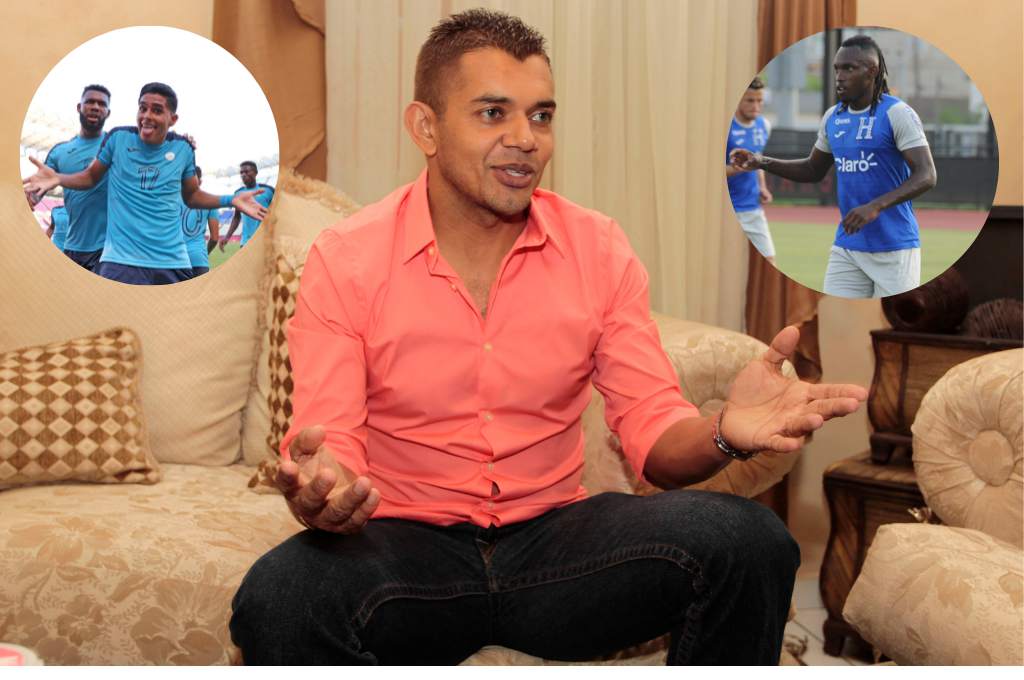 The experienced former captain of the Honduras national team and now national coach, Amado Guevara, an authorized voice analyzed what happened with the U23 in the Tokyo Olympics.

Guevara did not miss the opportunity at the time of the “Heel Soccer” Program, to warn how hard this elimination process will be for the next World Cup in Qatar 2022.

“Soccer is like that, today we can be in glory, tomorrow a bad result can leave us in a bad way, then we have a rematch and we are up. I wish the national teams could have that certainty to keep fighting for the first places. That is based on work and finding maturity, “he began by saying.

After so many criticisms of the coach Miguel Falero, “Lobo” Guevara was respectful and referred to his experience as Jorge Luis Pinto’s assistant.

“What happened with this team is very difficult to point out the coaching staff, the players and it is easy when the situation got out of control and the results cannot be changed. I already have experience in Rio de Janeiro with Jorge luis pinto and we know how complicated they are and how many players we can sign up, the recovery time. “

At the time of making his personal assessment of what was the performance of Honduras in the group stage, where he added two defeats and one victory.

“The result that marked the way of the U-23 was that first against Romania. To start losing such a short competition, already conditions it and well many things that in the end harm it. Pressure comes, anxieties, doubts and where maturity comes in to assimilate that. “

Guevara saw beyond and what happened in Tokyo and assured. “The U-23 has good human material, there are players with very interesting characteristics. I hope this chapter will close today, but not their future. There are many who can give us much more than what they have given in the minor and you can fight playoffs. “

ASSESSMENT OF THE REINFORCEMENTS AND THE LEADER

Amado was consulted on the subject of reinforcements and his little contribution that was made in these Olympic Games, but he was very clear when he considers it is a technical issue.

“I imagine that they did their analysis and that is why they made the decision. You have to see the player’s moment and I would have liked them to 22 will arrive at the best level, and I would be talking about another story. “

And as for the lack of leadership to order the group on the field, Guevara gave his. “A Denil, A leader is not only the one who shouts, but the one who pushes and infects with actions and lifts. In Costa Rica they asked me and I asked him about his conditions, leadership and personality “.

A HARD ROAD IN THE QATAR QUALIFIES

The talk was very entertaining and the theme of the next World Cup qualifiers could not be missed, where Guevara was clear and direct about how hard they will be.

“The eliminatory of the Concacaf It is one of the most complex that there can be and complicated; conditions, courts in the Caribbean islands, the environment. Now it becomes more, since before six (teams) fought three tickets, now there are eight and with teams that have had an interesting growth “.

And he added: “Honduras I will always support it, but I do not get out of reality and Mexico, United States, but I have seen the growth of Canada, today it is fighting a semifinal. We cannot leave Costa Rica out of the picture and even more so now with Professor Suárez who knows us well and Jamaica, which is one outside and another is local. The road will not be easy, but it never has been. “

Another of the rivals that stood out was the Cuscatleca squad. “East savior of the Gold Cup, is another rival that can complicate us. This selection will be competitive and we cannot rule it out. “

What he could not hide and took the opportunity to make a call was in relation to the great outbreak of Covid-19 that occurred in the last Gold Cup, where he warned of the risk that can be run if he does not put a heavy hand on discipline.

“That worries me because Honduras was one of the teams hardest hit by this pandemic and it is rare. There was something missing, the biosecurity measures that these people put in place. I think that the discipline of those in charge failed, it cannot be that there are so many infected. Those details can cost us to go to a World Cup. “

And about the injuries that have occurred in the group. “Injuries are something that no coaching staff handles. I am concerned about Elis and Chirinos which are two pieces that can contribute a lot “.

Amado was also consulted about the current captain of the National Team, who his partner and highlighted his work. “If he wants to, God gives him health and the coaching staff still need him, let’s enjoy it. Maynor is, and only he will know until when. He is respectful and will know that when he cannot, he will step aside and Hondurans will thank us that we enjoy him. “

Amado Guevara is currently based in the United States, where he performs technical analysis work for Concacaf, but he does not rule out joining a club or national team in the near future.