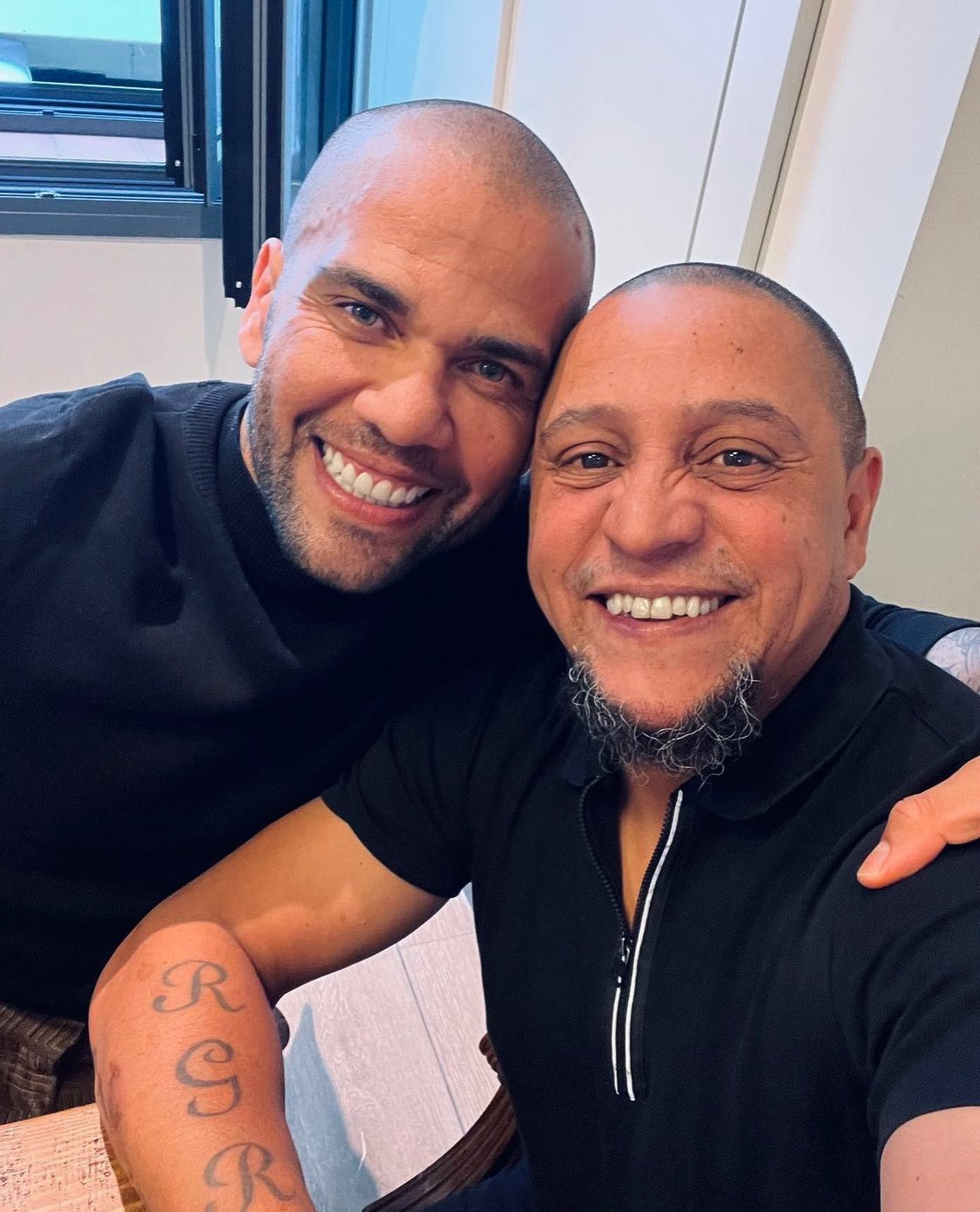 Daniel Alves back to FC Barcelona in the winter market to try to help the culé team in their promotion in The leagueand it is that those of Xavi Hernandezafter the victory against Atletico Madridsmile again, with the exception of the Brazilian side, who left early for the locker room after receiving a direct redwhich also takes him away from the pitch for two games.

A sanction that has been taken in its own way, heading to the capital of Spain, to Madridto visit the rival and his compatriot, to Robert Carlosas both cracks have shared on their Instagram profiles.

Alves has taken advantage of his days off to travel to Madrid and meet up with his old friend, with whom he has shared laughter, complicity and a meal at the ‘enemy’s’ house, in the restaurant of Florentino Pérez’s daughter, ‘El Bib’. “What a beautiful joy to receive you in my house. new things are coming”, Roberto Carlos wrote, while the Barcelona player wrote: “I love this beauty so much”, referring to his friend.

Celebrities like Cunha and Roberto Leal, among his companions

At the moment the reason for this peculiar meeting is unknown, but it is known that they have not been alone, but have been accompanied by other familiar faces, such as their compatriot and Atleti player, cunhaanother of the guests at this meal.

But not only footballers have had a place, but also celebrities from culture and television have been at this meal, such as Robert Loyal, Jose Yelamo, Jota Abril, Isidro Montalvo, Pedro Manuel Garcia Y Xose Portas, among others. A celebration in which topics such as football have been put on the table, and the presenter of ‘LaSexta Noche’ has made reference to his homeland, Cádiz, as a possible destination for Alves and Cunha: “The thing with Dani Alves and Cunha in Cádiz is done”, he wrote between laughs.

What is clear is that all of them have enjoyed a good day in the company of each other and that everything indicates that they will repeat the experience.