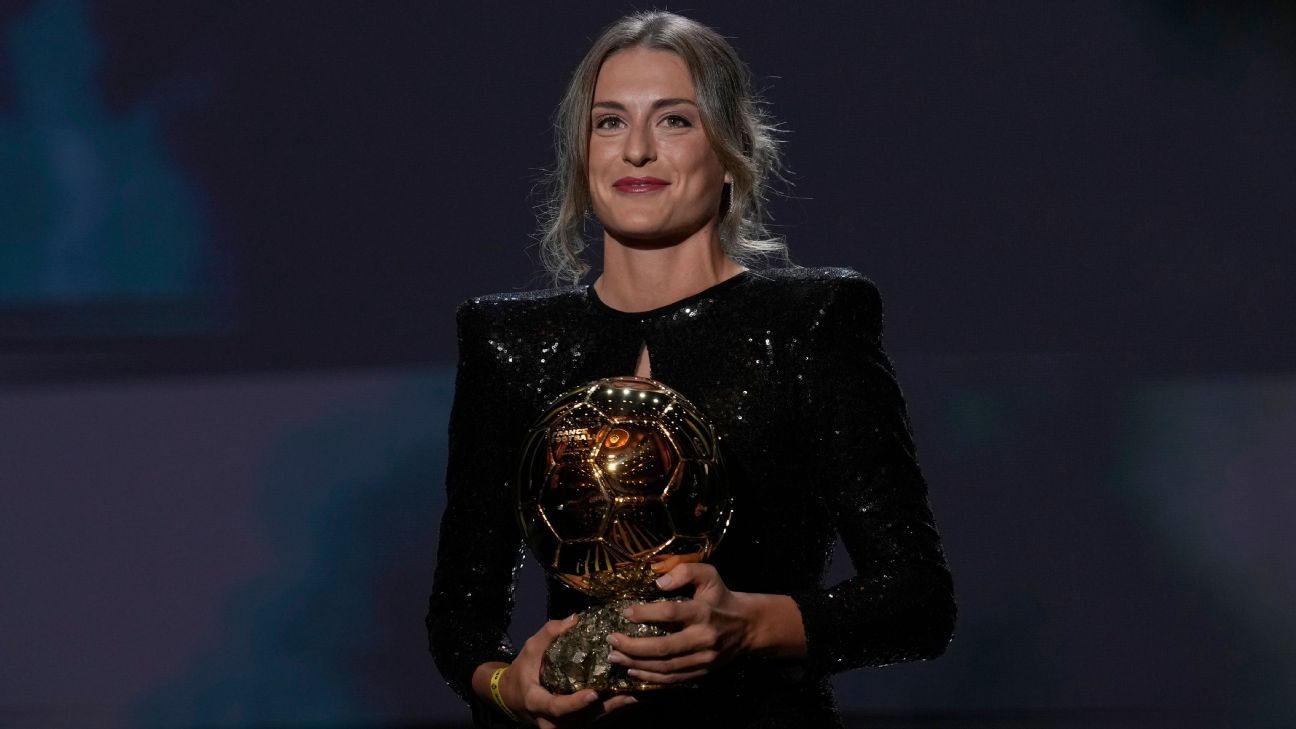 The Spanish of Barcelona Alexia putellas On Monday she won the Women’s Ballon d’Or, which was awarded by France Football magazine for the third edition.

The player, winner with her league club, the Queen’s Cup and the Champions League, received the award from the French Kylian Mbappé. It is the second award that goes to Barça, who have already seen Pedri win the Kopa trophy that rewards the best under-21 of the year.

The Mollet del Vallés player thanked all her colleagues and her family for the award, but wanted to dedicate it to her deceased father: “For whom I do everything, I hope you are very proud of your daughter wherever you are, this is yours, dad, “she said on the verge of tears.

Putellas, 27, the author of 33 goals and 19 assists this season, also remembered her fellow nominees, Sandra Paños and Jennifer Hermoso and Lieke Martens, but also the rest. “This is an individual award but it is a collective success,” said the footballer, who also wanted to thank the coaches and fans, as well as the club, which she claimed to be a goal to represent on its 122nd anniversary.

In a video projected during the gala, Putellas’s mother recognized how the death of her father marked her: “he locked himself up in football, it was his escape valve.”

Among the candidates for the trophy was also the player of Paris Saint-Germain Irene Paredes. Putellas, who was also chosen as the best player in Europe, succeeds the American Megan Rapione in the trophy, while the Norwegian Ada Hegerberg won it in the first edition in 2018.