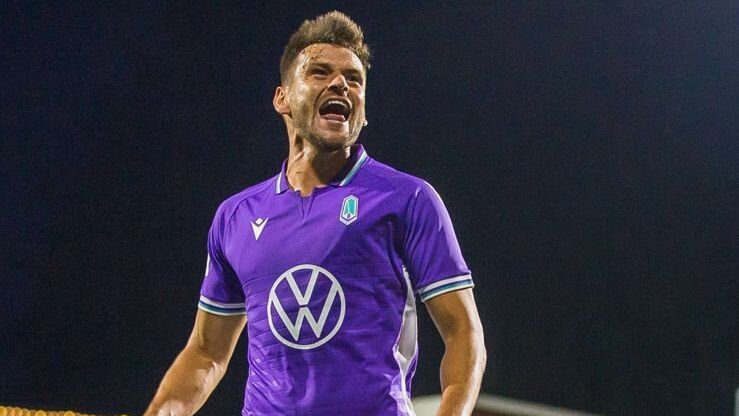 Alejandro ‘Wero’ Díaz plays for the Pacific FC of Canadian soccer, a club in which he has found stability and goals

The Mexico National Team achieved the runner-up of the FIFA U-17 World Cup in the fall of 2013 and among the players that made up that representative was Alejandro Diaz who, after playing seven games and scoring two goals, became a promise, both for minor teams such as América, a club for which he is a youth squad.

With the passing of the years, The young forward did not consolidate with the team and did not find success in Necaxa, Atlas and Zacatepec.. Given this, soccer gave him a new opportunity 4,841 kilometers from Mexico City, with the Pacific Football Club, which belongs to the Canadian Premier League, founded in 2019 and where he seeks success, being one of the pioneers Mexicans in that country.

The ‘Wero’ Díaz has become one of the figures of the 2021 season by adding nine goals in the tournament and helping his club, with three years of foundation, to lead the championship and with seven games to play in the final directly.

“You think that everything will go as you imagine it. There are potholes in the road and perhaps some have more opportunities than others. There I could have had few or many opportunities, but here I have this opportunity and I am taking advantage of it well, because I have confidence, minutes and goals. Maybe it would have happened in Mexico, maybe not. I keep looking to grow and seek greater goals, “said the footballer.

The ‘Wero’ Díaz does not hide his smile when talking about his present in Canada, in which he adds ten goals, between league and cup, and ranks as sub-leader in scoring. In an interview with ESPN, he recognized that this league has the potential to grow like MLS, as the Vancouver Whitecaps and Toronto squads participate in the North American league despite being geographically in Canada.

“Soccer here is more physical than in Mexico, but the level is high. We now compete in the Canada Cup, where we compete against Canadian teams that play in MLS. and in the semifinals we go against Toronto fc. We beat Vancouver Whitecaps. Because he is only a few years old, he does not talk much, others will see him down, but with three years he is growing a lot and is growing faster than at the beginning of MLS “, declared Alejandro Díaz

Due to the goals he has achieved and the constant participation he has, some colleagues have asked him about this tournament and the possibility of being part of its ranks, so that the Mexican soccer player could stop looking for opportunities in Central America, South America or the MLS itself and embark on an adventure further to the North of the continent.

“Francisco ‘Messi’ Acuña, Rodrigo Reyes, who came from Chivas and is on loan, and there is a lot of movement. The league is growing and brings in quite a few players. They are attracting the interest of other leagues, including Mexico. Now this window is opening for the North of America, it is important and I hope that others can come ”, said the ‘Wero’ Díaz.