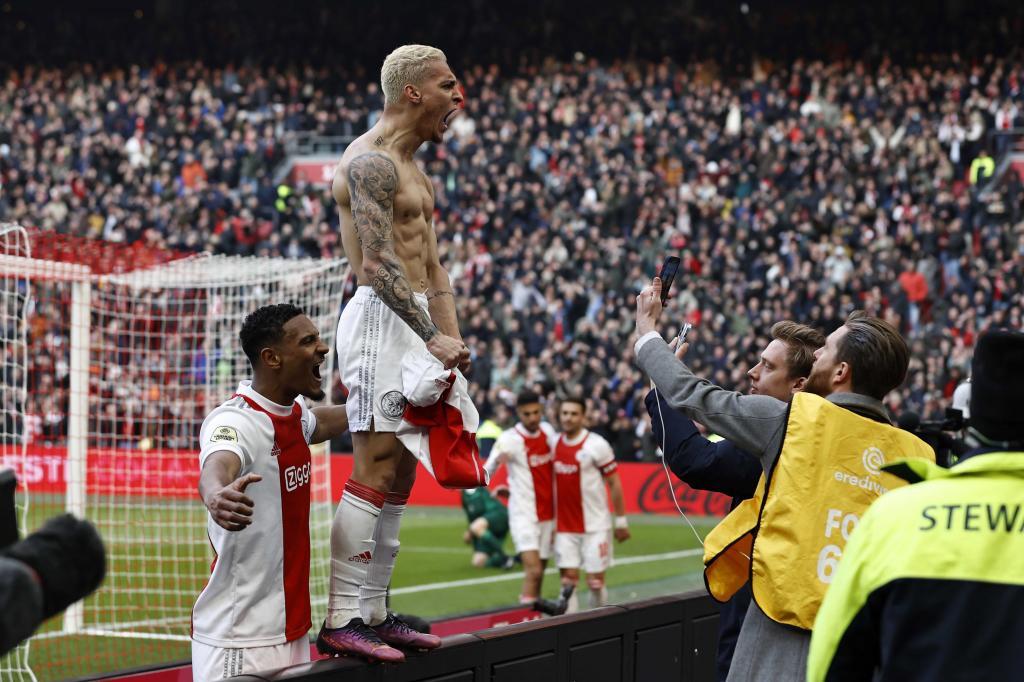 ANDhe Ajax amazed with its total football in the 2018-19 Champions League reaching the semifinals and charging along the way with his exhibitions against Real Madrid (eighth) and Juventus (fourth). Some great games that put Frenkie de Jong, De Ligt, Van de Beek, Tadic, Ziyech in the showcase… “I wish our players could stay, but we know it’s a utopia”, confessed Erik ten Hag after scoring (1- 4) in the Bernabu.

That summer, De Jong went to Barcelona and De Ligt to Juventus for 86 million euros each, according to ‘Transfermarkt’. Ziyech and Van de Beek emigrated to Chelsea and Manchester United for 40 ‘kilos’ one year later, forcing the ‘ajacied’ to rearm. A huge job of ‘scouting’ that they will have to do in this market again… and no Ten Hag.

“The interests in our coach and in our players show that we are doing things well. What we have to show, as we have done in the past, is that we are ready to bounce back“, confessed Edwin Van Der Sar, general director of Ajax, in ‘RTL7’. And the first ‘blow’ was the departure of the coach who built his winning project between 2017 and 2022 to Manchester United.

Ten Hag headed to Old Trafford and several of his stars could follow him. According to the ‘Daily Mail, the ‘red devils’ would pay 47 million euros to Ajax for Antony. The Brazilian winger came out with 12 goals and 10 assists last season and could go to United leaving the Eredivisie champion without his ‘crack’.

And the ‘9’ of the ‘ajacied’ this season also seems to leave the Johan Cruyff Arena. Sbastien Haller, Champions League record holder with 11 goals in his first eight games and one of Europe’s top scorers with 34 goals in all tournaments, he could be Haaland’s replacement at Borussia Dortmund. The ‘borussen’, according to ‘Voetbal International’, would have offered 33 ‘kilos’ for him to share the yellow attack with the recently arrived Adeyemi. They are negotiating. Tadic can be left ‘alone’ again.

Ajax has already lost two of its mainstays to Munich. Gravenberch (18.5 million) and Mazraoui (free) have signed for Bayern. The new coach, Alfred Schreuder, will not be able to count on his promising midfielder or the starting right back of the last five years. He has also been left without the goalkeeper Onana, without Labyad, without Danilo Pereira… Many exits that could be joined by Tagliafico, Timber… but several ‘entries’ on the horizon. According to ‘De Telegraaf’, Bergwijn (Tottenham), Brobbey (RB Leipzig) and Wijndal (AZ) are his summer goals. It’s time to reinvent yourself again.

Ajax is dismantled with the departure of Ten Hag, Gravenberch, Mazraoui…