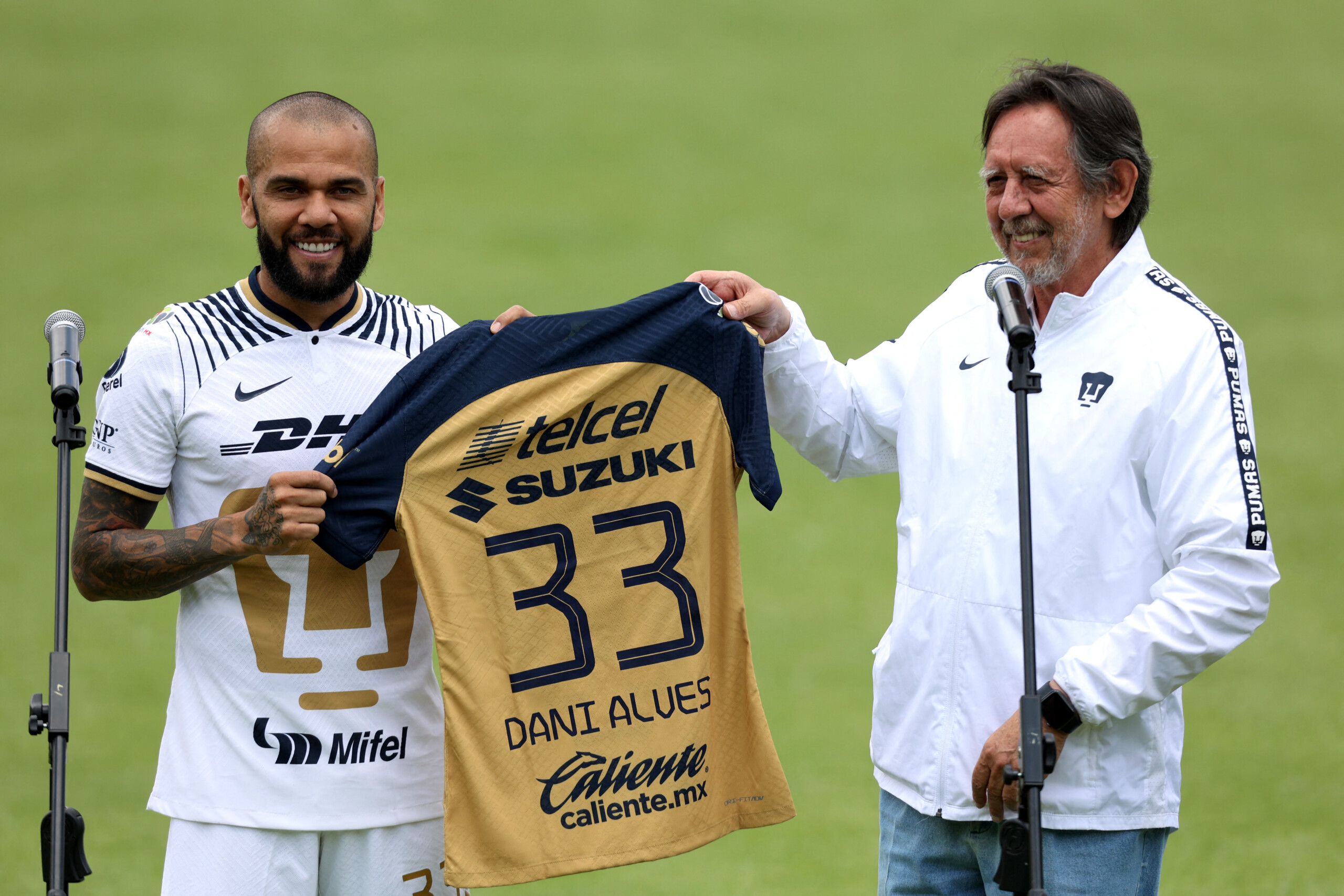 This was the presentation of Dani Alves with Pumas (Video: Infobae México/Ximena Ochoa)

As in the worst horror movies, the set of the National Autonomous University of Mexico (UNAM) experienced a gloomy month of May, which it was thought as the beginning of another dark age for the institutionwhere signings that did not pay off and lack of entertainment would be the constant from then on.

It all started last May 4 when Pumas lost the final of the Concacaf Club Cup, falling in Seattle, United States, 3-1 against the Seattle Sounders, leaving an aggregate score of 5-2 in favor of the Americans; However, beyond letting go of the opportunity to attend for the first time the Club World Cup of the International Federation of Football Association (FIFA), the outlook for the future looked gray for the whole of Pedregalas important pieces of the team were nowhere near saying goodbye.

Days after, fate did not smile at the auriazulessince they were also eliminated from the Clausura 2022 league at the hands of Chivas in the playoff phase, so, after more than three months of playing every three days, the illusions for those led by Andrés Lillini suddenly ended.

The mood of the fans was rock bottom and this fell even further when the casualties, up to that moment, of five members of the team were announced, especially two of them: Alfredo Talavera and Alan Mozo. As had become customary, the auriazules thought that nobody could save Pumas, not even Lillini, that “hero” who had arrived unexpectedly after the unexpected departure of Michel González from the institution was announced on July 23, 2020.

Coincidentally, Dani Alves’s announcement was made on the same date, only two years ago, as the resignation of Michel González as coach of the university team (Photo: REUTERS/Luis Cortés)

They say that destiny acts in mysterious ways and it was like that… well, coincidentally this July 23 Pumas announced the bomb of the summer transfer market in Mexican soccer, Daniel Alves was introduced as the team’s new defender.

Beyond the media impact, the increase in tickets in all the country’s stadiums, as well as the sale of merchandise, for the Brazilian star who has won everything in sports -he only lacks the world cup- Reaching one of the “big four” in Mexico goes beyond soccer.

And it is that for the player, Pumas is not just a team in national football, the team with which he has just signed for one year means social mobility, equal opportunities and personal development, since it represents the highest house of studies in the country: the UNAM.

“The university is made so that people can dream. I want soccer to transform the lives of many young people, that is why I have accepted the Pumas challenge” 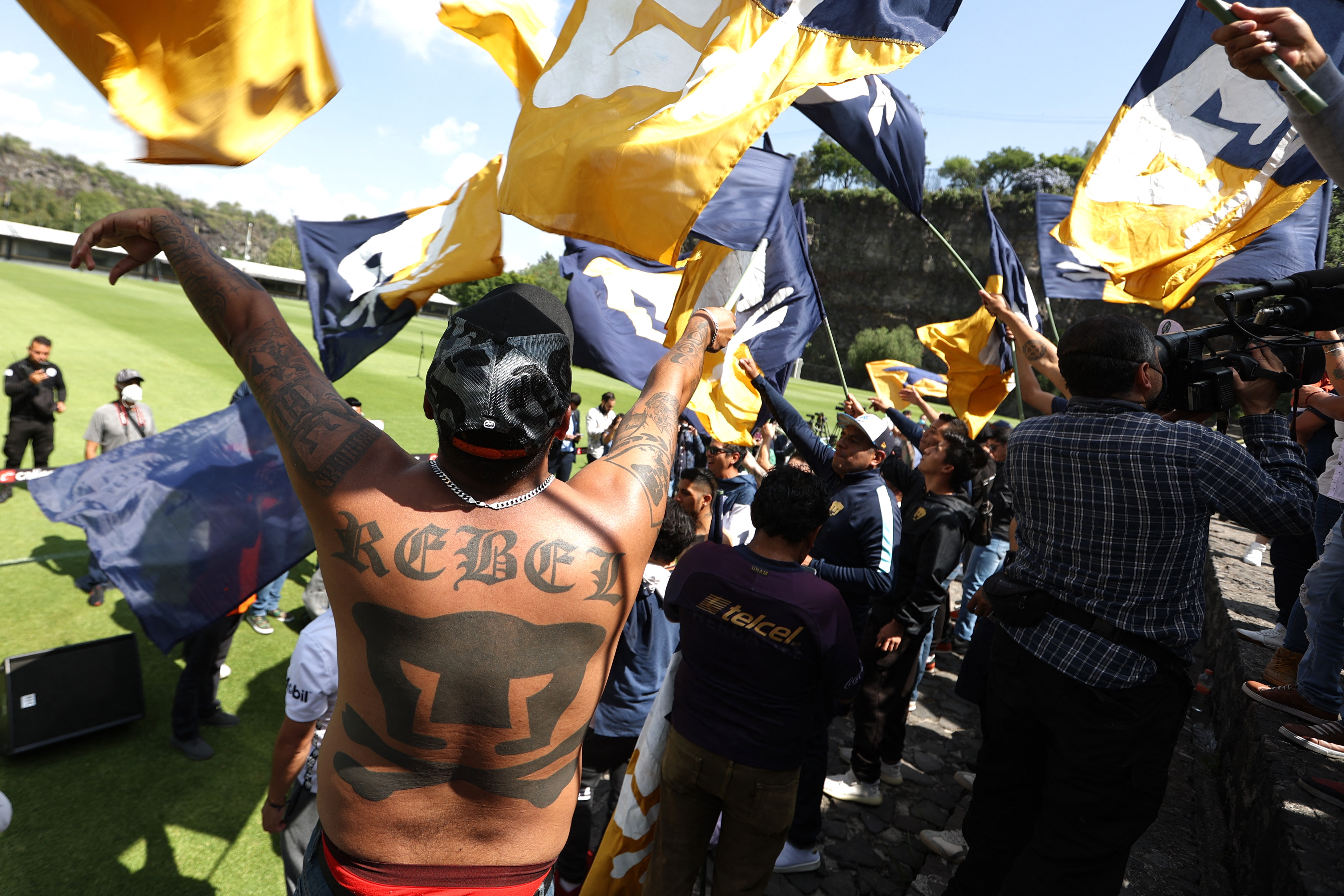 What seemed like a new dark age for college kids turned into a sunny day. Since it was not only the hiring of the greatest trophy winner in the history of world football, it was also the incorporation of Eduardo Toto Salvio, Gustavo Tuti Del Prete, Cesar Chinese Huerta, Adrián Aldrete and Gil Alcalá, in addition to the Lilllini and Dinenno contract renewals.

After years of being forgotten due to economic debts accepted by the team president himself, Leopoldo Silva, as well as having to sell the stars of the squad in order to survive, coupled with the crisis caused by the COVID-19 pandemic, It seems that Pumas is once again the protagonist in the Mexican sports scene, not only on the pitch, but with the names he has in his ranks.

A new projectbased on the philosophy of promoting the race, but also bringing established players who provide experience, seems to be the basis for the future that they want to leave as an inheritance Leopoldo Silva, Miguel Mejía Barón and Andrés Lillini.

The fans are excited, a fan that has endured storms, strong periods of sun, wind -literally- to see their champion team… they have been 11 years without a title, but new airs are breathed in Cantera and Ciudad Universitaria, in addition to a restart and a new country.

Dani Alves is already from Pumas! The Brazilian signed, trained and was presented with the number 33
Madness for the arrival of Dani Alves in Mexico: “I come to make history in Pumas”
“We are going to be champions”: Jorge Campos welcomed Dani Alves to Pumas

After the storm comes calm: Dani Alves and the hope of a new beginning for Pumas