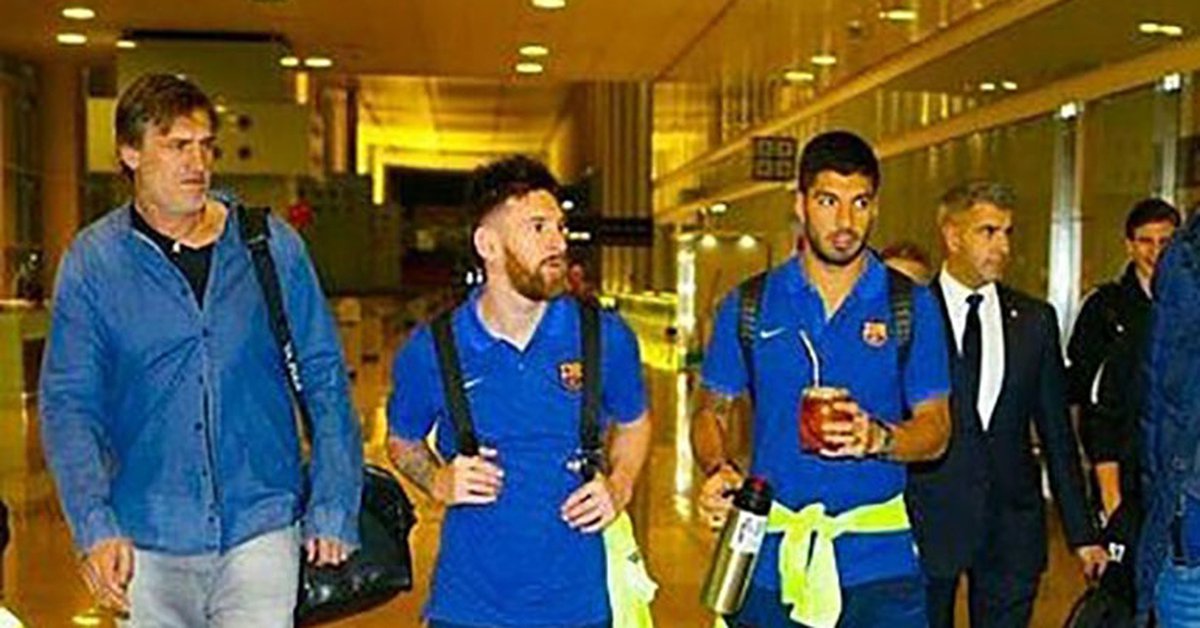 Costa, with Messi and Luis Suárez, in Barcelona

In Spain, it is designated as the “shadow” of Lionel messi for more than a decade. And, just as the Flea will not continue in Barcelona, the Blaugrana institution will not renew his contract, which also expired on June 30.

Is about Pepe Costa, head of the Barça player service office. According to the newspaper Ace, I would even already have a designated replacement: the former taekwondo player and Olympic champion, Joel González.

What was Costa’s role? Some call it “The achiever” of Barcelona, why He was in charge of finding solutions for the members of the football team, with a main focus on newcomers to the city. However, for some time now, it became, especially, a spokesperson, companion, manager and, if necessary, bodyguards of Messi. He broke the work barrier and became her friend and advisor, to the point of spending special dates and birthdays together. In fact, he was in Ibiza, in the last part of the last vacation of the forward’s family.

Former central marker, emerged from the lower divisions of the Culé (The Farmhouse), Coast he retired playing for Murcia and Sabadell (another Catalan team). Staying in the football environment allowed him to interact with Sandro Rosell, then company executive Nike in Brazil, and there he lived for several years. When Rosell took over as vice president of the Barcelona In the management of Joan Laporta, in 2003, took Pepe to manage the player service office, although he ended up much closer to Messi than to the rest of his teammates due to a question of affinity.

Costa, along with Messi and Mascherano, on one of the flights to Buenos Aires

Although Costa’s role is to assist the players in their integration into the city and the club, it can be said that he is much more focused on solving Messi’s problems than the rest. He has free way to travel with him to Argentina in each call for the national team (a role in which he replaced the club’s physiotherapist, Juanjo Brau) and was replacing his father, Jorge Messi, in some procedures and representations.

Pepe Costa’s son, Álvaro, He also lived in Brazil and was very important for Barcelona due to his very good command of Portuguese and his inherited ability to relate to the players and the football environment, such as, for example, in the adaptation of Neymar, when he arrived in 2012 from Santos. In fact, the crack took him to Paris as a personal assistant when he went to PSG.

What will be the future of Pepe? In Spain they assure that he will become part of Messi’s team directly. and he will start with him in his next challenge, which everything indicates will be, precisely, in the French giant. Thus, his history at Barcelona, ​​as it happened with Leo, also came to an end.

The last images of Messi in Barcelona: he rests in the swimming pool of his house while a crowd awaits him in Paris
A group of Barcelona partners filed a lawsuit to prevent Lionel Messi from signing with PSG
What was Sergio Agüero’s reaction when he learned of Messi’s departure from Barcelona and what decision did he make regarding his future
The day that Maradona anticipated to his intimates the end of the relationship between Messi and Barcelona: “They are going to pay him like they paid me”