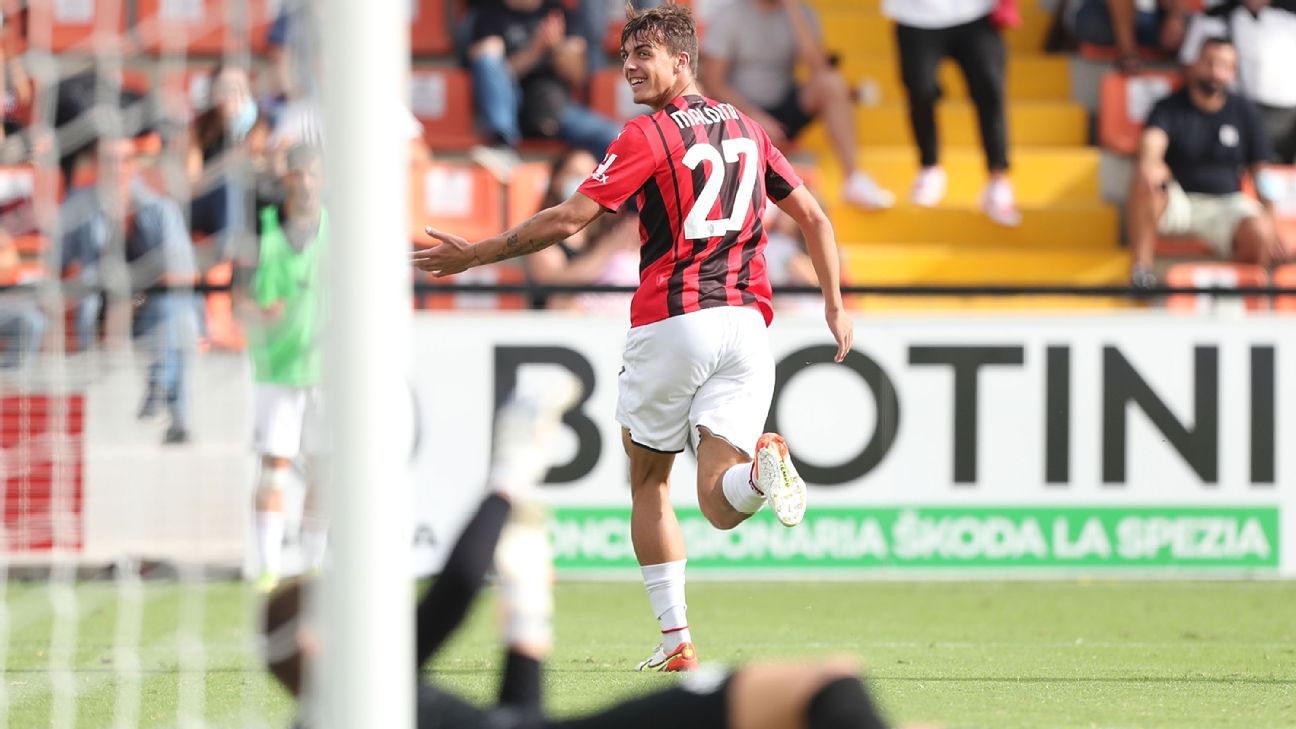 Daniel Maldini celebrated a goal in Milan’s victory over Spezia, ending the Maldini family’s fast for scoring in Serie A

Exactly 4,927 days after Paolo Maldini, the legendary Milan captain, celebrated his last goal with the “Rossonera” shirt, another Maldini managed to score in Serie A: it was Daniel, son of Paolo, who scored the first of the two goals. with which the Milanese team triumphed in the Spezia field.

It was March 2008 when, at the San Siro stadium, Paolo Maldini signed a goal against Atalanta with a header. More than thirteen years later, and precisely with Paolo Maldini in the box, Daniel debuted in his first match as a starter in Serie A.

Chosen by the coach Stefano Pioli as the starter, before the injury of the Swede Zlatan Ibrahimovic, Daniel took advantage of a good cross from the Frenchman Pierre Kalulu to overcome the goalkeeper with a powerful header and go 1-0 to the scoreboard at the Picco stadium in La Spezia (North).

After the momentary draw by Daniele Verde, it was the Spaniard Brahim Díaz who decided the clash with a goal with three minutes remaining, allowing Milan to reach the momentary solo lead in Serie A.

“For me Daniel has talent, he has technique, he knows how to choose the plays. He still needs to be faster in breaking free from marking. But we are talking about a boy who debuted last year, he worked a lot. Today he did very well, he can only grow and He has everything to give us satisfaction, “said a satisfied Stegano Pioli at the end of the match.