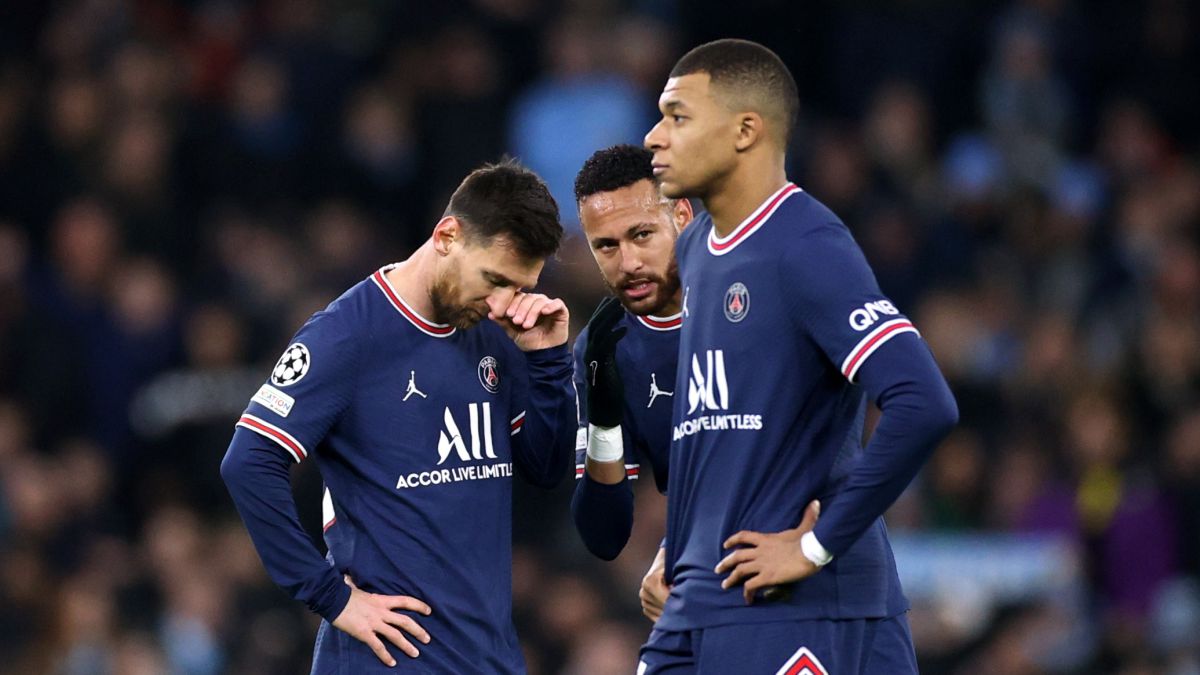 The PSG trident It is not giving the expected performance. The talent of their footballers is unquestionable, but they don’t understand each other. Together, they get worse. This is what a report from the prestigious Olocipa company specializing in analysis of Artificial intelligencewhich collects AS. Of the 27 Ligue 1 games, Messi, Neymar and Mbappé have coincided in seven: four wins and three setbacks (one draw and two losses). The data goes further, as PSG has only lost three games in the regular season… And two were with their three constellations on top. Those of Pochettino, when they are missing one -or several- of the legs of their tripod, they fight.

Surprisingly, when they should be getting weaker, vulnerable, that’s when the data shows they’re getting stronger. They reinforce the collective and perform. Returning to the seven games in which Messi, Neymar and Mbappé have shared the field, in three of them the worst values ​​generated of the entire season were harvested. It should be noted that the trident has not coincided in more games, mainly due to injuries to Neymar: two so far this season, one minor in the groin and another serious in the ankle. The Argentine and the French have shared many minutes on the field.

How the AI ​​algorithm works

We talk about ‘generated value’ that a player has with his actions in his team, which is measured based on the variation in the probability of scoring or conceding a goal when the actions are performed. Offensive, defensive and game building actions are valued; and from the comparison of the added value of each player, we can identify the most outstanding. The sum of the accumulated value of each player on a team is the value generated by the team. These have been the three worst PSG games:

Neymar was the worst of the trident, penalizing PSG with their actions with a value of -0.08. I pass totally unnoticed in the partybarely came into play, very failed in the passes. Mbappe generated a value of +0.03was more active in the game (+0.22) but misguided in front of goal (-0.28). Messi with +0.20 of value, was the best of the three and the one that participated the most in the elaboration of the game. However, he was also the one who failed the most in front of goal.

Mbappé was the worst of the game with -0.39. With his actions he subtracted from his team. He went completely unnoticed in the game and missed a lot. Neymar, +0.03 of value, nothing was involved in defense and missed goals. Messi, +0.03 of value, very participatory in the construction of the game, in fact, it was the one that had the most impact on the development of both teams. The handicap is that he missed so much with his shots that he tarnished his match.

Messi was the worst of the trident with +0.33 value. Despite being the PSG player with the greatest impact on game construction (+0.47), offensively he penalized them with 0.2, especially for his poor finishing (0.19). Neymar gender +0.35 value. Although he scored a goal (+0.83), he missed a penalty (-0.64) and his completion with the ball in play penalized the team (-0.11). Mbappe accumulated +0.5 of value. It was the best of the trident in terms of impact on the game, especially for his offensive contribution (+0.48), although it was also the one that finished the worst with the ball in play (-0.37). In game construction it went unnoticed.

They don’t get involved defensively, sometimes even penalize. But his big handicap is not that, but that they fail a lot. They fail to materialize clear scoring chances that they themselves have built. In the match against Marseille (0-0)only among the three were they expected to have scored two goals. The one who is failing the most in finishing is Messi, although he is the best in game construction of the three. The conclusion is that at the moment they are not playing well together, that are not understood, and that PSG’s worst games so far have been with them on the pitch. Although it is not even clear that they will play at the Bernabéu: depend on if the blow that Mbappé received in training this Monday prevents him from being in the game at the Madridista stadium or not.

A trident that does not scare