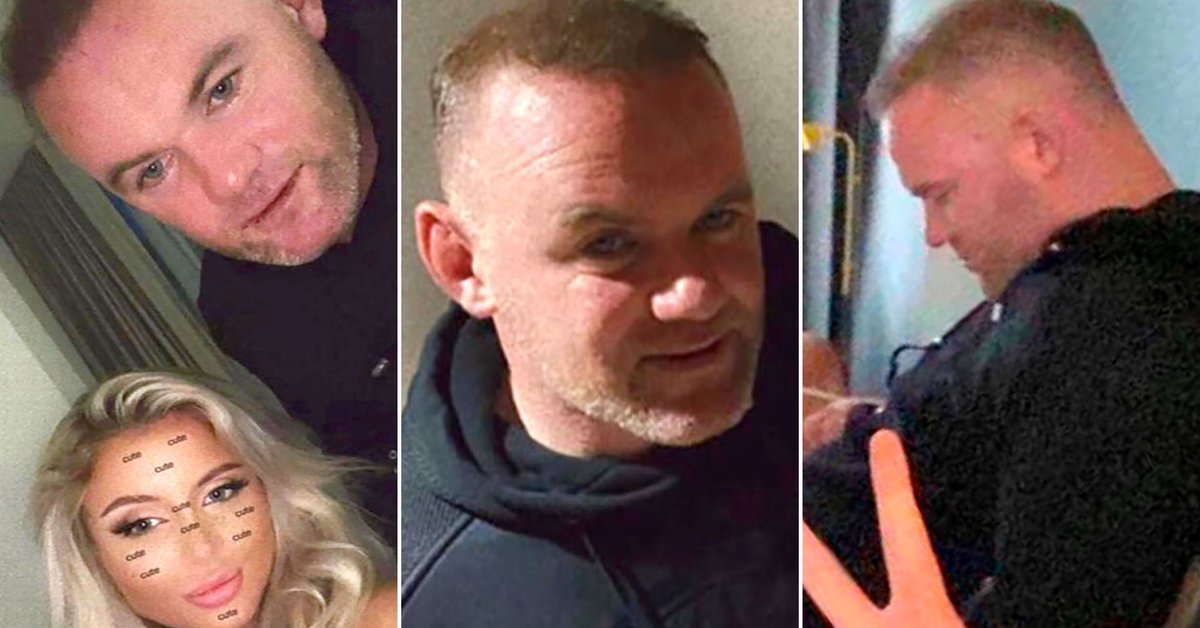 Wayne Rooney He returned to become the protagonist of the main British media for his life off the pitch. The now Derby County coach It was photographed by a group of women with which he spent the night while celebrating the birthday of one of them.

In the images, the former player could be seen in different states. While in the former he appears awake and conscious next to a woman, in others, he was asleep in a chair fully clothed.

The next day the photos went viral and it was from there that the British chose to make a formal complaint to the police, as their lawyers assured the media The Sun, for disseminating private postcards without your consent.

It all happened on Saturday night, after his team suffered its second defeat in a preseason game against Salford 2-1. Together with a group of friends, The former footballer attended a party at the exclusive Chinawhite club in Manchester.

There, at their VIP booth, they met a group of three girls who were celebrating the 21st birthday of one of them. At the end, Rooney and his companions decided to accompany them to the hotel where they were staying and everything seems to indicate that the festivities continued.

In the middle of the celebration, the young women began to take photos. At first the Englishman could be seen with half cloudy eyes next to one of them. But the jokes started when the Briton decided to fall asleep dressed in one of the chairs.

From that moment on, the Snapchat model Tayler ryan and two friends of hers, Elise Melvin and Brooke Morgan, all of them 21 years old, photographs were taken with him. One of them posed showing her butt next to her, joking with the phrase “Mooney Rooney”; another making the peace sign before a Rooney already asleep, while the third appeared lying on the bed in her underwear: “Sleep Wayne”, you could read below.

At the hotel, Rooney fell asleep in a chair

In dialogue with The Sun, a witness explained that, “they couldn’t believe how lucky they were when they were invited, they were stunned. They spent a couple of hours with him and his friends before moving on. “

“They were flattered. They had a really good night and said Wayne and his friends were lovely. All the girls love to party, but I think this was probably the wildest night of their lives, “he said, before adding that: “There was no sexual contact, it was just a great night.”

“Wayne was very complimentary with them, with their appearance, but nothing happened. Everyone was having fun dancing with Wayne and his friends and posting about it on Snapchatbut they couldn’t stop laughing when he passed out. They decided to have a little fun, “he acknowledged. The next morning, Wayne left immediately. It was very rude. There was no laziness, he just got up and left. He texted a colleague to ask him to pick him up, went downstairs and waited for the friend to pick him up and then left. Then the girls started posting it on social media and it went viral. “

Knowing the scope of the snapshots, Rooney decided to report it to the police assuring that they had taken pictures of him while he was sleeping without his permission. The case was left in the hands of his lawyers.

Wayne Rooney has been married since 2008 and has four children. Previously, he had already had media episodes related to the night world, especially alcohol consumption, something that brought him many marital problems during his last steps in Manchester and the beginnings in the MLS of the United States.

The complete album of the Messi’s vacations in Miami and the Dominican Republic
Yerry Mina spoke for the first time about her crossing with Lionel Messi in the Copa América
Messi’s contractual situation and the arrival of Kun Agüero: Koeman’s first words