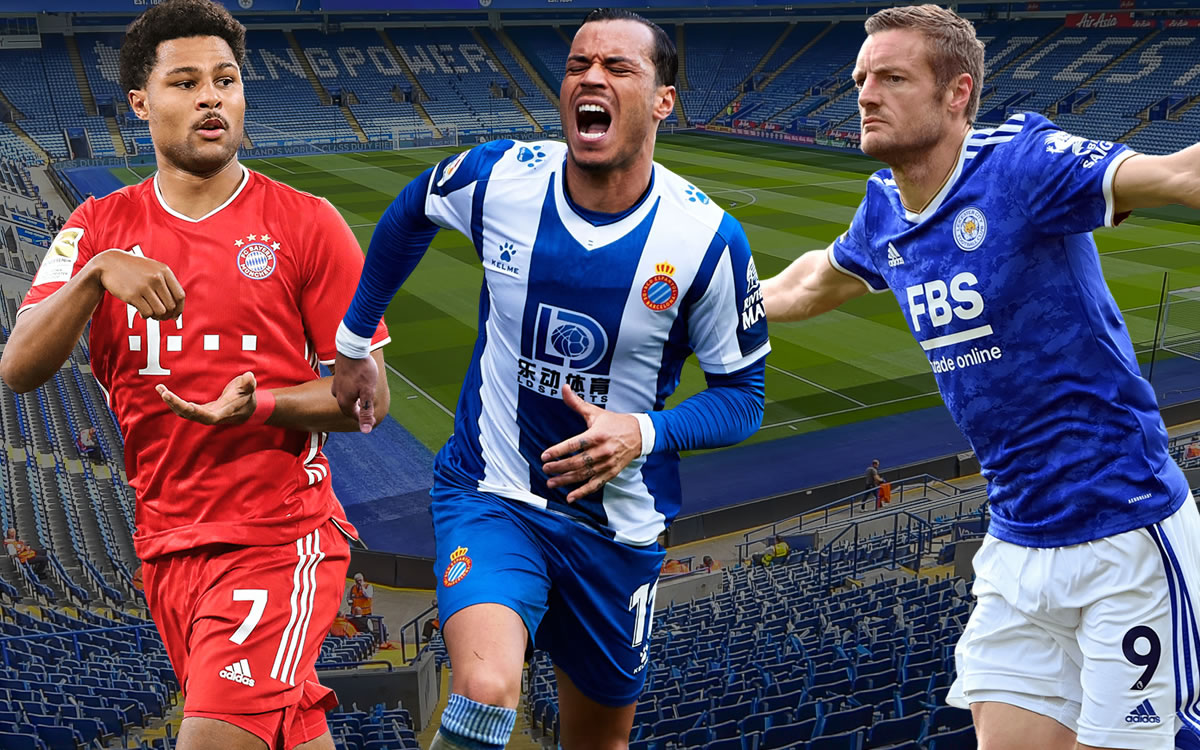 The actuality of world football dictates that forwards They are the most expensive and sought-after elements when it comes to strengthening a club, with foreigners being the ones that monopolize the spotlight the most, to the extent of impacting the destinies of the teams themselves. This happens especially in almost all European leagues, where thanks to these foreign scorers, teams like Real Madrid, PSG or Manchester City lead their tournaments, as does the Bundesliga, where the Bayern Munich and the Borussia Dortmund dominate.

Without a doubt that all these clubs of international stature would suffer without their foreign elements if a table of goals were made only of national or non-native elements of the country. In the general table of the Bundesliga, Bayern is a leader with 40 points and Dortmund follows in second place with 31 points, but they would obviously fall if only goals from national and non-native strikers are taken into account, as shown in Transfermarkt.

If they only count national scorers in the influence of the results of the matches of the 16 games played, the Bayern Munich would fall to third place in the table, with 28 points, product of 8 wins, 4 draws and 3 losses, while BVB would have a more resounding fall, adding 18 units with 4 wins, 6 draws and 6 losses, which would lower it from second to thirteenth place.

If the classification depended only on non-national scorers, that is, foreigners, the Bavarian team would have fewer points, but would continue to top the table with 32 units and the black-yellow box would remain behind with 29 points.

The Polish Robert Lewandowski is the Bundesliga scorer with 18 so many, while the Norwegian Erling haaland is third with 11. Bayern have German Serge Gnabry fighting the individual scoring table with nine, in fifth place.

Leicester would dominate in the Premier League

The current season of the English League is led by Manchester City, with 41 points, a situation that would be maintained if only the goals of foreign players were counted, but they would have three units less (38), with Bernardo Silva as their best scorer with seven goals .

If only local element annotations are summed, the Leicester City would be in first place with 31 pointsAs Jamie Vardy contributes nine goals and Mohamed Salah, who has 14 goals, fights for the scoring lead, and the Citizens would drop to fourth place with 29.

In LaLiga, Espanyol would be the leader

While in Spain, Real Madrid is the leader of the current table with 42 points, with Karim Benzema as the scoring leader with 13 goals and Vinícius Junior in second with 10. If only goals from outsiders are counted, Madrid would continue in first place, with 43 units.

But if only Spanish elements are counted, Espanyol de Barcelona would be the pointer with 33 points, with Raúl de Thomas as the scorer with eight goals, while those of Carlo Ancelotti would drop to tenth position, with 21 points.

Rennes would surprise in Ligue 1

The PSG is the most valuable team in the French League and dominates the general table with 45 points, followed by Marseille with 32 and Rennes with 31. If only goals from foreign players are taken into account, the Paris team would be first with 40 points, with Olympique chasing it with 37, but in third would be Nice.

In the top 5 of scorers of the current Ligue 1 campaign is Jonathan David (Lille) with 11 goals; Gaëtan Laborde with nine in second place and followed with the same number by Mohamed Bayo (Clermont Foot 63), Kylian Mbappé (PSG) and Ludovic Ajorque (RC Strasbourg).

The story would be different if only the annotations of the national scorers are taken into account, since Rennes would be the leader and Paris Saint-Germain would not be in Champions League positions, since they appear up to seventh position with 24 units.

A football without foreign goals; Espanyol would be the leader in Spain