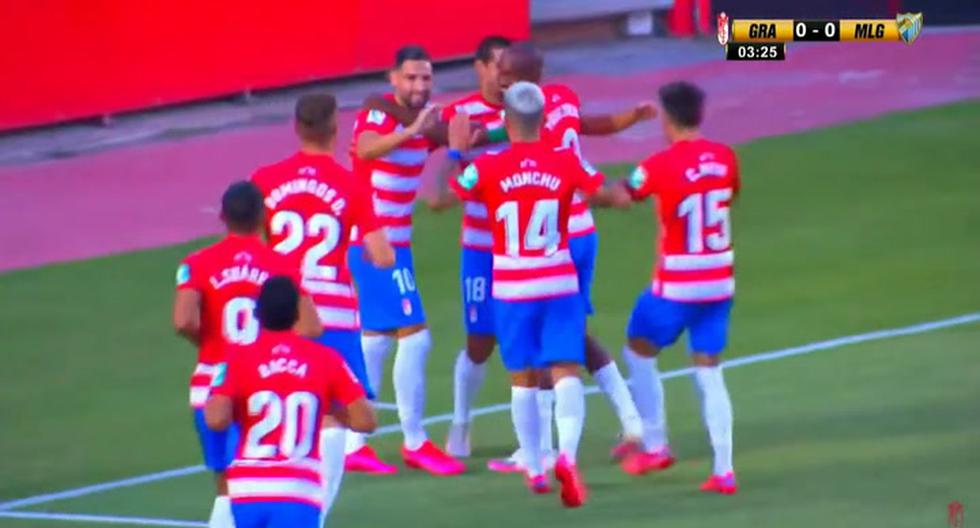 Luis Abram has scored a goal this Friday with him grenade precisely in the first game that he plays as a starter in the Spanish team. The victim of the Peruvian, who came to the Nasrid squad as a free agent after passing through the Argentine Velez Sarsfield, has been none other than Málaga in the framework of the 2021 Ciudad de Granada Trophy match at the Nuevo Los Cármenes Stadium with the presence of audience in the stands.

Luis Abram’s goal came just in one of the first attacks that Robert Moreno’s team had. After the execution of a corner from the right, the Peruvian international found himself with a loose ball and did not take long to get a strong shot to put Granada ahead.

As expected, the former Sporting Cristal player won the praise of the match commentators. “It is a good central to complete what we have, it is what was missing”said the reporter of the meeting, which will remain etched in Abram’s memory for having been a big debut as a headline.

Luis Abram makes his debut in Los Cármenes with a goal.
Bigeeeeee! 🙌🏽🙌🏽🙌🏽

The Peruvian central defender had said on the day of his presentation that “Playing in Europe is a dream” that he had since he was little and a challenge that does not scare him and that he takes “With enthusiasm and joy”.

Luis Abram, 25 years old and who has been committed to the Spanish club for three seasons, showed himself in his official presentation “Very happy to be here” and he has declared that he opted for the red and white offer because he liked it “The club project” and because it fits “into the idea” of the game that the team has.

The central has recognized that it was also “An important factor” to choose Granada the conversations he had with his compatriots Renato Tapia, who “He is doing things very well” at Celta, and with Sergio Peña, a former Granada player who told him “how is the club ” to which it reaches.