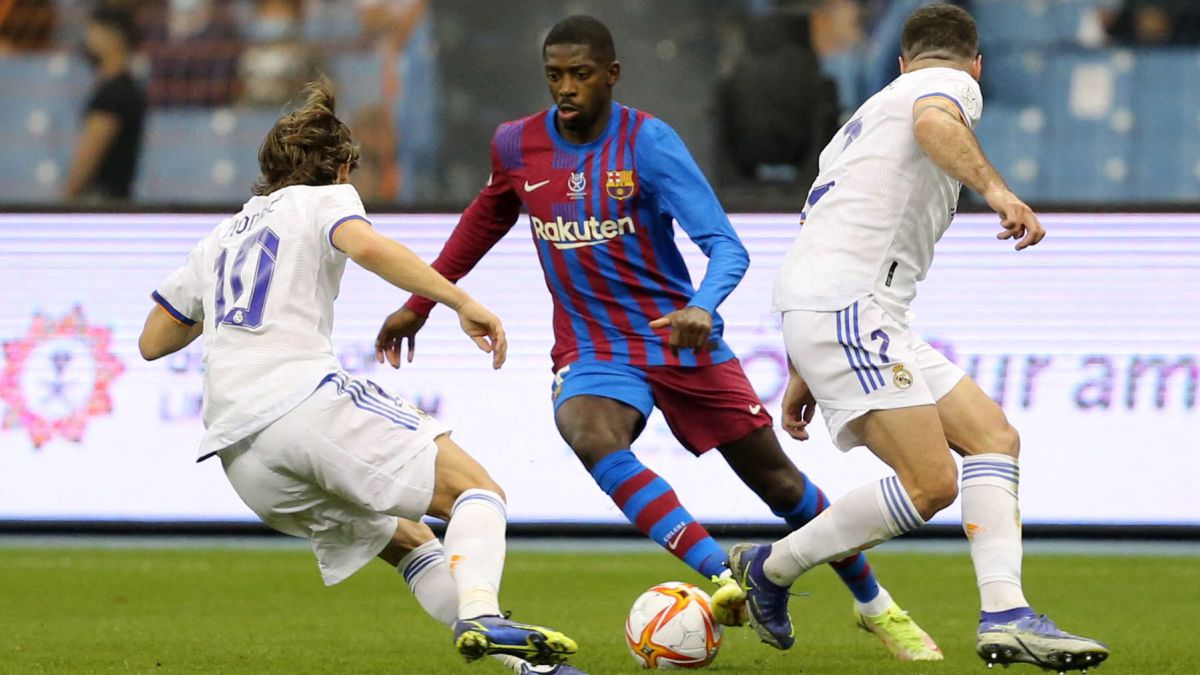 Barça proclaims that it is coming back, but it is not yet complete. He is missing pieces, and not just the ones he wants to sign for next season, with Gayá and Haaland, the dream, in his head. It still has to be defined for the second part of the season. For that, and after giving up Coutinho, renewing Demir down and renewing Samuel Umtiti down, has to solve the cases of Ousmane Dembélé, Sergiño Dest, Memphis Depay, Luuk de Jong, and try to sign Álvaro Morata and a right back. The favorite is Noussair Mazraoui, 24 years old, from Ajax, whose signing was linked to the departure of Sergiño Dest, whom Ajax wants back.

In parts, the most urgent case is that of Ousmane Dembélé, who is entrenched to the point that the club has already made it known that it will not raise its offer to the player’s agent, Moussa Sissoko. He has done it in private, but also before the media. “There will be no more meetings with him; You have an offer and you must respond to it. And we have to solve it now”, Mateu Alemany has urged Dembélé and his entourage. If the Frenchman extends the contract (he would do so downwards), a certain salary margin would be opened that would allow the signing of Morata to be attacked. If he does not accept the club’s proposal, the options are multiple: make him play normally until his contract ends in June, send him to the stands or try to sell him prematurely to his destination in June, if you have it. The agent has already let Barça know that they do not value this last option. Perhaps because they don’t have anything as juicy as they want to make it look.

There are other matters to resolve. Sergiño Dest does not count for Xavi and Mateu Alemany has sent the Dutch right back with an American passport who, if they receive an offer, have the green light to leave the club. Barça’s idea was to include Sergiño Dest in the operation Mazraoui, a Moroccan right-back whose contract ends next June. But Dest has doubts and Barça prefers to use the salary margin it can free up for the signing of Morata, which is Xavi’s great obsession and could also determine the future of Luuk de Jong. In principle, the Dutchman will not move and will be a good spare part for Ansu or Ferran. But if Morata arrives, the scenario could change for the last accidental hero that Barça has had.

Linked to the Morata affair is the new problem of Memphis, who has a year and a half left on his contract but whose current scenario at the club has changed with the departure of Koeman, the reappearance of Ansu and the arrival of Ferran Torres. Xavi’s insistence on Morata has bothered him, to the point of considering his departure. He is aware that the new coach does not believe in him as a project for the future and the possibility of Morata entering the operation, published in Italy, has its certain logic, although it would add protagonists to an operation in which they are already immersed, Barça, Atletico, Juventus and Morata. Also agreeing with Memphis does not seem easy, but Alemany has to complete the puzzle before January 31.

17 days to finish the puzzle