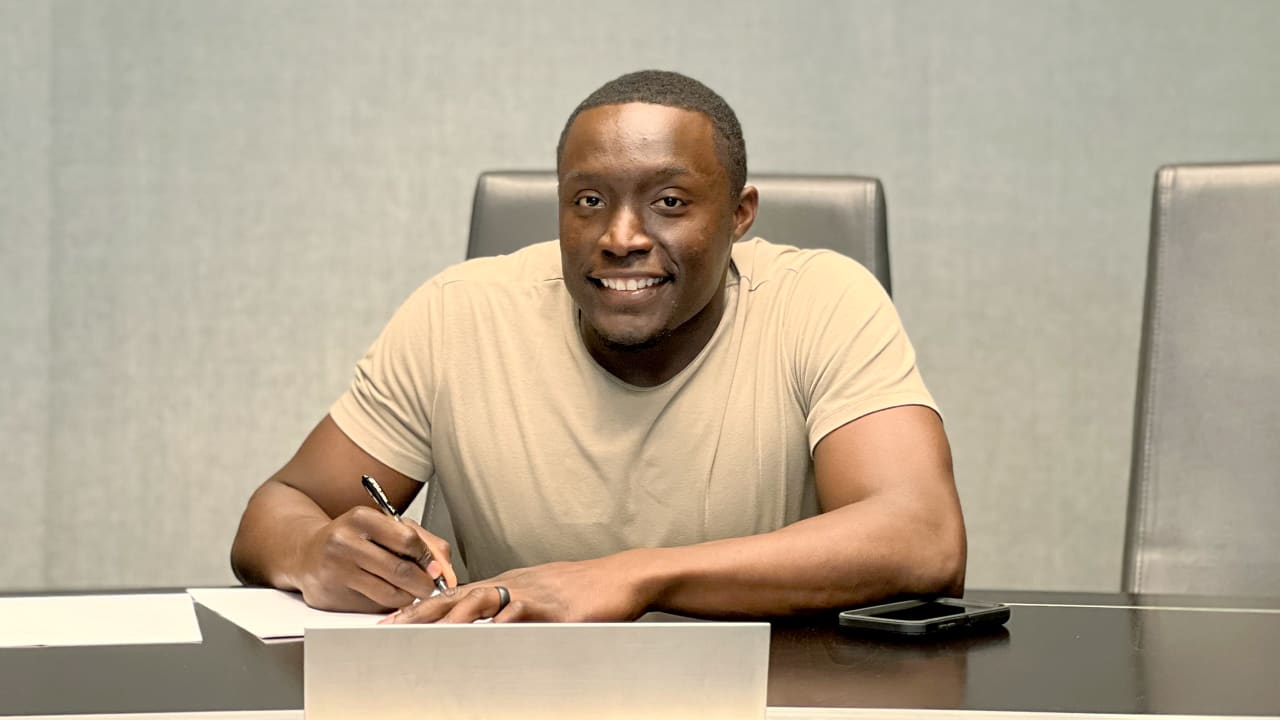 FRISCO, Texas – For James Washington, joining the Dallas Cowboys isn’t just a fresh start. It is a homecoming.

“A dream come true, especially growing up two and a half hours from here,” the 25-year-old wide receiver said Monday after signing a one-year contract at The Star. “Playing for the Dallas Cowboys is like a dream of a small town kid. I’m living it, for sure.”

Washington is from Stamford, Texas, about 200 miles west of the Dallas area, with a population of 3,037 at the 2020 census. He played his last high school game in 2013 at AT&T Stadium, which led to Stamford High to win the Class A Division 1 championship.

“I was like, ‘Man, I could get used to this,'” Washington recalled thinking when playing inside Cowboys headquarters.

Like his friend and mentor, former Cowboys star wide receiver Dez Bryant, Washington went from Texas high school football to Oklahoma State, where he won the Biletnikoff Award as the best wide receiver in the country his senior year in 2017. The Steelers drafted him in the second round the following spring.

After four years with Pittsburgh, Washington entered free agency for the first time. The Cowboys were a fit for multiple reasons.

Not only was North Texas close to home, but the Cowboys were suddenly in dire need of a veteran wide receiver after trading Amari Cooper to the Browns for a fifth-round draft pick, saving $16 million on top. salary this year. Versatile backup Cedrick Wilson also signed a free agent deal with the Dolphins.

Between 2018 and 2021 with the Steelers, Washington had 114 receptions for 1,629 yards and 11 touchdowns, never consistently breaking the starting lineup. Reports said he wanted more playing time. He finished his rookie deal with Pittsburgh, but actually saw his snap total drop to 486 in 15 games (32.4 average), according to ESPN. Washington’s 44 receptions were the fewest since his rookie season.

In Dallas, he will have the opportunity to compete for a more consistent role. CeeDee Lamb and Michael Gallup are now the Cowboys’ top two receivers, though Gallup will spend this offseason recovering from knee surgery and says his goal is to be ready for Week 1.

Given the Cooper trade and Gallup’s injury, the Cowboys needed to cover at wide receiver before the draft. Washington has shown that he can make plays against NFL defenses, primarily as an outside receiver. The slot is also a possibility, as Cowboys receivers playing all three positions have been a staple since Mike McCarthy became head coach in 2020.

Washington is ready for the opportunity.

“The mindset I came in with is to work hard and earn my place,” he said. “I don’t want to come in here and take anything. I want to earn it and earn the respect of these guys and do what I can to help this team win.”

WR James Washington: Joining the Cowboys is a ‘dream’