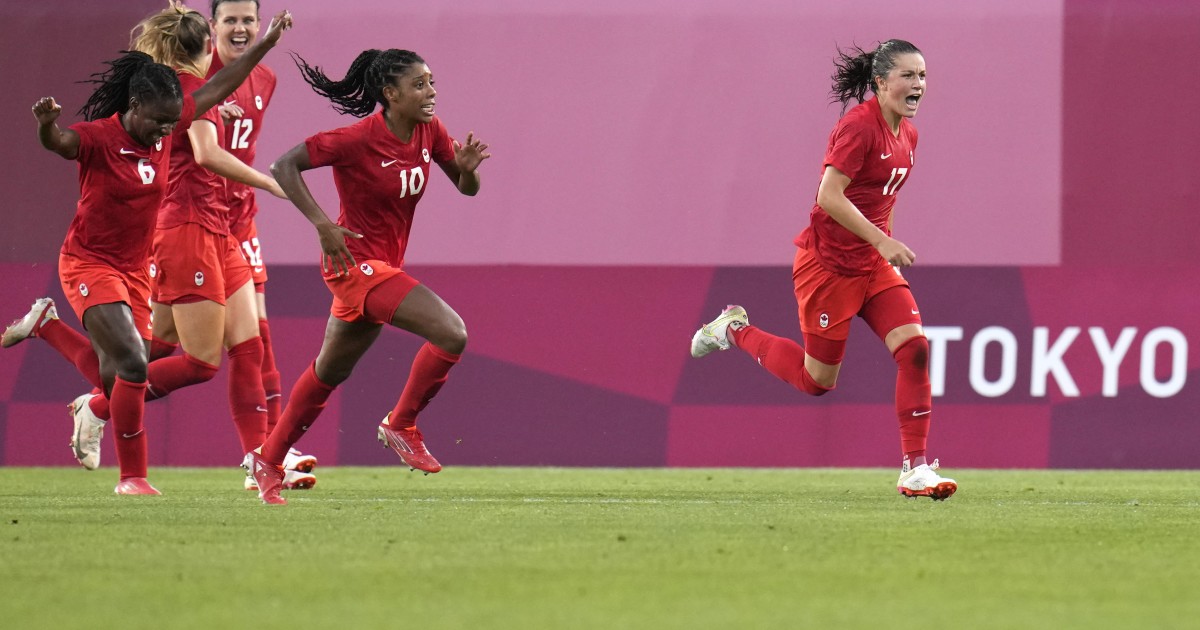 With a Jessie Feming penalty goal in the 74th minute, Canada knocked the United States out of the fight for gold at the women’s Olympic soccer tournament on Monday and advanced to the final after winning 1-0.

In Friday’s final at the Olympic Stadium in Tokyo, Canada will face Sweden, who defeated Australia 1-0 in Yokohama. The Americans will try to save the bronze in a replay of the final group stage match against the “Matildas” in Kashima on Thursday.

This is the second time that the Americans – reigning world champions – have been out of the fight for gold at a Games. In 2016 they lost to Sweden in the quarterfinals.

Canada had not beaten the United States since 2001.

The Americans, who were aiming for their fifth gold medal, reached the semifinals after beating the Netherlands 4-2 on a penalty shoot-out after a 2-2 draw in regulation time. But their performance in the group stage had been uneven: they started with a 3-0 loss to Sweden that cut 44 unbeaten matches, thrashed New Zealand and drew scoreless with Australia.

“We owe ourselves,” said Carli Lloyd, who at 39 is the oldest player in the United States and who may have played her last major tournament with the national team.

After a goalless first half, Fleming opened the scoring for Canada from 11 meters against substitute United States goalkeeper Adrianna Franch.

Starter Alyssa Naeher was injured when she fell badly when she tried to control an elevated ball inside her box in the 20th minute. She was treated by the doctors for about five minutes while Franch warmed up and although she tried to stay in the game, she was finally replaced after half an hour.

Naeher was key in the victory over the Netherlands in the quarterfinals by saving a penalty in regulation time and another two in the shoot-out from 11 steps.

Quinn, a midfielder for Canada, will be the first trans person to win an Olympic medal. She already achieved a bronze in 2016, before declaring herself trans.

In the other semifinal, Fridolina Rolfo gave Sweden a pass to the final with a goal in the 46th minute that Australia could not overcome.

The Swedes also reached the final at Rio 2016, but lost to Germany.