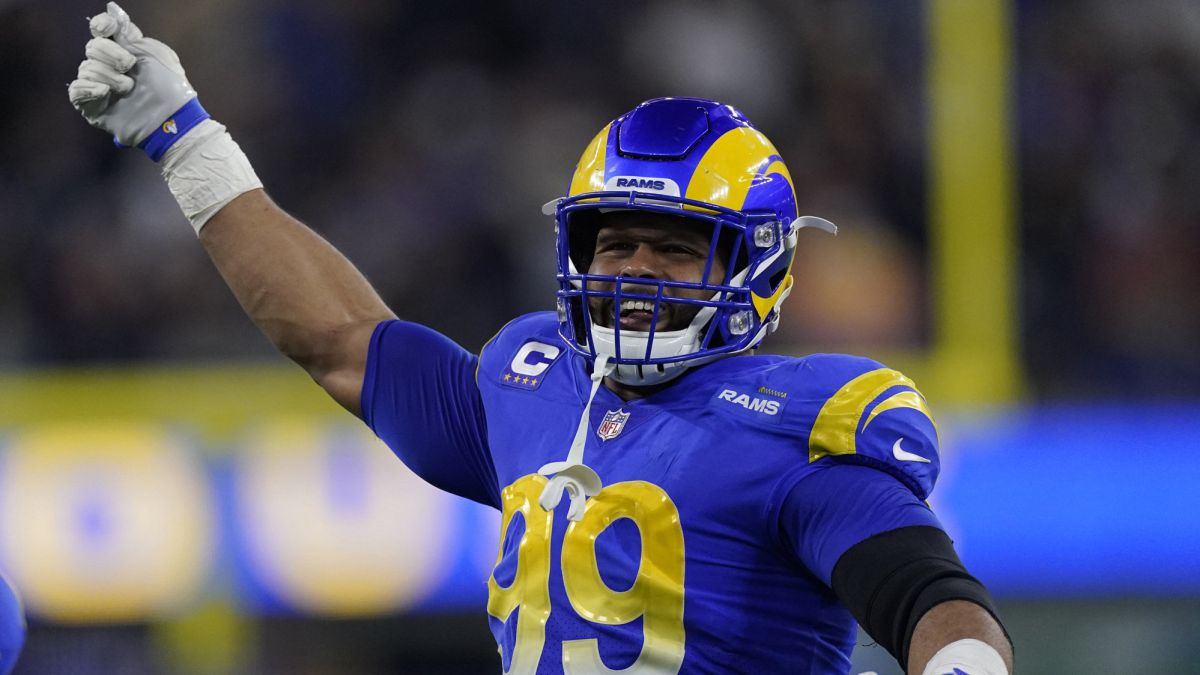 One is not enough, which is why the Los Angeles Rams want to be the second team in history to play the Super Bowl in their stadium.

The NFL had to wait 55 years for that to happen. The Tampa Bay Buccaneers, led by Tom Brady and an extraordinary defense, won the LV edition in February 2021, when they defeated the Kansas City Chiefs 31-9 at Raymond James Stadium.

Super Bowl LVI is at Sofi Stadium, home of the Rams, who need two wins to emulate what the Bucs did.

First thing’s first. This Sunday, in the NFC Championship Game, the Rams face the San Francisco 49ers, who have beaten Los Angeles six times in a row and seek to return to the Super Bowl for the eighth time in their history and second since 2018.

On Sunday, the Rams will become the first team to play a Conference Championship game at the Super Bowl venue.

When the 49ers have the ball

It is no secret to anyone that the coach’s offense Kyle Shanahan It is based on the running game, and not exactly with a conventional running back.

It’s the wide receiver Deebo Samuel the real star of this 49ers ground circus. Samuel finished the regular season averaging 6.2 yards per attempt and 8 rushing touchdowns; in two playoff games he has 111 yards, 5.6 per carry and one touchdown.

Samuel is used by Shanahan in end-around plays and jet-sweeps, to take advantage of his speed and elusiveness.

The most conventional races are run by the rookie Elijah Mitchellwho had 963 yards and five touchdowns in the regular season, with 149 and one touchdown in the Playoffs.

For the defense of the Rams it should be a priority to stop the running attack of the gambusinos and put the responsibility of the game in the quarterback Jimmy Garoppolo.

In wins over Dallas and Green Bay, “Jimmy G” (4-1 in playoffs) has zero touchdown passes and two interceptions.

Garoppolo could be easy prey for Von Miller, Aaron Donald and company.

In the regular season, San Francisco averaged 145.5 rushing yards against the Rams and in both games I owe Samuel found the diagonals.

When the Rams have the ball

Coach’s Attack Sean McVay he is more balanced, but his strength is in the aerial game.

For this they made the services of the quarterback matthew stafford in an offseason trade with Detroit, and the move has paid dividends.

In playoff wins over Arizona and Tampa Bay, Stafford has completed 74.5% of his passes, with 568 yards, four touchdown passes and zero interceptions.

Its main objective is the extraordinary cooper kupp, who led the league in the regular season with 145 receptions, 1,947 yards and 16 touchdowns. In the postseason he has 14 catches, 244 yards and a pair of touchdowns.

Late in the game against the Bucs last week, Kupp made a couple of catches to set up the game-winning field goal on the final play of the game.

The 49ers backcourt – primarily the cornerbacks Emmanuel Moseley, Josh Norman and the rookie amber thomas– will have their hands full with Kupp, whom they know perfectly well.

On the other side of the field will be the veteran Odell Beckham Jr.who has become an ideal complement to Kupp and a reliable target for Stafford, especially in the red zone.

The 49ers and Rams have only met once in the postseason. It was at the NFC Championship in 1989, when Francisco won 30-3 at Candlestick Park to advance to Super Bowl XXIV.

The Rams have won seven of the last eight in the 2021 campaign. Their only loss came in Week 18 against San Francisco.

The Niners have won three in a row on the road against the Rams and five of the last six in Los Angeles.

With one more win, the Rams will play the Super Bowl at home