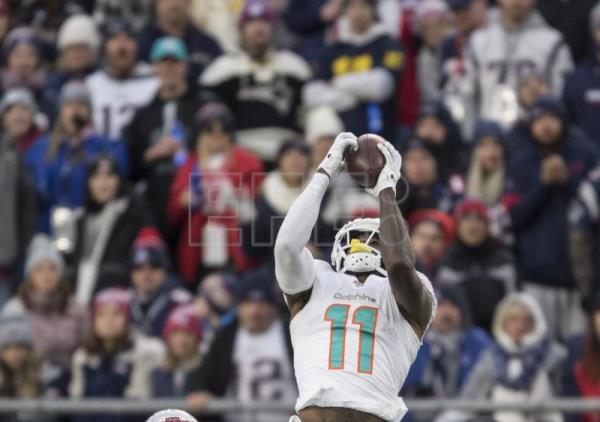 The New England Patriots of the NFL, under coach Bill Belichick, reinforced their offense this Saturday with the hiring of receiver DeVante Parker, formerly of the Miami Dolphins.

In exchange for the player, Miami, which recently signed star Tyreek Hill, will receive a fifth-round pick in this year’s draft and a third-round pick in 2023 from the Pats.

The 29-year-old wide receiver came into the NFL as a first-round pick in the 2015 Draft for the Dolphins. His best year with Miami was in 2019; he had 1,202 yards on 72 receptions and nine touchdowns.

The offense of Belichick’s team, the “coach” with the most wins in Super Bowls with six, is controlled by 23-year-old rookie Mac Jones, whom they seek to provide with a range of receivers that will allow them to be a team contending for the championship. of the NFL.

In addition to Parker, Jones will have the safe hands of 25-year-old Jakobi Meyers, who last season led the Patriots in receiving yards with 866, although he managed only two touchdowns.

In other relevant movements of the NFL free agency this Saturday, the Houston Texans tied up the 26-year-old running back Marlon Mack, formerly of the Indianapolis Colts with whom he broke the 1,000-yard barrier in 2019, but a tendon rupture in Achilles in 2020 prevented him from repeating those numbers.

In New Orleans, defensive lineman Jalaeel Johnson, 27, left the Houston Texans to sign for the 2022 season with the Saints. Johnson was drafted by Minnesota in 2017; last season he was inactive, totaling just 23 tackles.

The Saints also extended the contract of 28-year-old defensive back Lamar Williams for a year.

Also this Saturday, the 30-year-old veteran running back Giovani Bernard renewed to play one more season alongside Tom Brady in the Tampa Bay Buccaneers.