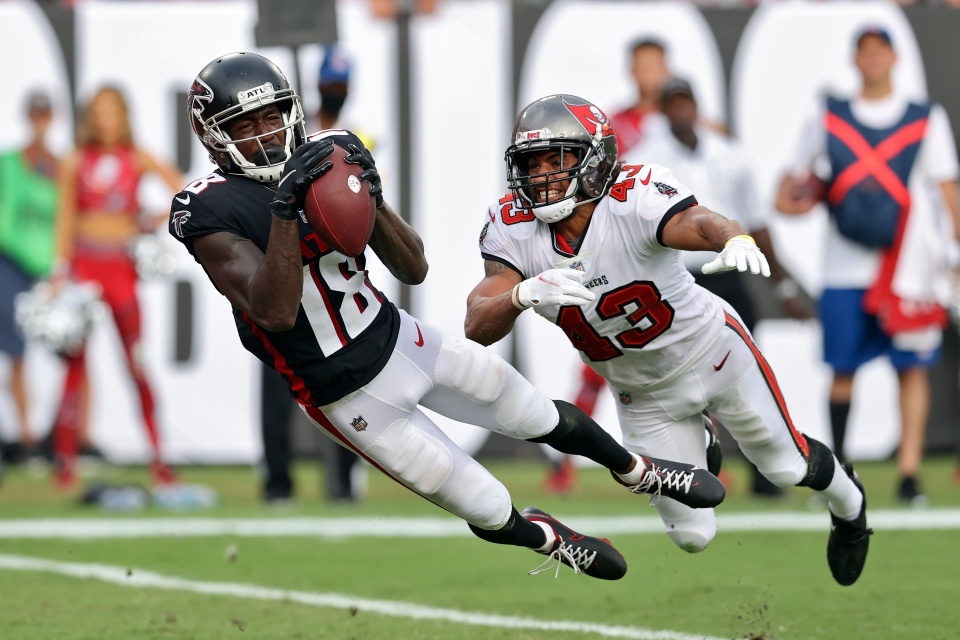 CALVIN RIDLEY currently plays for the Atalanta Falcons in the NFL.

After missing most of last season, the league announced on March 7 that Ridley would be suspended for the 2022 campaign.

Who is Calvin Ridley?

In 2018, Ridley was drafted by the Atlanta Falcons as the 26th pick in the first round of the NFL draft.

Before that, he excelled at the University of Alabama.

In 2020, Ridley finished the season with 90 receptions for a career-high 1,374 yards and is known as one of its best players.

Outside of football, Ridley is known as a father and future husband.

Why did Ridley miss part of the 2021 season?

On October 31, 2021, Ridley took to Twitter to address his situation, revealing that he is taking a break from football following his multiple absences earlier in the season.

“These last few weeks have been very challenging and as much as I would like to be on the field competing with my teammates, I need to step away from football right now and focus on my mental well-being,” Ridley wrote.

“This will help me be the best version of myself now and in the future.”

He continued, “I want to thank my teammates, the entire Atlanta Falcons organization, our great fans, my friend, and my family for all of their support during this time.”

Earlier in the season, Ridley was not present for the Falcon’s game in London against the New York Jets and their game against the Miami Dolphins.

“We support Calvin during this time and will respect his privacy in this regard,” the team said in a statement at the time.

Falcon fans were excited to have their star receiver back on the field after a disappointing 2021/22.

But Ridley will not participate after the NFL suspended him for gambling on games.

During his stint on the sidelines last season, Ridley made a number of bets on the outcome of NFL games, including backing the Falcons to win.

The league says there is no reason to suggest Ridley used inside information or influenced the outcome of any game.

The WR will lose his $11.1 million salary for 2022 and could even be suspended for longer.

NFL Commissioner Roger Goodell wrote to Ridley, saying, “There is nothing more fundamental to the success of the NFL, and to the reputation of everyone associated with our league, than upholding the integrity of the game.

“This is the responsibility of every player, coach, owner, game official and anyone else employed in the league.

“His actions compromised the integrity of the game, threatened to damage the public’s trust in professional football and potentially undermined the reputations of his fellow players throughout the NFL.

“For decades, betting on NFL games has been considered one of the highest violations of league policy warranting the highest penalty.

“In your case, I acknowledge and commend you for your prompt appearance for an interview and for admitting your actions.”

Ridley himself took to Twitter, telling his followers: “I’ll bet 1,500 total I have no problem gambling.”

What is Calvin Ridley’s net worth?

With the Falcons, Ridley currently has a four-year, $10.9 million contract that includes a $6 million signing bonus and $8.5 million guaranteed.

While it is unclear what his exact net worth is, it is estimated to range from $6 million to $15 million.

Why is Calvin Ridley suspended for the 2022 NFL season? – Start