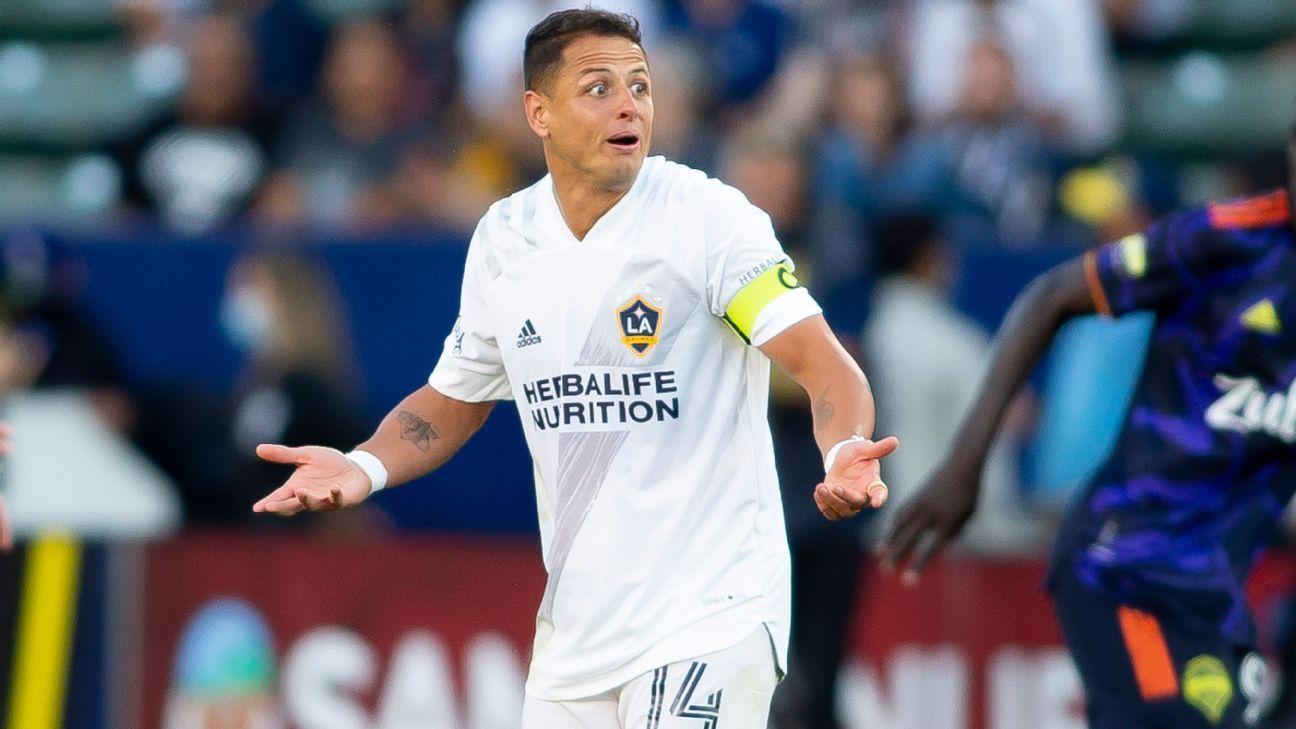 LOS ANGELES – In times of shipwreck, Gerardo Martino he insists on clinging to a rotten plank. In 2021, out of 13 possible games, Rodolfo Pizarro he has participated in ten, with only seven games as a starter, and a total of 495 minutes of play, less than 42 percent.

The promoter of Pizarro He whispers to his embedded in the media that he could return to Mexico, and that Chivas and a half dozen other teams are fighting it as a Black Friday deal. The reality is that in Liga MX no one is going to pay more than two million dollars a year for a cicada with European fantasies.

Rodolfo Pizarro he is a player with notable virtues. Dribble short, fast, skillful, cunning. Mexican soccer had been waiting for its consolidation, until it had had enough. The eternal promises have an expiration date written in their DNA.

The MLS welcomed him and he became the media banner of Inter Miami. Beyond the tumbles of the franchise, Pizarro, between injuries and loss of play, he fell from the amazing pedestal on which the, for the moment, missing coach had placed him Diego Alonso.

“David (Beckham, czar of the team), promised to take me to Europe ”, he fluttered Pizarro, already satisfied with his salary of just over 40 thousand dollars a week, which places him, for the moment, as the second highest paid of the workforce, only behind Gonzalo Higuain, who is enjoying his retirement with Las Garzas Rosadas de la Florida.

Why, then, has Martino hinted that for him, in the Mexican team, are Pizarro and a score more? Got injured Hirving lozano before Trinidad and Tobago and The Tata waited for another gray performance, pulling the invisible, by Pizarro, to call it, after New England crushed Miami 5-0 in another display of the Beckham in which the Herons continue to move with the grace of their cousins, the pelicans.

The Tata continues in that prelude to naivety in which so many other coaches of Pizarro, waiting for your great awakening. He is still between laziness and drowsiness. It has powers. Everyone sees in him a Picasso, but he is content to be a colorblind graffiti artist.

Why Pizarro and no Javier Hernandez? True, Chicharito right now he’s stuck in the hyperbaric chamber of despair on the part of the Galaxy. But, before the final call for the Gold Cup, he was in perfect health.

Today, Chicharito still between cottons. Greg vanney He does not want to rush his goal man, who has already been surpassed in the scoring table by the Peruvian Raúl Ruidíaz, with 11 annotations.

For those who filled their crop stating that Martino had consulted with his referents in the selection, if he summoned or not to Javier Hernandez, the same coach already clarified that he did not submit to the consensus of anyone and with anyone said call. It was his decision, as well as adding to the naturalized Rogelio Funes Mori.

Little by little new shoots emerge in the field of speculation about how and why Javier Hernandez has been segregated from Tri of Martino, under shared decision, in full agreement, with Yon de Luisa, president of the Mexican Soccer Federation.

Beyond that Chicharito fell from the grace of the leader in the middle of the World Cup in Russia, Gerardo Martino broke a spear by the striker. In fact, people close to the Tri, that the Argentine coach had personal talks with Hernandez.

Martino I would have emphasized Chicharito that I needed him as the strongman of the Tri, in all scenarios, facing the World Cup in Qatar 2022. They made a pact between gentlemen that the player did not respect during and after the famous brunch in New York, and its consequences in San Antonio, with a couple of damsels practically embedded with the same deferences that he previously processed for his partners, the same Javier Hernandez.

After the monumental zacapela, the technician felt betrayed. In every way. And from then on, colluded with Yon de Luisa, determined never to summon the player of the Galaxy, even despite the spectacular start of the 2021 campaign of the MLS.

Martino he applied the old proverb: “if you lie to me once, it’s your fault; if you lie to me twice, it’s my fault. ” For him, the first time he lied to him Chicharito It may have been a mistake, but the second time, it was a choice.

That is to say, beyond the fact, beyond indiscipline, beyond abusing its jurisdiction within the Tri, the player would have betrayed the pact in good faith between them.

Deserves Javier a new one, a umpteenth chance in the Mexican team? Gerardo Martino He does not believe in it, beyond the radical change that has taken place in the player, with a rigorous discipline and effort to maintain his best form.

In fact that Chicharito continue under pampering in the galactic hospital, in the rehabilitation phase, it allowed him comfortably to choose, again, the eternal project Pizarro rather than the apparently redeemed Hernandez.

Javier Hernandez, in another effort to publicly strengthen his image of change and regeneration, he even went out to bless the arrival of the naturalized Funes mori, and to reiterate that he has not resigned and does not intend to do so, for the moment, to a call to the Mexican team.

Will there be an act of malice from Martino for calling Pizarro when he militates in the MLS like Hernandez? Impossible to rule it out. For very ‘Tata’ (father or grandfather in Argentina) whoever he is good-natured, is a human being, exposed to be seduced by all possible micro-revenges.

Thus, it is clear that it was not the hidden abilities of Pizarro those that they erased from the blackboard of Martino to Chicharito, but disloyalty to a pact between knights, with the office of knights.