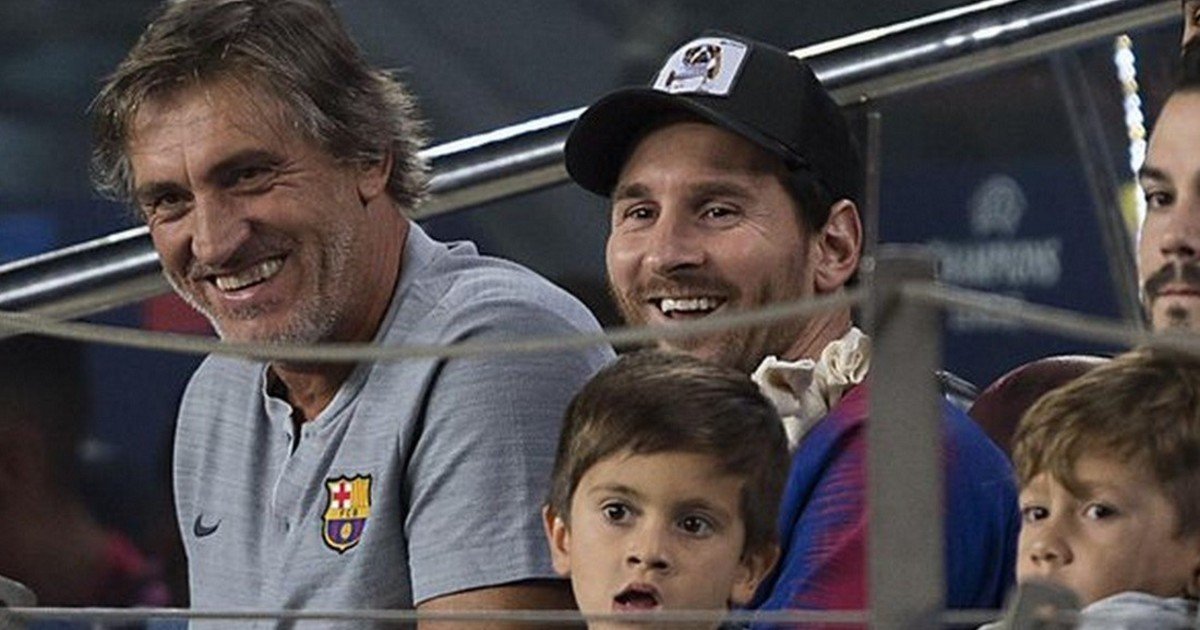 The last image of Lionel messi in Barcelona find it with Antonella Roccuzzo and their three children: Mateo, Thiago and Ciro. But he is also there at the El Prat airport: Pepe Costa. The shadow of 10, Rosario’s personal assistant, the man who became his best friend and he leaves the culé team to go with him to Paris. They say that his task is contained in the contract that Jorge Messi negotiated with the owner sheiks of PSG.

In Barcelona they called him “the achiever”. Costa, a former footballer who emerged in La Masía who at the beginning of Messi’s career worked linked to the club as in charge of the adaptation and procedures of the players. Charismatic, full of jokes and anecdotes, he was the person to call when someone needed something. Hence his nickname.

The Messi at the El Prat airport in Barcelona. Along with them, Pepe Costa. Photo: EFE / Alejandro Garcia.

Over time, her obligation came down to being around Lionel and working exclusively for him. Since then, he has been in charge of his schedule and of every detail related to the daily life of the Rosario and his family. Those who know their relationship speak of a person who acts as an older brother for Leo, takes care of him and protects him at all times.

He is seen in the series of Netflix, where the intimacy of the culé team is covered in the 2019 season: as if it were one of the family, Pepe eats a barbecue with Luis Suárez, Jordi Alba and Lionel. A privilege reserved for the few, it is clear. Lucho, Alba and Leo carry it, Pepe laughs. Then they talk serious, the three of them. They are friends.

In Paris, in addition to living closely the fury that is lived by Leo, Pepe you can cuddle with Álvaro Costa, your son. Is that if Messi will meet with Neymar, Pepe will do it with Álvaro, who fulfills the same functions as him but with the Brazilian striker who shines at PSG. They will have a good time, there is no doubt.

Lionel Messi and Pepe Costa, companions in everything.

Of course, Pepe traveled to Argentina in 2017 to be at the wedding of Lionel and Antonela, and is part of the group of friends when the plan is to go on a group vacation. They were recently in Ibiza, posing smiling for their social networks.

In Antonela’s last message on Instagram, before leaving for Paris, Pepe appears with his partner in the intimate photo of the farewell.

Lionel Messi with Antonela Roccuzzo and his entire family at the farewell to Barcelona. On the right, Pepe Costa.

Lionel arrives at PSG, a club that welcomed him in a big way and where he has several friends within the squad to make it easier for him to adapt in the dressing room and on the pitch. But together with them, Pepe will be essential for the Messi to continue to feel at home.