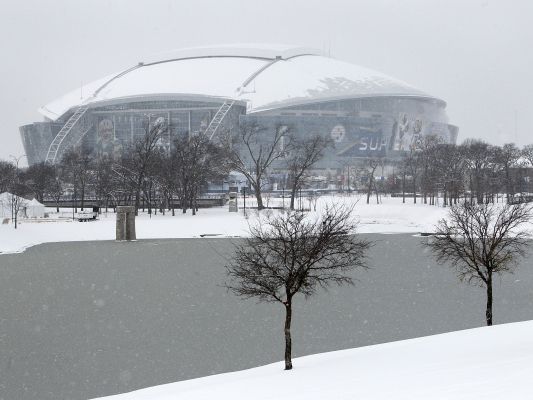 He and his city had.

Las Vegas secured, through a unanimous vote of owners, the opportunity to host the Super Bowl in February 2024.

The approval came about a 25-minute drive from the Cowboys’ AT&T Stadium, which is still waiting to re-host the NFL title game after a winter storm impacted the fan experience in this city.

“It’s just that all these new stadiums are showing up and you have to wait your turn. You have your traditional destinations like Miami, Phoenix, and Los Angeles in your own right, but hopefully we’ll make it through at some point. “

The next four Super Bowls are assigned.

Los Angeles will host the current season’s championship next February.

New Orleans was originally slated to host the 2024 game, but when the league expanded the regular season from 16 to 17 games, the Super Bowls moved one more week early in February, creating a conflict with carnival in that city.

Meanwhile, the Dallas-Fort Worth area awaits.

“We will begin the process for Super Bowl 60 and 61 in the spring. The Cowboys have expressed an interest in hosting future Super Bowls, so they clearly have an interest in doing so, “he said.

“We will work on that process in the next year as we look at Super Bowls 60 and 61. Really, there isn’t much to say right now.”

When will a Super Bowl be played again at Dallas Cowboys Stadium?