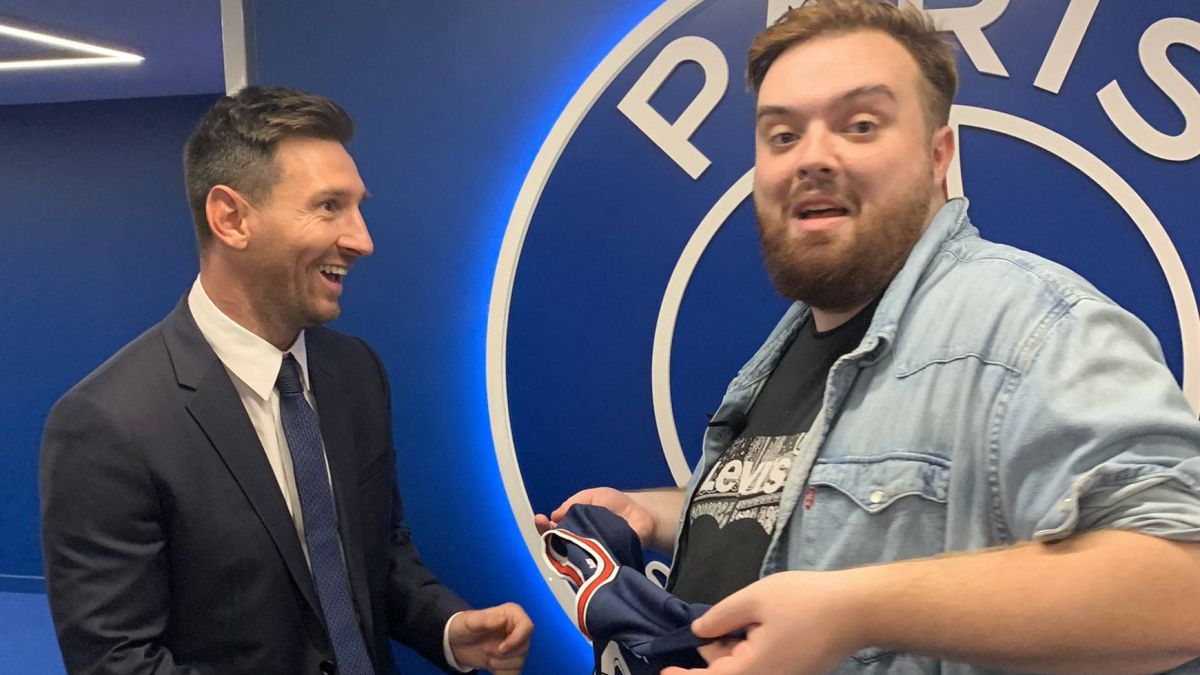 Leo Messi was presented this Wednesday in the Park of the Princes Before his mass bath lived this Saturday in his new stadium and with all the fans. This presentation was showy, typical of the signing of the player that he is, and Paris Saint Germain took the opportunity to cover all corners of the planet. For this reason, the Parisian club arranged several interviews with Leo after the press conference. The strategy outlined by the club was to give an interview to a powerful regional media and for this they agreed to a talk about the player with media from Japan, China, the United States (CNN), the United Kingdom (BBC), Spain (El País), Argentina ( ESPN) and two from France.

In addition, PSG, a club very committed to new platforms, decided to give space to 433 (the leading social network on football with more than 40 million followers on Instagram) and Ibai Llanos (the most relevant youtuber, streamer and caster).

Messi’s talk with Ibai did not go unnoticed. First of all because of the repercussion it had on being the first person who could be seen interviewing the footballer in Spanish and on top of that He did it live on his Twitch channel. And later, too, a gap was opened between the old journalism and the new way of communicating because the first group did not feel well the blow of reality by which journalism is no longer guaranteed the first information.

If someone is to blame or should sign up for both Ibai is Paris Saint Germain because Messi did not know at any time that the Basque communicator was there, although it is true that both met a few days ago thanks to Kun Agüero, who decided to take him to the player’s farewell party in Barcelona, ​​and since then there is empathy between them.

In fact, Ibai Llanos was the last communicator to be attended to in the interview round scheduled by the Parisian team and he was one of those who had the least time to chat. But even so Ibai managed to arrive first because he was the only one who he broadcast that interview live on his Twitch channel to more than 7 million followers, of which some 30,000 are subscribers.

In fact, it is PSG that puts a photo of Ibai with Messi promoting the talk with Leo and launching a message for the followers of the club’s account in Spanish to generate interaction. “Who are they? Only wrong answers ”, it could be read.