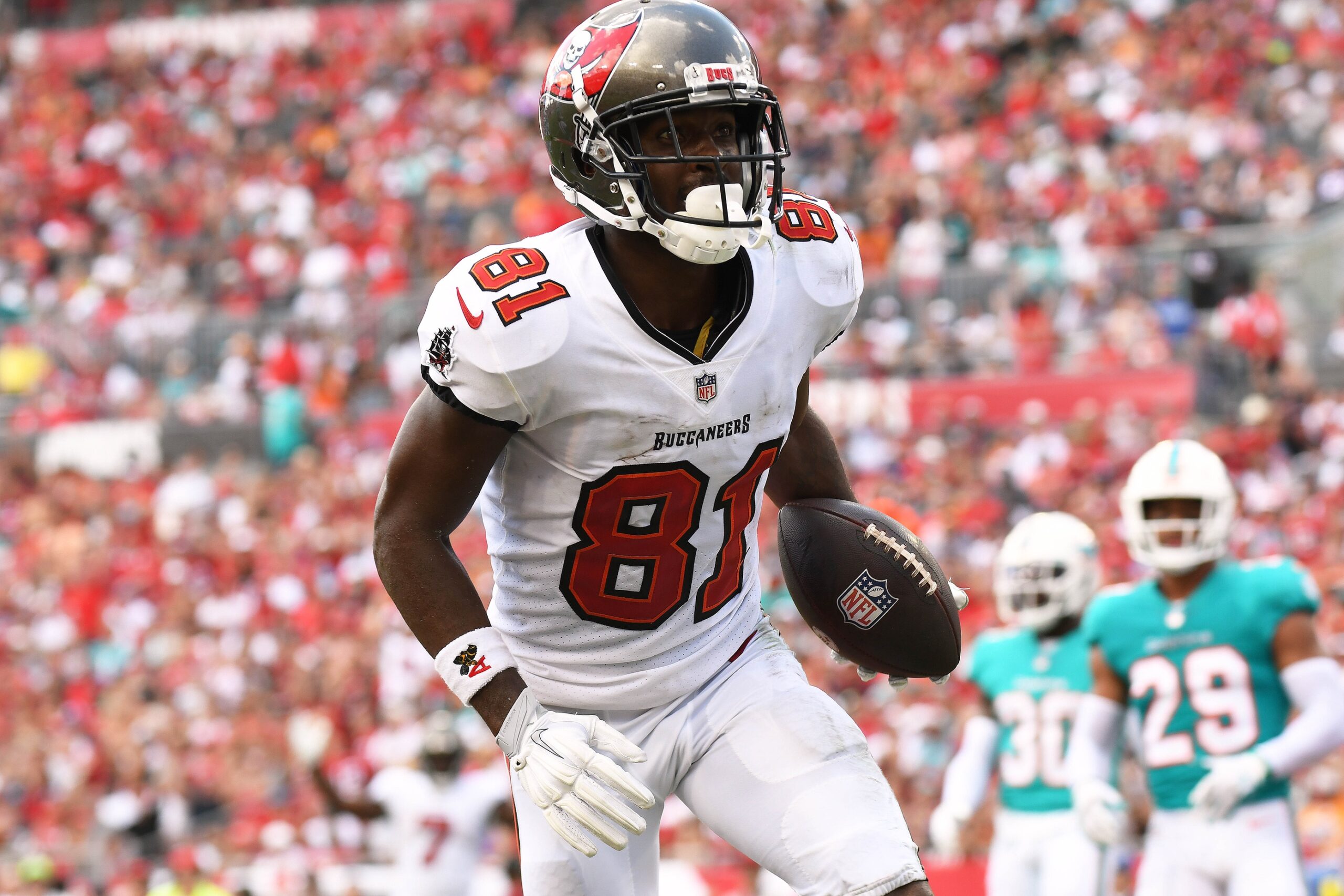 A year ago, WR Antonio Brown was helping the Tampa Bay Buccaneers defeat the Washington Football Team in wild card weekend. A year later, the Buccaneers will take the field without Brown even though he spent most of the 2021 season on their roster. Why isn’t Brown on the field this weekend and what caused his departure from the Tampa Bay roster?

After an ankle injury and a suspension for allegedly using a fake vaccination card, Brown returned to the Buccaneers for their Week 16 game against the Panthers. With fellow WR Chris Godwin out for the year and Mike Evans struggling with injury, Brown’s return was a welcome sight for Tampa Bay.

In his first game back, Brown had 101 yards on 10 catches of 15 targets. All seemed well between the maverick WR and the Buccaneers as he seemed poised to help them on their run to the playoffs. However, a week later against the New York Jets, the wheels came off in spectacular fashion.

Brown walked off the Buccaneers’ bench during their Week 17 game against the New York Jets.

During the third quarter of the game against the Jets, Brown stripped off his jersey and shoulder pads and ran, jumped, and jumped off the field.. No one really understood what was going on. But it was a sight that left many observers stunned and a little confused. After the game, head coach Bruce Arians said that Brown “isn’t a Buc anymore.”

It was later revealed that Brown had refused to return to the game. Arians then told the receiver to go away, which he did. However, that was not the end of the story.

Brown and the Buccaneers had different accounts of what happened.

Initially, there was confusion in the league. Many expected Brown to be released Monday after the game, and he wasn’t. The same thing happened Tuesday when the deadline passed and Brown was not released. On Wednesday, Brown issued his own statement.

In the statement, he stated that he had broken bone fragments stuck in his ankle, torn the ligament of the bone and suffered cartilage loss. He described it as “beyond painful” and said he would have surgery later. Brown was released on January 6, 2022. In a statement to the media, Arians further clarified the situation and refuted Brown’s claims that Arians knew about the injury and tried to force him back into the game despite it.

In recent years, Brown has gone from being considered among the best in the league at his position to being potentially unemployed. Let’s examine the timeline of events that have unfolded over the past two years: