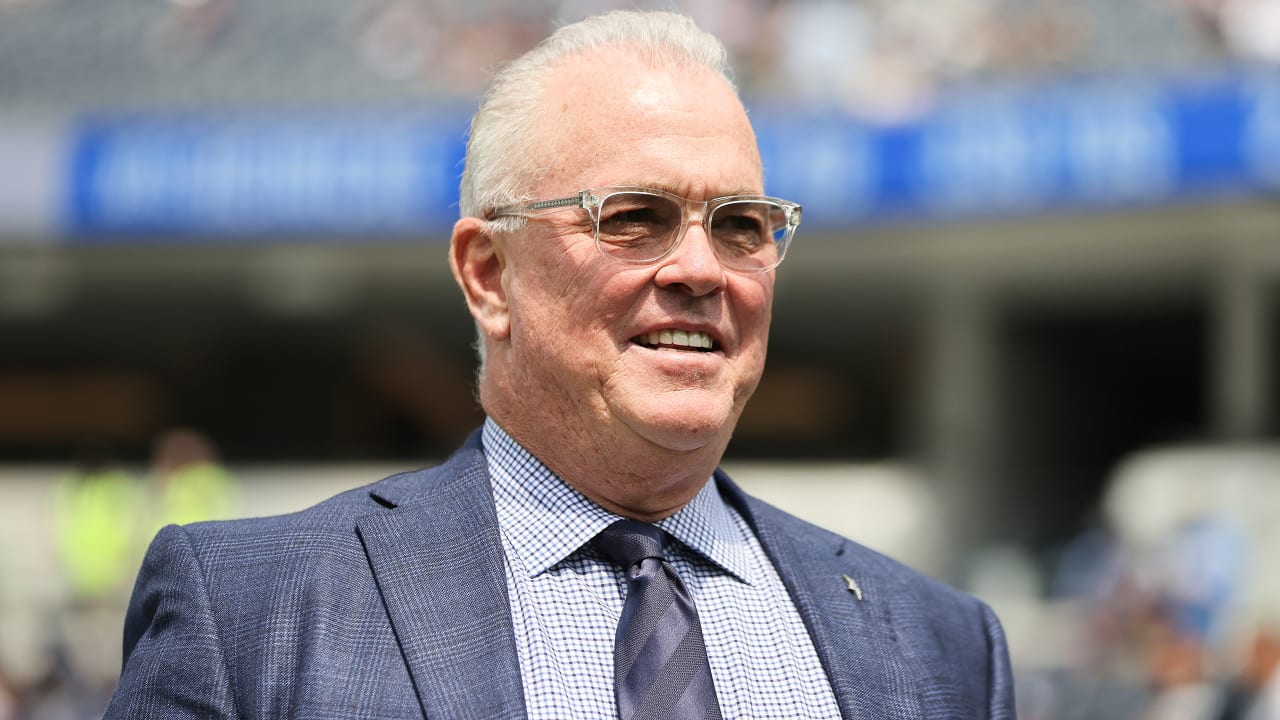 MOBILE, Ala. – The great irony of the Senior Bowl is that it’s the first glimpse of what 2022 could look like, but it’s too early in the process to be a clear glimpse.

All 32 NFL clubs have at least some presence in Mobile, with an eye to evaluating this year’s draft class and preparing for a new league year. But the fact is that there is still one game to play in this 2021 season, and there are too many unknowns about what is to come.

“It’s a little early, a work in progress for us to say ‘This is our needs, this is what we want to see right now,'” Cowboys chief operating officer Stephen Jones said Tuesday. “We’re not ready to do that yet and a lot of that will affect how many of our players we can re-sign overall.”

As is always the case, the Cowboys have a lot of work ahead of them heading into the 2022 offseason. Of their 21 unrestricted free agents, 10 of them were regular starters and a large portion were big players. Several of them, like Dalton Schultz, Randy Gregory and Jayron Kearse, could get big paydays on the open market.

There’s also the significant detail to note that the Cowboys are currently projected to be about $20 million over the 2022 salary cap, and that gives them a lot to think about in the weeks ahead.

“We’re going to have to make some tough decisions,” Jones said. “We’re not going to be able to keep everyone we’d like to keep and that’s part of it.”

Of course, a lot can be accomplished with a few clicks of a button. The Cowboys have often restructured their biggest contracts to create cap space, and they likely will again. Dak Prescott’s massive deal can be reshuffled to create room, as can any of the larger contracts along the Cowboys’ offensive line. The Cowboys have also restructured Ezekiel Elliott’s contract in the past.

There’s also the interesting case of Amari Cooper, whose $20 million salary is guaranteed five days after the start of the league year in March. Because of the way his contract is structured, the Cowboys could save $16 million by releasing Cooper before then, something that has been speculated so often that Cooper himself has been asked about it.

After the playoff loss to San Francisco, Cooper was asked if he thought he would stay with the Cowboys in 2022.

“I don’t make those decisions,” Cooper said at the time. “Honestly, I don’t know, but I hope.”

Clearly, there is a lot here for the front office to consider. Creating cap space can help them navigate 2022 and potentially keep some of their key free agents, but it may also come at the cost of creating future headaches.

Given the number of big-money contracts the Cowboys have traded in recent years, Jones noted the challenge of that balancing act.

“As much as we respect these men, they all know we have to run a business and there’s only x amount to distribute,” he said.

That will be the case again this year, perhaps for both free agents and returning players. So while the Cowboys’ draft preparation has begun, it feels fair to say that the pictures are very confusing as to what they’ll need in the near future.

“Certainly we’re going to have to manage it and make some tough decisions,” Jones said.