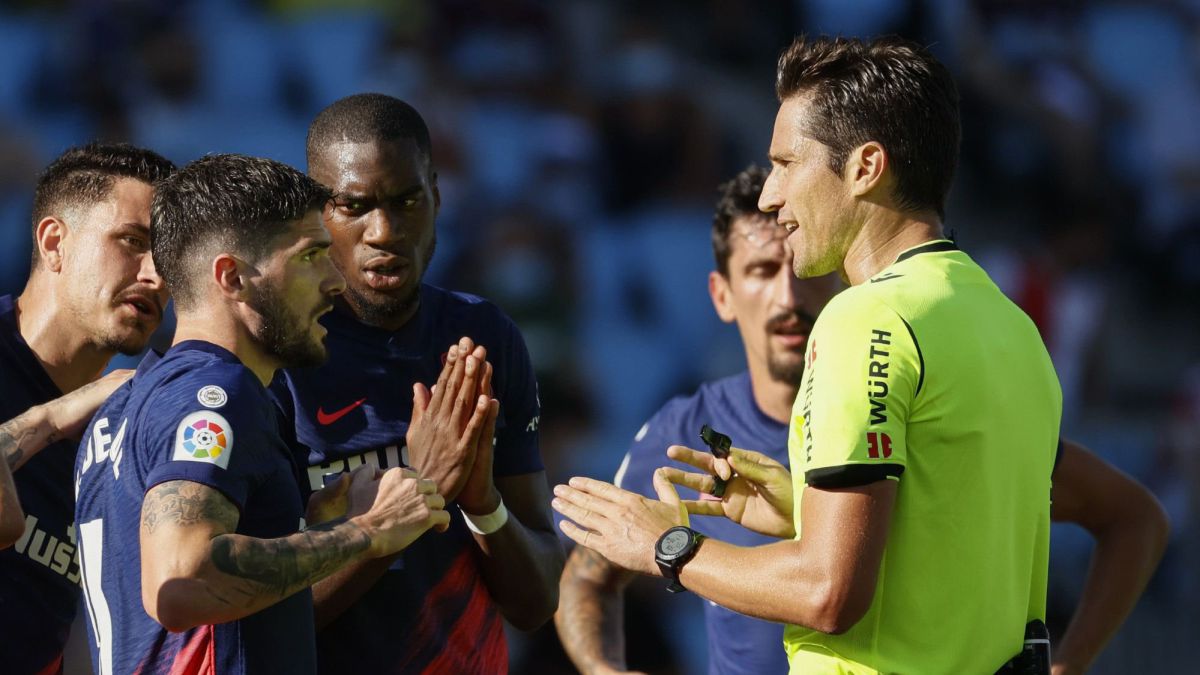 It only took six games to be played for the controversy of the hands to reopen in Spain. The ball fell to Llorente in a rebound, it bounced off his body and hit him on the hand. Munuera Montero, match referee, did not indicate anything at first, but at the request of the VAR referee, Medié Jiménez, he went to the monitor and indicated a maximum penalty that served Aspas to cut distances in favor of Celta.

A hand that has created a lot of controversy, the players complained to the Andalusian referee that it was not a hand, according to the criteria explained by the Refereeing Committee in the middle of the week. But what does the regulation say? We review it:

There are different types of arm / hand positions that lead to the referee signaling the infraction. The most basic is the voluntary, that made by a player with a gesture or movement of the arm towards the ball. Then there is the most controversial one that creates the most doubts: the one in an unnatural position. That is, the one that occurs when a player occupies a greater space with his arm / hand running a risk and cuts a pass, shot, etc. And finally, the immediate hand to the goal, even if it is accidental. When a forward scores a goal immediately after committing a hand, even if it is committed accidentally.

What is not hand?

To determine what is a hand and what is not, it is necessary to take into account the caveats of when a ball hits the arm and it is not considered an infringement. Basically, the hands in a natural position, those that are attached or close to the body. Also lthe hands supported or on the way to the ground, since they use it as a support to maintain balance. Of course, it should not be stretched looking to cut the ball, in that case it would be indicated. Hand after ball played by the player himself. That is, he deliberately plays the ball and hits his own arm / hand. Neither is the hand from a clearance by a teammate punished. Neither goal after accidental and immediate hand of a teammate nor goal after accidental non-immediate hand.

The key from Llorente’s hand

That hand of Marcos Llorente has created the first controversy of the season. The player said that it was not and, even, Aspa affirmed after the game that at first it seemed to him that it was not either. What should Medié and Munuera have played? Well, this hand is on the border between being considered natural or unnatural. According to the aforementioned criteria, both must have interpreted that he was in an unnatural position and that he was cutting off an occasion. Although it could also consider natural, according to the criteria explained by the Technical Committee of Referees, last Thursday and Friday, since the hand is close to the body and is in correlation to the movement that it was doing with the body. Where is the key? Well, at the moment the ball fell, if that hand was already in an unnatural or unnatural position. Both referees interpreted that it was the second circumstance and, therefore, decided to signal the penalty. Although it is an action very to the limit and that generates another debate. Was that hand a clear and manifest error for the VAR to warn? According to Medié Jiménez, who was in the VOR room, yes. If not, he would not have called his partner.