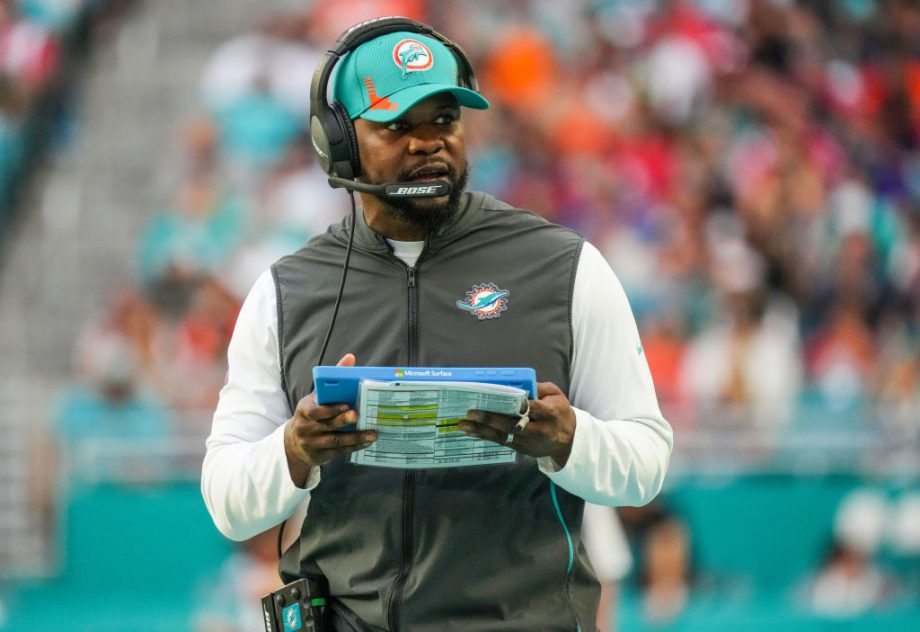 Everything indicates that the NFL is back in the eye of the hurricane, because the coach Brian Flores filed a lawsuit against him for racism. Included in this are three League teams such as the Miami Dolphins, who have worked with this HC for the past three seasons.

The objective of all this is to generate a change in the NFL in favor of the African-American community to gain ground in different positions. adam schefter was one of the first journalists to report on the situation and explained that the Patriots coach, Bill Belichick is also involved in the subject.

The demand explains that the owner of the Miami Dolphins, Stephen Ross would have offered him $100,000 in 2019 for each loss. Also, Chris Grier revealed that Ross was upset every time the team won a game because “he was compromising the positions in the Draft“. The intention was to get the first pick.

And with the Broncos the situation goes through an interview in which he was going to meet the general manager John Elway and president Joe Elliyes In addition to the fact that they both showed up an hour late for the appointment, both arrived hungover from excessive drinking the night before. Still, it is argued that Brian Flores was not considered for the job in Denver and Vic Fangio was introduced as coach shortly after.

Aware that this lawsuit could cost him his NFL career, Brian Flores made his position clear for real change.

“God has gifted me with a special talent to coach football, but the need for change is bigger than my personal goals. By making the decision to sue, I understand that I can take a risk in the game that I love and that has given me so much. me and my family. My sincere hope is that by standing up against systemic racism in the NFL, others will come together to ensure positive change for generations to come.“said the former Miami coach.

And what does Bill Belichick have to do with all this?

Brian Flores has a long history with Bill Belichick, so the chats presented as evidence make more sense through the relationship between these two head coaches. It all started with the Patriots, when Flores was Belichick’s assistant coach from 2008 to 2018.

The current NFL plaintiff climbed the ladder of the Patriots organization chart and knew perfectly well the work of his friend Bill Belichick. He was a special teams assistant, offensive assistant coach, defensive assistant, safety coach and finally linebackers coach on the Pats.

It was until 2019 when Brian Flores left the tutelage of Bill Belichick and it was his first opportunity as head coach with the Miami Dolphins. His record with the Dolphins is 24 wins and 25 losses; in the 2021 season they came close to reaching a wild card spot for the postseason, but could not achieve it and ended up being fired from their position.

And what do the messages say?

It turns out and highlights that Belichick assumed that Brian Flores would be hired by the New York Giants without even having conducted the corresponding interview. However, days later the Patriots coach corrected and clarified that the one chosen by the managers was actually Brian Daboll.

What does Brian Flores’ lawsuit mean to the NFL and three of its teams for racism?