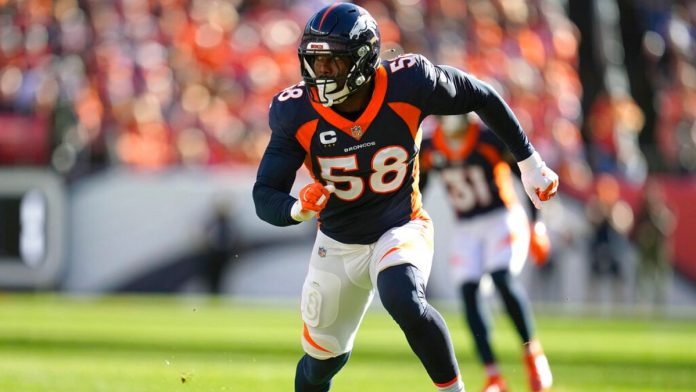 Linebacker Von Miller, a Super Bowl LVI champion with the Los Angeles Rams, has signed a six-year, $120 million contract to play for the NFL’s Buffalo Bills.

With the arrival of the linebacker, coach Sean McDermott’s team reinforced an already powerful defensive line that in the 2021 season was the one that allowed the fewest points and yards.

Von Miller, who will turn 33 on March 26, has won the Super Bowl twice in his career; this year he obtained it with the Rams and in the 50th edition with the Denver Broncos, championship in which he was designated as the Most Valuable Player.

The eight-time Pro Bowl selection, injured in the first games of 2021, had five quarterback sacks in eight regular-season games and four more in the playoffs, two of them in Super Bowl LVI in which the Rams won. Bengals 23-20.

Born in DeSoto, Texas, Miller came to the NFL selected by the Broncos in second place in the first round of the 2011 Draft. In his first season in Denver, he won the Rookie of the Year award; with the Broncos he remained until 2020; in 2021 he was a key player in the Rams’ successful season.

In addition to Miller, the Bills signed defensive lineman DaQuan Jones to a one-year deal, who played for the Carolina Panthers last season, in which he had 34 tackles and a quarterback sack.

In other relevant free agency moves this Wednesday, the Las Vegas Raiders hired receiver Mack Hollins, formerly of Miami, and power broker Jakob Johnson, who defended the colors of the Patriots in 2021.

The Miami Dolphins signed fullback Alec Ingold, 25, from the Raiders.

Von Miller moves from the Rams to the NFL Bills