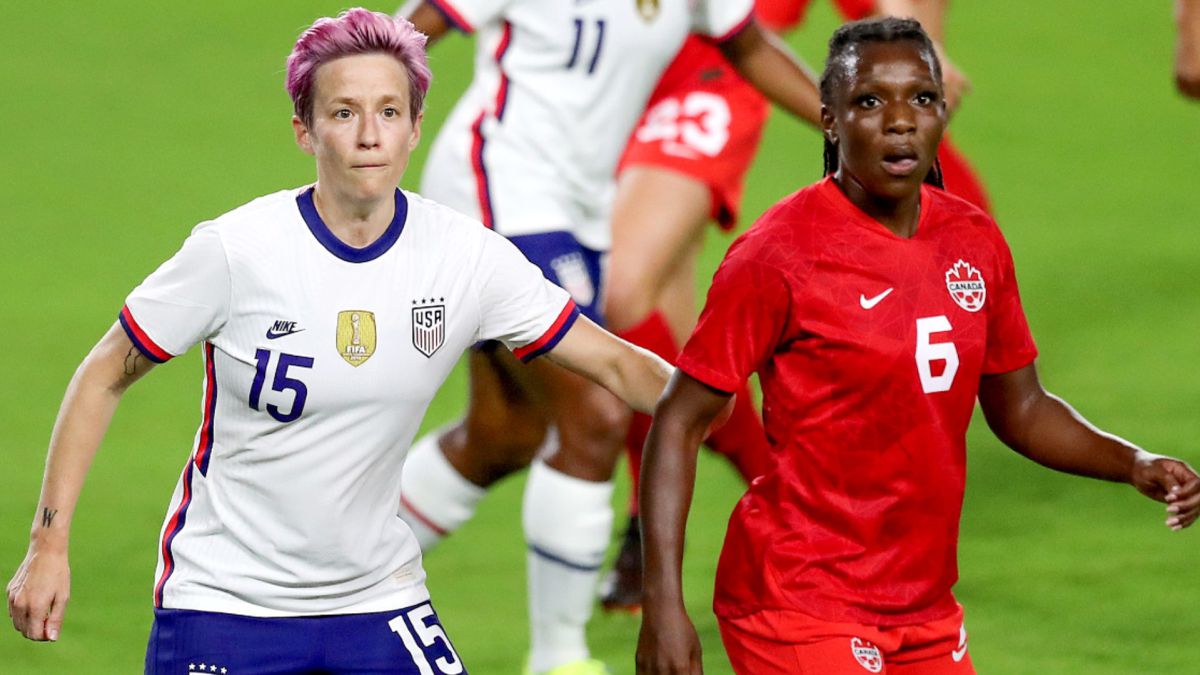 The United States selection is one step away from reaping a new medal in women’s football, as USWNT qualified for the semifinals of the tournament held in Tokyo, after beating the Netherlands in a dramatic series of penalties, then now he will face one of his favorite prey again, as he will face the Canadian team for the third time in the history of the Olympic Games, where the Concacaf zone has already secured a medal within Tokyo 2020.

The United States and Canada will meet again in the final phase of the Olympic Games, in a duel in which the stars and stripes squad has dominance over its northern neighbors, In their two previous duels, the USWNT has eliminated Canada, within the Beijing 2008 and London 2012 editions, in which the US squad also won the gold medal.

The USA women’s team is looking for its fifth gold medal, to maintain its dominance within the branch in the Olympic Games, But first, it will have to pass before the Canadian team, before which it has a 2-0 mark in the Olympic Games, because in its first confrontation, the USWNT left its neighbors out in the quarterfinals of the Games held in Beijing., by scoring 2 goals to 1 in overtime, in a tournament in which they later took the gold after beating Brazil in the final.

Four years later The United States and Canada would meet again at the Olympic Games in London 2012, where again in overtime, the American team won the victory and advanced to the grand final of the women’s tournament, thanks to an agonizing goal by Alex Morgan in extra time, and then beat Japan to consummate their three-time championship Olympic.

The duel to be played this Monday at the Ibaraki Kashima, at 5:00 pm local time (4:00 am ET), will define the first team qualified for the final of the women’s soccer tournament in Tokyo 2020, where the winner will face the team that is the winner in the series between Australia and Sweden, to define the gold medal in Japanese territory.

Broad US dominance over Canada

Throughout its history, the USWNT has not played a national team more times than Canada., because this Monday’s duel will be the 62nd confrontation between both squads, which has extensive US dominance with 51 wins, 3 losses and 7 draws, which will seek to expand to ensure one more medal for the United States in these Games.

The last duel between the United States and Canada was played just last February, within the SheBelieves Cup in which the squad led by Vlatko Andonovski was left with the victory by the smallest difference with a goal from Rose Lavelle.