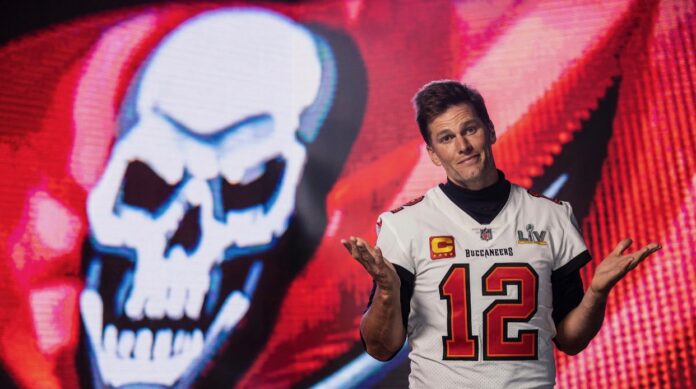 US bookmakers celebrate the return of Tom Brady. Within days of the star announcing his return, the volume of plays on Brady and the Buccaneers skyrocketed. 70% of bettors invested their money in the legendary quarterback as the new MVP and the title of the “Bucs” is already paying 65% less.

It is a round business for US bookmakers. But it was much less so for the fan than last Saturday, 24 hours before Brady announced his return, he paid $500,000 to buy the ball that was believed to be the last touchdown provided by the Tampa Bay quarterback. Buccaneers in the NFL.

Brady’s message published on his social networks on the American afternoon last Sunday received more than 100,000 comments and more than 600,000 “likes” in a few hours. The news of his return went around the world in a few minutes and completely revolutionized the perception of balances in the NFL. EFE spokespersons for FanDuel, one of the most important bookmakers in the United States (USA).

“We are very excited to have Tom Brady back. Sunday, when he announced his return, it was a great day. After his message, the Buccaneers went from paying +2,200 ($23.00, depending on the payout style of sportsbooks). European) to +750 (8.50) in the market to be Super Bowl champions,” said Kevin Hennessey of FanDuel.

Authentic dominator of bookmakers in the US

The Buccaneers, who this year were eliminated in the playoff quarterfinals by the Los Angeles Rams after being champions in 2021, Brady’s first season with the new team, are now considered the second favorites for the new season.

Only Josh Allen’s Buffalo Bills come out ahead of the Buccaneers, according to the sportsbooks.

At 44 years old, the quarterback from San Mateo (California) is still a true dominator of the NFL. The 7 titles won, a record in the history of this sport, did not satisfy his hunger for success and competition.

Your victory is paid +900 (10.00, according to the European payout formula). Although Russell Wilson of the Denver Broncos, Joe Burrow of the Cincinnati Bengals and Josh Allen of the Buffalo Bills are considered favorites by the sportsbooks, the legendary Brady commands a huge amount of trust.

“Overall, the Tampa Bay ‘Bucs’ are the 12th most betted team by our customers and 6th when it comes to their chances of making it to the Super Bowl next year,” Hennessey said.

US bookmakers celebrate the return of Tom Brady