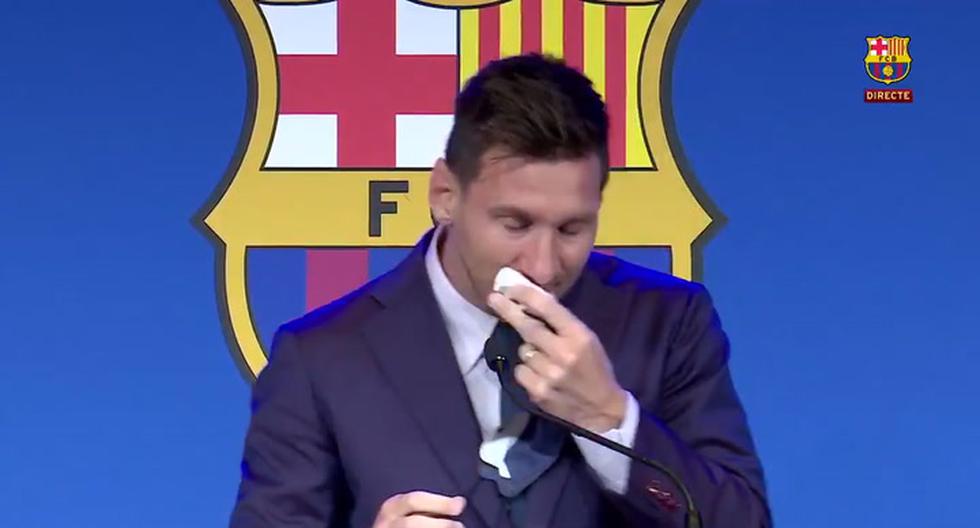 “I was not ready”. Lionel messi She was unable to control her crying as she entered her farewell press conference. For the Argentine it was inevitable not to feel sadness for the situation in which he says goodbye to the Barça club, confirming that he believed that he would stay in FC Barcelona for much longer and that the situation compared to last season was different.

“I don’t know if I will be able to speak. These days I was thinking, thinking about what I could say, nothing came out, I was blocked as before, this is very difficult for me after so many years. I was not ready”, ripped off Messi between emotional tears.

Messi highlighted the situation in 2020 when he wanted to retire and made it known through a burofax, commenting that at the time he felt prepared to leave the Barça club, but that at present he did not get a glimpse of the option.

“Last year, with the burofax issue, I was convinced of what I was going to say, not this year. This year with my family I believed that we would continue here and we wanted to continue enjoying the life we ​​have in Barcelona, ​​both in sports and in everyday life “, argued Messi.

Grateful to Barcelona, ​​the city he called home: “After 20 years I am leaving with a wife and three Catalan-Argentines. We are going to come back because this is our house and I promised my children too “added the footballer in his last stay at the FC Barcelona headquarters.

“I never imagined my farewell because I didn’t think about it. I would have liked it to be with people, in the field, I would have liked a last standing ovation from them. I missed them so much during the pandemic when we couldn’t play with the public. I miss that they call my name “Messi said with more calm in his voice. A new era in football begins, with the presentation of the Catalan team against Juventus, precisely Messi’s first duel as a footballer.